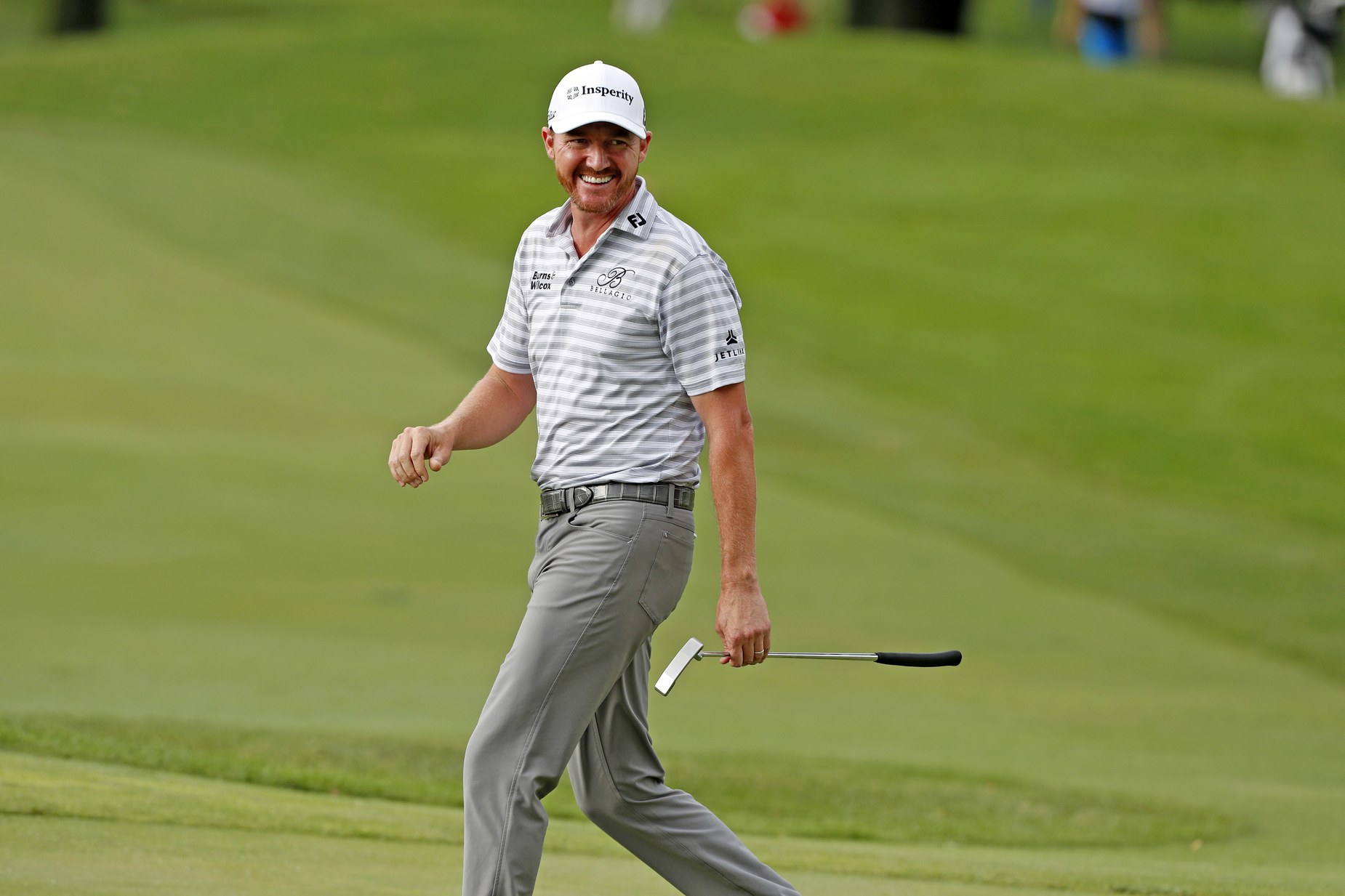 By Dave Shedloski
The week before he defends his title in the PGA Championship at Quail Hollow Club in Charlotte, Jimmy Walker is the surprise halfway leader at the WGC-Bridgestone Invitational. It’s surprising because Walker is only about halfway back to health as he deals with the sporadic effects of Lyme disease.

“I still have to deal with it, and it’s better than it was, but it’s still there,” said Walker, who was diagnosed with the tick-borne bacterial illness in April, but has no idea when he contracted it. “It affects different parts of your daily life. I just keep plugging away.”

That he did Friday at the arduous South Course at Firestone Country Club, as he managed his game amid a series of weather delays to fire a five-under-par 65 and take a two-stroke lead over Thomas Pieters, the first-round leader. Walker, 38, completed 36 holes in seven-under 133. Pieters had a 70 Friday for 135, while Zach Johnson, Rory McIlroy and Hideki Matsuyama were next at four-under 136.

Walker, the lanky Texan, said that he already has taken one course of antibiotics but might have to have another. He manages his symptoms, mainly flu-like maladies, with supplements and Advil. The latter came in handy when Walker woke up Friday feeling achy and ill. He felt another spell coming on after the day’s final delay of three hours, 23 minutes and reached for the Advil again to get him to the finish line.

Because of the malady, Walker has endured a difficult season in which he has posted just one top-10 finish, that coming in the SBS Tournament of Champions in January. His best showing in the first three majors this year is T-18 at the Masters.

Asked Thursday if he was ready to defend his PGA title, Walker paused before saying, “Honestly, I don’t know. Because I don’t know how I’ll feel day to day.”

Friday’s round has buoyed his hopes. Last year, Walker had a strong showing in the RBC Canadian Open, T-14, before capturing his first major title at Baltusrol Golf Club. Perhaps he can ride a similar type of momentum.

“That would be awesome. It was definitely a feel-good weekend for me there [last year] seeing some putts go in, hitting some shots, driving it well,” he said. “That’s what I’ve done the last two days here. So yeah, that would be great. Whatever happens next week is next week but I’m still just looking forward to going out and doing it again tomorrow. I know it’s going to be a challenge and it’s been a while, so there’s some emotions going on out there, and the hard work, and still dealing with what I’m dealing with.

“It’s always important to have a good week. I haven’t had too many this year, it’s kind of rough. But things have been trending, I kind of feel like, and hopefully this is shades of things to come.”