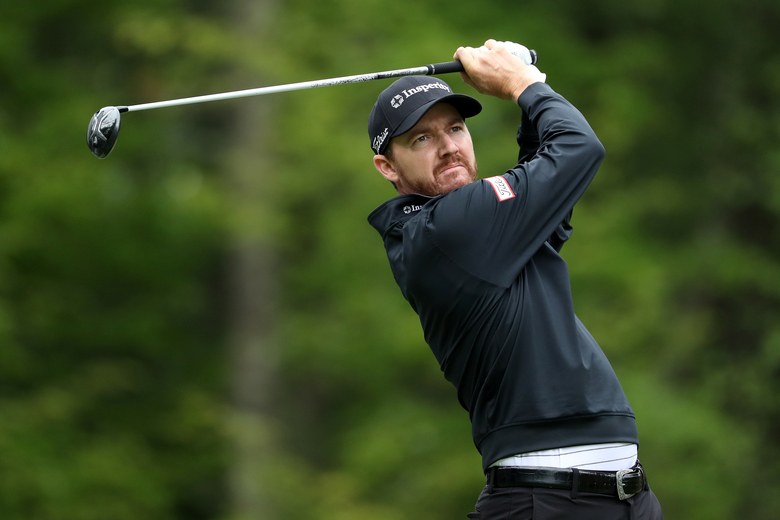 By Christopher Powers
Just over a year ago Jimmy Walker won the PGA Championship at Baltusrol Golf Club, then finished third two weeks later at the Deutsche Bank Championship. Since then, he’s had just one top-10 finish, but has managed seven top-25s this season despite battling Lyme disease. On Friday at the WGC-Bridgestone Invitational, Walker matched his round of the year, a five-under 65 on Firestone Country Club’s South Course to grab a two-stroke lead at seven-under 133.

Walker, 38, made birdie on three of his first five holes, and after dropping a shot at the par-3 seventh, bounced back with another birdie at the eighth. He then played his final 10 holes in bogey-free two under. While he hasn’t had his best season, Walker has still made 13 of 18 cuts and made more than a $1 million. His game appears to be rounding into form just in time for his title defense next week at Quail Hollow.

Two back is Belgium’s Thomas Pieters, the first round leader, who carded an even-par 70 and sits at five-under 135.

Two of the world’s top four players, Rory McIlroy and Hideki Matsuyama, are three strokes off the lead at four-under 136. McIlroy, 28, carded a one-under 69 that featured just two birdies and one bogey. Japan’s Matsuyama posted a three-under 67. With a win this week, he can add a second World Golf Championship to his stellar 2016-’17 campaign.

Zach Johnson is also at four-under 136 after shooting a second-round three-under 67. The two-time major champion is in search of his first victory since the 2015 Open Championship at St. Andrews. Despite not being a big hitter, Johnson, 41, has fared well at Firestone’s long South Course, finishing in the top-25 five times and the top-10 four times in 12 starts at the Bridgestone.

Six players are tied for sixth at three-under 137, including Jason Day and Jordan Spieth.