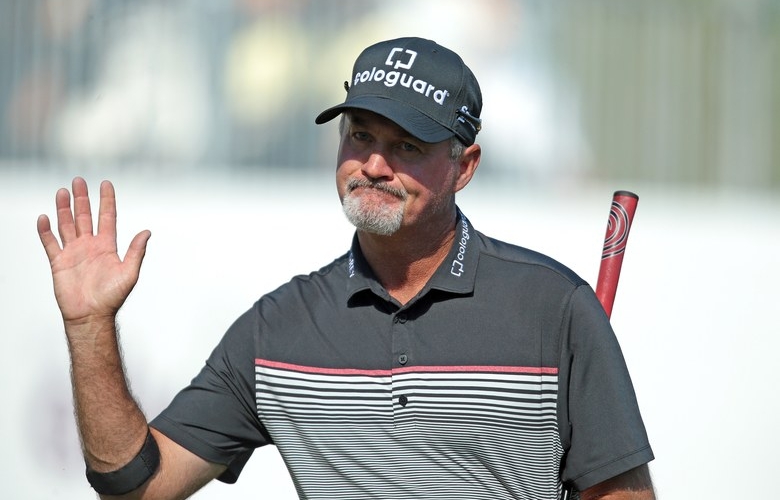 NurPhoto
Jerry Kelly won the SAS Championship, his third victory of the year. (Photo by Jorge Lemus/NurPhoto via Getty Images)

By John Strege
Jerry Kelly will enter the Charles Schwab Cup playoffs with a momentum advantage following his victory in the SAS Championship on Sunday, his second win in the last four weeks.

Kelly shot a seven-under-par 65 at Prestonwood Country Club in Cary, N.C., to win the final event of the PGA Tour Champions’ regular season by a shot over Australian David McKenzie.

“I feel good,” Kelly said about his prospects heading into next week’s the Dominion Energy Charity Classic, the first of three Schwab Cup playoff tournaments. “I’m healthy. I hit the ball well. I had a great Face Time lesson with my coach Jim Schuman, because I was kind of lost, coming off Pebble [the PURE Insurance Championship]. Pebble does that to me. He really gave me some great thoughts and I struck it beautiful this week.”

He will enter the playoffs trailing only Scott McCarron, who has not won since the Mastercard Japan Championship in early June, though he continues to rack up top 10s, including a tie for eighth on Sunday.

Kelly, 52, began the final round in third place, a stroke behind co-leaders Doug Barron and Woody Austin. He made five straight birdies to close the front nine and take a four-stroke lead into the back nine.

His greatest threat was McKenzie, who played the back nine in six-under-par 31 with four birdies and a 17th-hole eagle, when he holed out from a green-side bunker to cut the deficit to one. But Kelly had a two-putt birdie at 17 and secured his victory with a three-putt bogey at 18.

Austin and Barron, along with David Toms, tied for third.