Jason Day, contending at Pebble Beach, says recent back issues have had him pondering an early end to his career 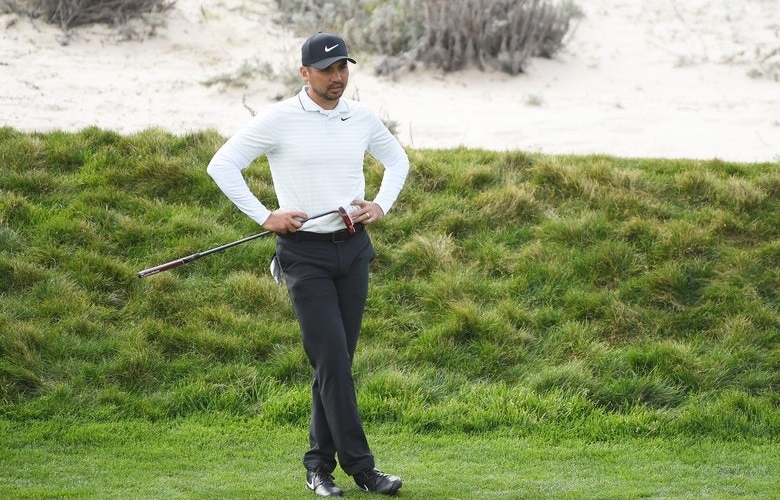 Harry How/Getty Images
Jason Day looks over a putt on the third green at Spyglass Hill during the third round of the 2020 AT&T Pebble Beach Pro-Am.

By Dave Shedloski
PEBBLE BEACH — Golf is not unique among professional sports in pushing its practitioners, men and women who expect to excel at the pinnacle of their respective pursuits, to some dark places. But golf has so many more black corners and deep holes in which to feel blind. Or lost. Or hopeless.

Jason Day is trying to find his way out of a wilderness by following some familiar bread crumbs, ones that scores of players have followed, ones that he already has seen before.

After a winless 2019 campaign and a return of severe back problems, Day started wondering whether his career might be over. A player who has to come back from a back injury has plenty of company, Tiger Woods just being one compadre. It’s a tough road. Tough. Lonely. Did we mention tough?

In December, after having to withdraw from the Presidents Cup in his native Australia, Day, in agonizing pain, told his wife, Ellie, “I think I’m nearly done here.”

Even his good days weren’t very good. And his play suffered, of course.

Which is why this week’s AT&T Pebble Beach Pro-Am has been so encouraging. Heading into Sunday’s final round at Pebble Beach Golf Links, Day is in third place and just three behind the leader, Nick Taylor, after a two-under-par 70 at Spyglass Hill on Saturday left him at 14-under 201. Having drifted back to 46th in the World Rankings, Day seeks his first victory since the 2018 Wells Fargo Championship and his first win at Pebble Beach despite five top-five finishes here in 10 appearances. 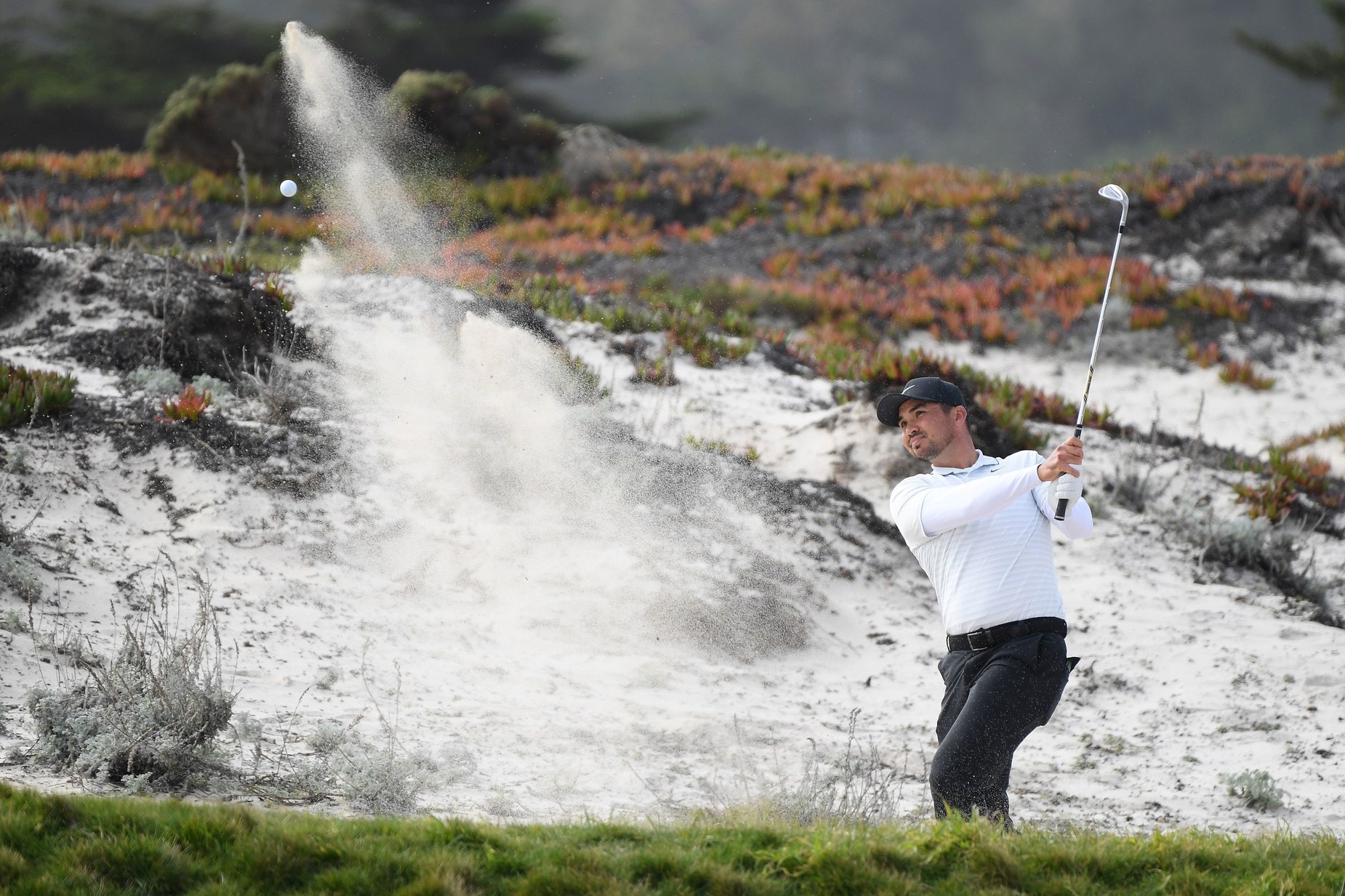 Harry How
Day’s two-under 70 at Spyglass on Saturday has him three off the lead entering the final round at Pebble Beach.

But it’s not a zero-sum game for Day when he tees off at 9:38 a.m. Pacific time at Pebble Beach Golf Links in search of his 13th career PGA Tour title. Just playing is something that he’s grateful to keep doing.

“I feel like it’s been a long time since I’ve actually been out there and felt the way that I felt out there today and played well like that,” Day said on Friday after shooting an eight-under 64 at Pebble Beach, his best score in nearly two years. “It’s hard because you compete week-in and week-out and you expect so much of yourself, and everyone does, but sometimes when you’re injured, like for the most part I was all last year, it’s just, it gets frustrating.

“And not only do you get frustrated,” he added, “you don’t get the results and you lose confidence. … And you feel like your world is kind of crumbling around yourself, especially as an athlete who has played, who plays injured. And it’s not a good feeling because there’s some dark moments in there that you got to kind of fight through.”

At that point, most athletes would have to pause and take a deep breath. Day has been taking many of those. Part of his rehab therapy has been blowing up balloons for 30 minutes at a time. The exercise helps align his rib cage, which tends to get out of alignment, adversely affecting his back, and strengthens his core.

Doing that a few times a day gives a man time to think. Which isn’t always a good thing.

“All last year, I would sit there and think, ‘OK, I don’t know how much I can kind of push myself through this.’ I thought maybe I’ll re-evaluate things at 40,” he said. “And I’m like, ‘If I can kind of push it to 35 then that would be good.’ But those are the things that go along in your head. As you’re an injured player, you think, maybe my time is just coming around the corner, and I might have to rack the clubs. And that’s a really terrible way of seeing it because I am only 32.”

On Saturday, Day continued his solid play in what is just his second start of 2020. And he further was buoyed by having his family follow along in the gallery. That included his mother, Dening, who has been in the United States for two months now as she continues to recover from lung cancer with which she was diagnosed in 2017.

Talk about emerging from a dark place.

Day loved seeing his mom and the rest of the family out there. It provided a little more perspective. “I’ve got a lot more gratitude being here,” he said. “I think I’m a lot more happier and that hopefully yields better play [on Sunday].” 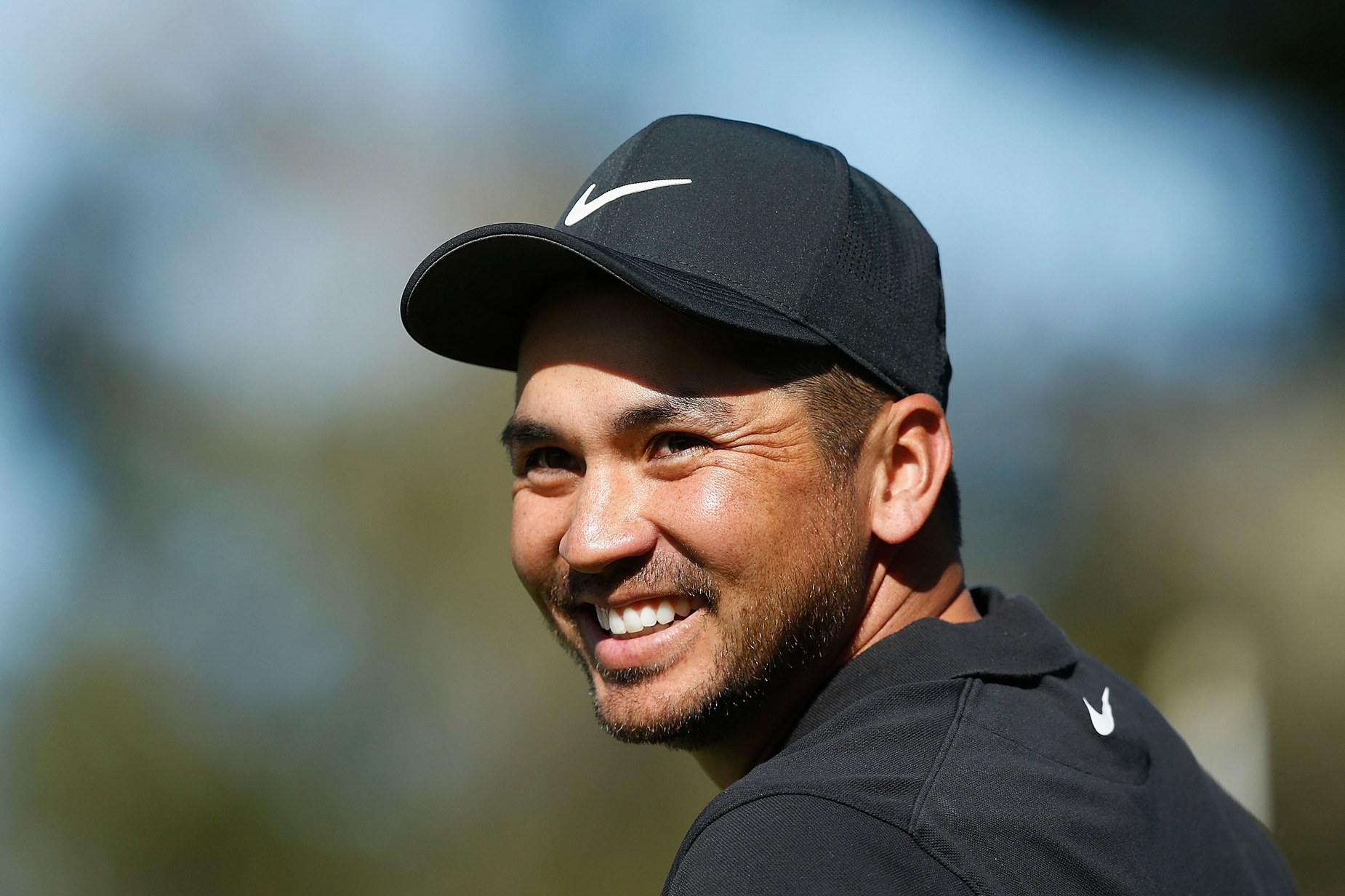 Lachlan Cunningham/Getty Images
Day’s spirits have been lifted by having his mother, a cancer survivor, in the crowd this week at Pebble Beach.

Regardless of the outcome, Day is just going to keep taking deep breaths, keep moving away from the dark places. So he’s ready for whatever comes his way over these final 18 holes.

“I think a lot of people would probably view it that I’m desperate for a good finish,” he said. “I don’t think I’m worrying about that. I’ve just got to focus on just trying to do the best job I can tomorrow and if it happens, it happens and then if it doesn’t. Then I just build on it and go to the next tournament and try and build and build and build. And sooner or later I’ll have a boatload of confidence, I’ll be able to hit my shots and sooner or later I’m going to win.

“I honestly believe if I keep playing the way that I’m doing, I will win, if not tomorrow then soon.”