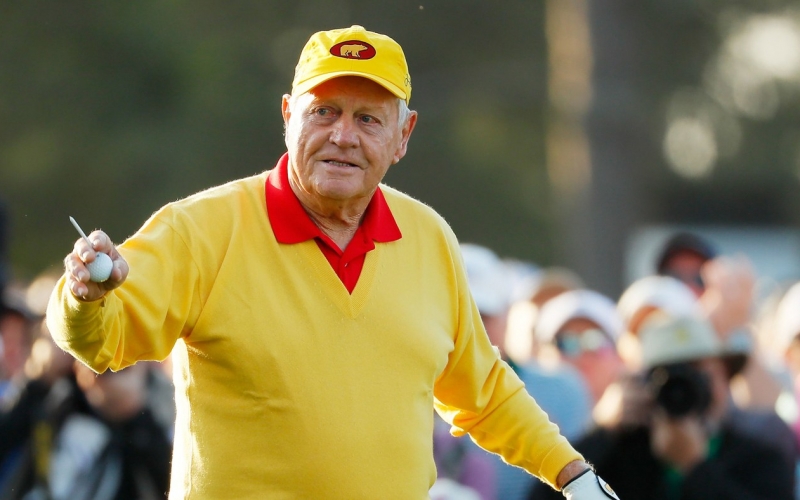 By Dave Shedloski
As he turns 80 years old Tuesday, Jack Nicklaus still could do a lot of things with his life. He could design golf courses. He could raise money for his favourite charity. He might even entertain the odd young player precocious and perceptive enough to seek his advice on a variety of topics, be it how to think, how to prepare, how to win, how to balance golf and life.

A man with an insatiable appetite for living and an acumen still too keen and kinetic to be restrained by age could do all those things. And so Jack Nicklaus does them. And more. Because the one thing he couldn’t ever see himself doing is slowing down.

“I’ve still got a lot of things I want to do,” said Nicklaus, the 18-time major champion, course designer, tournament host and go-to guru to a wave of young players who recognise his genius, even if they’ve never seen him swing a golf club. “I certainly don’t have any reason to want to go curl up in a corner someplace with a green banana and hope it gets ripe,” Nicklaus says.

The Golden Bear delights in telling old-man jokes, but there’s a constancy to Nicklaus, a consistency of mind-set and character and core beliefs that keeps him relevant and, therefore, contemporary. The guy you get today is the same one who won 73 PGA Tour titles, including the record 18 majors, over three decades. He stands nearly three inches shorter than he was in his prime, when he was known as Big Jack because of his size, his outsized power game and personality, and his stature as one of the game’s leaders. Nevertheless he remains, indisputably, Big Jack. He still thinks like a competitor and still has the best interests of the game at heart, be it his tireless crusade, born of practicality, to reign in the golf ball or promote the inclusion of golf in the Olympics.

Nicklaus’ playing record doesn’t hurt, either. He was Tiger Woods before Tiger Woods—a decorated amateur, dominant as a pro, intimidating in the big events, physically gifted and psychologically irrepressible. Driven.

In addition to hosting a PGA Tour event, the Memorial Tournament, outside his hometown of Columbus, Ohio, Nicklaus remains active in golf-course design, working on close to a dozen courses. With his wife, Barbara, who turns 80 in February, Jack is passionate about raising money for their charitable initiative, the Nicklaus Children’s Health Care Foundation. He is especially proud of the foundation, which has raised more than $100 million since its inception in 2004 and has financed 18 children’s medical facilities in Florida. Nice number, 18.

Barbara and Jack share a laugh during the Memorial. (Chris Condon)

“I don’t think I’m really going to retire. I have no desire to retire,” Nicklaus said. “From a standpoint of golf, I still keep my hand in with a few sort of special events and different tournaments. … From the foundation standpoint, we’re just getting started. And we’ve had such great results from what we’ve done, and we’ve helped a lot of kids, and Barbara’s been so great in the way she’s led the foundation. It’s changed my life. And I’ve said many times, ‘She supported me for 50 years; now it’s my turn.’ I’ve, frankly, really enjoyed it, and it’s been eye-opening to me.”

Another eye-opener has been the number of young players who have been seeking his counsel. This began about 15 years ago, which just so happens to be around the time he stepped away from competitive golf.

Players like Trevor Immelman and Charl Schwartzel approached him to get his thoughts on how to play Augusta National, and now they are Masters champions. Rory McIlroy, Rickie Fowler, Justin Thomas, Patrick Cantlay and Dustin Johnson are among others who have sat down with him. Just last week, Patrick Rodgers asked to have lunch with him at his Bear’s Club in Jupiter, Fla., where most of these tutorials take place.

“I don’t go out and seek this. But I am available,” Nicklaus said with a tinge of wonder in his voice. “I’ve always felt like I might have some knowledge or … you might call it wisdom. I don’t know whether it is or not. I might have something to impart to the kids that might help them, and I’m delighted to supply that to any one of them. It’s very flattering to me that anybody 22 or 23 years old would want to hear from an 80-year-old. You never listened to your dad, why would you listen to your great-great-grandfather, you know? But it’s very nice, and I enjoy it.”

Nicklaus relishes the chance to mentor younger players, including McIlroy, who have sought him out for advice. (Tracy Wilcox)

Nicklaus says he has no regrets, and that’s not surprising because he has left himself so little time in a four-score lifetime to really sit back and come up with any. He had no special plans for the big day; he and Barbara celebrated their birthdays together a week ago Saturday with a guest list of some 200 family and friends. More than 100 people—from politics, golf, sports and entertainment—sent video wishes to the couple, who will mark their 60th wedding anniversary in July.