It’s a must-watch reunion between Phil Mickelson and his former caddie at the WGC-FedEx St. Jude 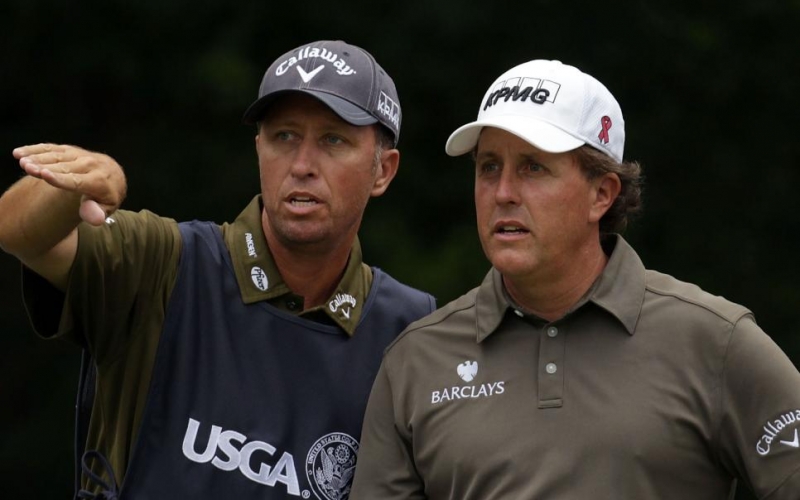 By Tod Leonard
It might be light and airy. It might be awkward. It might be strictly business. We know this: When Phil Mickelson and his former caddie of 25 years, Jim (Bones) Mackay, come face to face on the first tee on Sunday at TPC Southwind in Memphis, it will be fascinating theatre.

Mickelson and Mackay, who parted ways three years ago after this tournament, the WGC-FedEx St. Jude Invitational, will be reunited on the golf course in a group for the first time since their breakup.

Mackay, of course, took an on-course commentating job with NBC and Golf Channel, though he has made cameo appearances of late on the bag of Matthew Fitzpatrick and now Justin Thomas, whose regular caddie,Jimmy Johnson, has been undergoing tests since becoming ill at the Memorial Tournament.

On Phil’s bag is his brother, Tim, who gave up being Jon Rahm’s agent to loop after Mackay’s departure.

At least on television, Mackay and Mickelson have crossed paths only by happenstance. Much of that might be due to Mackay working among the lead groups, of which Mickelson has not often been a part of in the last few years. The Hall of Famer has won twice since Mackay left the bag—they won 42 times and five majors together— but Mickelson has only one top-10 finish in 13 starts this season.

On the strength of a four-under-par 66 on Saturday, Mickelson moved into a tie for sixth place at seven under, five off the lead of Brandon Todd. After his second 66 of the week, Thomas is one shot ahead of Mickelson, alone in fifth.

With Mackay on his bag for two events at Muirfield Village, Fitzpatrick followed a tie for 27th in the Workday Charity Open with a solo third in the Memorial. Thomas is trying for his third win of the season.