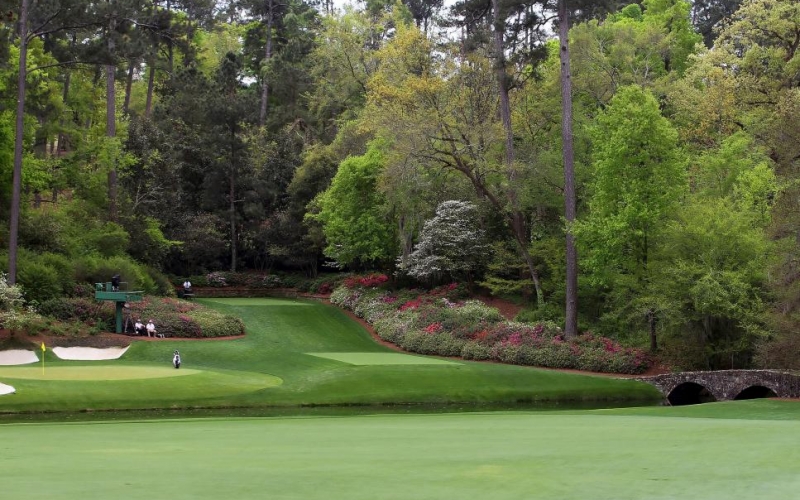 Icon Sports Wire
A view of Augusta National’s 13th tee from down the fairway.

By Ryan Herrington
Ever since Augusta National Golf Club bought land along its northwest boundary from neighbouring Augusta Country Club in 2017, there has been an expectation that one day that land would be used to build a new 13th tee, lengthening one of the most famous par 5s in golf beyond its current 510 yards.

That one day, however, appears to still be in the future.

David Dobbins and Eureka Earth, in its latest release of overhead images of the famed course, showed this view of Augusta National’s 12th green and 13th tee in a photo taken earlier this week.

It appears it’s time to press pause on the ANGC No. 13 Tee discussion — at least for now 😉 ©12OCT2020David Dobbins/Eureka Earth pic.twitter.com/IWNTezEnWV

As you can see, a row of trees stand behind the current 13th tee. Behind them is substantial space to expand the hole and move the teeing grounds, but given its current appearance, it’s a safe bet to say nothing will be in place for when the postponed Masters is played next month.

Mind you, the fact that there won’t be a change for the 2020 Masters makes a lot of sense given the context of the upcoming event. Competitors will already be working harder than usual during tournament week to account for how differently the course will play in November, compared to usual April conditions. To then ask them to prepare for an entirely new way to play the 13th hole would be a tall task.

Of course, a lengthening of the hole Augusta National calls “Azalea” still seems likely at some point. Only the club knows when “that one day” ultimately will be.