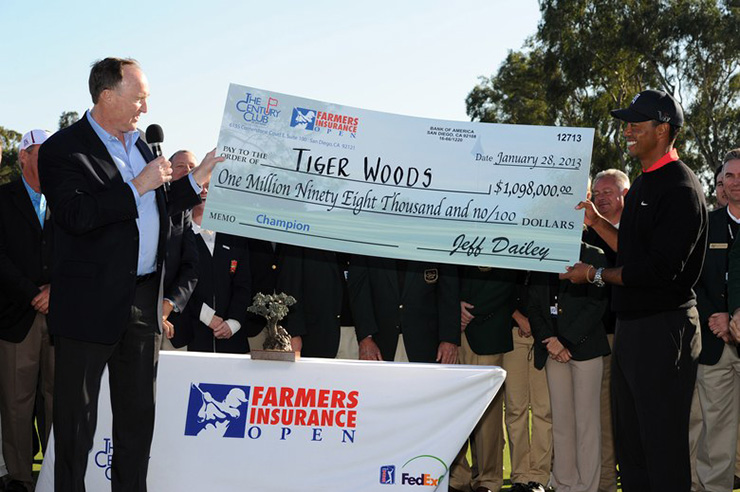 Tiger Woods’ grasp on the PGA Tour’s all-time money list is nothing new, but a new graphic showing the history of said list is making the rounds. And it’s staggering.

Data Golf is behind the (literally) moving chart that tells the story of the tour’s top career earners from 1990 to present day. It begins with Tom Kite in the poll position until Greg Norman overtakes him in June of 1995. But once Tiger, who didn’t turn pro until the following summer, jumps to the top spot in March of 2000, he is off to the races. Check it out:

Incredibly, Woods crossed the $100 million mark in September of 2012 and yet, six-and-a-half years later, no one else has come close. And there’s a chance no one else will for a long time. Mickelson passed $90 million earlier this year, but he turns 49 in June. And of the other current top 15, only Dustin Johnson, 34 and closing in on $60 million, has a real shot at it. Of course, younger stars like Rory McIlroy, Jordan Spieth, and Justin Thomas still have plenty of time to get there. But it will require exactly that.

Meanwhile, Woods, who is largely responsible for the increase in PGA Tour money during this recent era, became the PGA Tour’s all-time money leader during his mythical 2000 campaign. At the remarkably young age of 24. And he hasn’t had anyone closing on him in the rearview mirror in the two decades since.