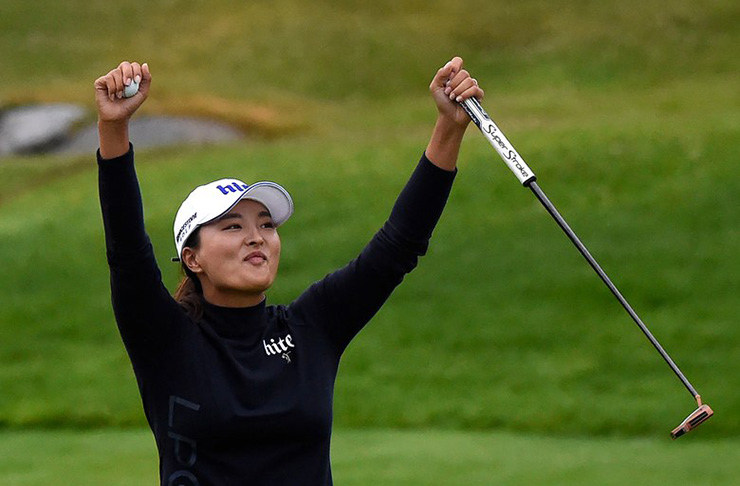 By Ryan Herrington
The PGA Tour’s player-of-the-year race wasn’t decided until the last tournament of the 2018-’19 season. And even after Rory McIlroy won the FedEx Cup title at the Tour Championship in August, the debate over whether he or Brooks Koepka deserved the top honour remained heated before McIlroy contentiously got the nod in a vote of tour members.

In contrast, who would pick up the LPGA player-of-the-year award has been a foregone conclusion for a few months. Jin Young Ko’s stats speak for themselves: four victories, including two major titles (ANA Inspiration and the Evian Championship), three runner-ups, five additional top-10 finishes and no missed cuts in 20 starts.

And with a T-9 finish on Sunday at the BMW Ladies Championship, the 24-year-old from South Korea officially ended the discussion. Despite three events remaining on the LPGA schedule, Ko’s edge in points over Jeongeun Lee6 (241 to 123) makes it mathematically impossible for anyone to catch Ko.

“I am so thankful to win the Rolex Player of the Year award,” said Ko, who was the LPGA rookie of the year in 2018. “This was one of the best years of my career and to earn this award is one of the best honours I could ever receive. Some of my golf heroes have won this award and I can’t believe that my name is now on the same list.”

There is more to for Ko to play for in the coming weeks. She currently leads the LPGA in scoring average (68.933) and prize money ($2.71 million). And she’s way out in front of the Race to CME Globe, although this year the points reset for the season-ending CME Group Tour Championship. For Ko then to win that top honour and the accompanying $1.5 million paydays, she’ll have to prove herself again the final week of the season at Tiburon Golf Club.