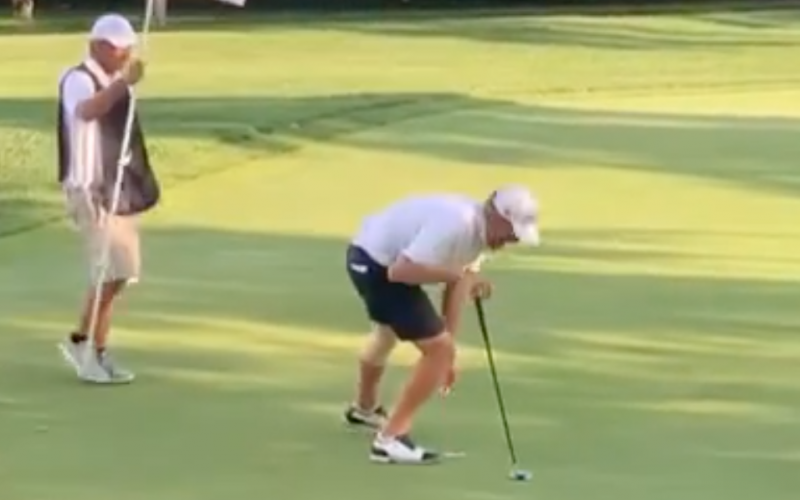 By Alex Myers
It’s rare that a two-foot putt is highlight-reel worthy, let alone at a junior golf tournament. But add in a fluke injury and the fact it was made by the son of one of the world’s best players, and, well, here we are.

On Monday night, Ian Poulter shared a video of his son, Luke, converting the short birdie look on his final hole of the second round at the Dye Junior Invitational. But it wasn’t the putt itself that attracted attention, rather what happened immediately before.

As Poulter writes, the “bizarre birdie” came after Luke managed to dislocate his left kneecap reacting to his eagle putt lipping out. This caused a delay in play as paramedics were called to reposition and wrap his knee. Luke eventually holed the putt before hobbling off the ninth green at Crooked Stick. Have a look:

As Poulter noted, Luke was eight over through his first nine holes before going seven-under over his next 27 holes to get within two shots of the lead entering the final round. But his status for Tuesday is uncertain.

“Not sure right now if by icing and compression will allow him to compete tomorrow in the last round,” Poulter wrote.

What is for sure, though, is that both father and son will remember that birdie for a long time.

It wasn’t the most high-profile cancellation—that goes to the Open Championship—but the nixing of last year’s U.S. Open qualifying process proved a bitterly disappointing casualty of the COVID-19 pandemic.