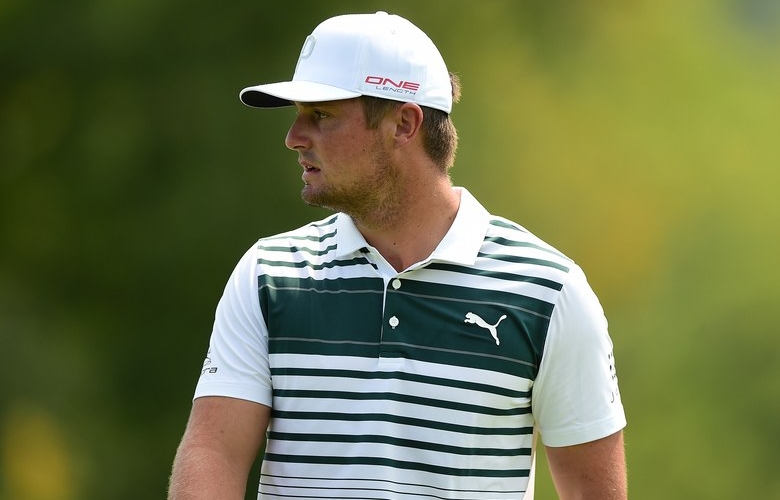 
By Dave Shedloski
After competing in the Tour Championship for the third year in a row, Marc Leishman figured two weeks off was plenty, so he is entered in this week’s A Military Tribute at The Greenbrier, the opening event of the new PGA Tour season that begins Thursday on the Old White TPC Course at The Greenbrier Resort.

His thinking is simple: You can’t start too early accumulating FedEx Cup points for another berth in the season-ending extravaganza that just paid winner Rory McIlroy a $15 million bonus. He isn’t alone. He is joined this week by Bryson DeChambeau, Sungjae Im, who just was named PGA Tour Rookie of the Year, and Jason Kokrak, all who played at East Lake Golf Club in Atlanta.

“It’s so important now to get off to a good start early in the season,” said Leishman, who plans to make four official starts before competing in the Australian Open in his native country followed by the Presidents Cup. “I was lucky enough to do that last year at the CIMB in Malaysia, and that’s the plan again this year, is to try and get off to a good start.

“I would love to win a tournament in the four I’m playing, but more importantly just try and give myself a chance and just get a few FedEx Cup points so I don’t feel like I’m behind the eight ball before we get to Hawaii [in January].”

Last season, six of eight winners in the fall portion of the schedule – including Leishman and DeChambeau, who captured the Shriners Hospitals for Children Open – advanced to the 30-man finale in Atlanta.

“Yeah, you want to get off to a good start, right? I mean, that’s the whole key,” said DeChambeau, the only world top-10 player in the field here. “Last year I won Shriners and was able to vault myself up the FedEx Cup leader board really quickly, and that’s what we wanted.”

RELATED: Bryson DeChambeau and the extraocular: He wins again doing it his way

“This is as big as any other event except the majors when you’re looking at what you try to do every season, which is try to win, keep your card, build on your career,” said former PGA champion Keegan Bradley. “You really feel like you have to play. You see some guys in the Tour Championship at the end of the season and you look at where they played, and you see that they crushed the fall.”

Not everyone has his eye on the Tour Championship. Just making it to the Northern Trust, the first FedEx Cup playoff event reserved for the top 125 in the standings, would be enough if they should not happen to win. That would make them fully exempt for the following season.

Don’t be surprised to see a lot of the same names competing week after week in these early-season tournaments.

“I’m not sure everyone understands how important the fall has become, especially for the ran- and-file guys. I was talking to some members at my club about this,” said veteran Ryan Armour. “If you’re not getting into the WGCs and you’re not in the majors, you’ve got to gobble in the fall a little bit. It took more points to get in every playoff event than everyone at first thought, so you have to hit the ground running. I think the majority of the membership has to take a look at playing more before that break in November-December.”

Especially given the increase in the number of events considered part of the “fall” schedule, even though it’s still officially summer.

This week’s $7.5 million event is the first of a record 11 tournaments scheduled before the holidays. Both the Greenbrier and Houston Open were on hiatus last season so that they could be pushed into the fall, while two new events, the ZOZO Championship in Japan and the Bermuda Championship, have been introduced to the slate.

“The fall schedule is, what, about 25 percent of our season now. You can’t blow it off,” said Brendan Steele, who plans to make six starts this fall. “You have to play and play fairly often. I know that Safeway set me up for my best years. So I definitely know how important this opening stretch can be.”

Steele won the Safeway Open in consecutive years when it served as the season opener.

Patton Kizzire, who got his 2017-18 season going with a victory in the 2018 OHL Classic at Mayakoba, said he planned to play the first four events and then determine what else he might add. “I just had a month off,” he said. “What else am I going to do? Yeah, I need to go play and get a jump on things if I can.”

Kokrak qualified for his first Tour Championship last season. He figures to enter at least four tournaments this fall after making just three starts last year in which he earned just 18 FedEx Cup points. “I don’t want to fall behind, and I felt like I did last year,” he said.

Meanwhile, all 21 rookies are among the 156 players in this week’s field. They, too, have to take advantage of the early-season schedule, because once the calendar turns to January, playing opportunities tend to shrink dramatically. The first event of the new year is the winner’s-only Sentry Tournament of Champions in Maui. As the schedule unfolds, there are the four majors, three World Golf Championships and several limited-field invitational tournaments, including the Genesis Open at Riviera Country Club, which was designated as such starting next year. In addition, opposite-field events have been trimmed to 120 players.

All of which makes this early stretch crucial for many subsets of the tour membership.

“I just look at these events as a huge opportunity,” said Bradley, who might enter up to six of the 11 tournaments. “This is where you can get a bit of a jump on a lot of other guys. You might get a huge jump. It could literally make your season.”

And it could carry you all the way through to the end of it, too.