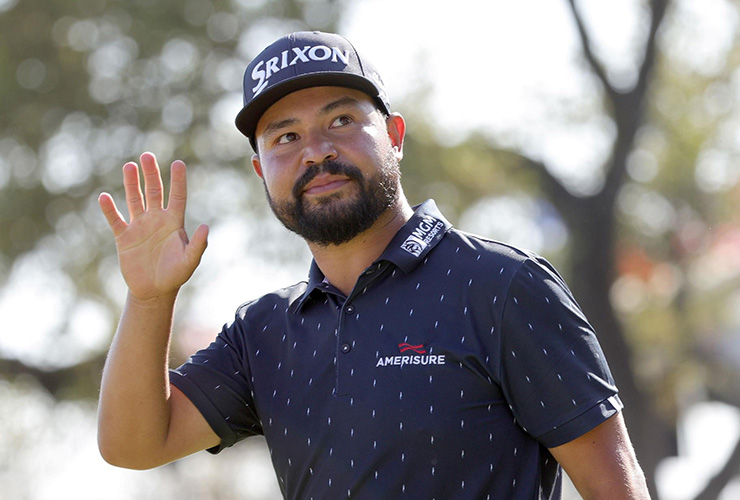 By Shane Ryan
In that short wink of time after Scottie Scheffler ran through a murderer’s row of opponents to become No. 1 in the world at the WGC-Dell Match Play, but before we know for sure whether Tiger Woods will play at this week’s Masters, 31-year-old J.J. Spaun squeezed in a first career PGA Tour win at the Valero Texas Open. He was one of four men who started the day at 10 under, and the other three—Beau Hossler, Brandt Snedeker, and Dylan Frittelli—were all in the final group. Undaunted playing ahead of his competition, Spaun used that slice of outsider status to become the PGA Tour’s ninth first-time winner in the 2021-22 season.

It started, like so many underdog stories, with a near disaster. On the first hole at TPC San Antonio, Spaun blundered his approach shot into the left rough, hacked out to 60 feet, and ended with a double bogey. Before the rest of the leaders had even posted a single score, he had dug himself an early hole. To his great fortune, though, the rest of the leaders would falter through a painful Sunday, while Spaun’s day would only get better.

“Honestly, it didn’t bother me as you would think,” he said after the round. “If anything, it kind of calmed me down. … I knew there was still a lot of golf and I’d rather double the first hole than the last hole, if I was patient and plugged away, I might put myself in contention.”

Beau Hossler, in the final group, was seeking to become the first player to win on the PGA Tour with a sponsor’s exemption since Martin Laird in 2020, and to complete a rapid turnaround after slipping below 400th in the World Ranking earlier this season. He played a strong front nine to reach 12 under, including a chip-in birdie at six, but a bogey at 10 knocked him back. He then lived out a nightmare on 14, butchering the par-5 to the tune of a double bogey:

Beau Hossler takes an unplayable and makes double after hitting it over the green at the 14th. pic.twitter.com/LrPAr3XKma

He finished the day right where he started, at 10 under, which marks his second excellent result of the year after a third-place finish at Pebble Beach, but which will come with its share of regrets for what might have been.

Those regrets also will plague Brandt Snedeker, who came off five straight missed cuts to vault into a share of the lead after a 66 on Friday and 67 on Saturday. In his last 18, though, he couldn’t make a single birdie, and a three-over 75 performance to fall to T-18 ended in mild embarrassment with a rushed three-putt on the last hole.

Like his playing partners, Dylan Frittelli was also at a loss, answering every birdie with a bogey until a rough stretch midway through the back nine ended his chances.

In the absence of any fireworks among the other leaders, Spaun regrouped after his double bogey and began his slow rise to the top of the leader board. A brilliant approach on six yielded his first birdie of the day, and an up-and-down birdie on the par-5 fifth brought him back to even. Then on the ninth, trailing Hossler by two, Spaun responded to a bad break (his ball hit an NBC microphone) by pitching in from 50 feet:

As the leaders collapsed around him, Spaun played a steady back nine highlighted by a birdie at 11 and another at 14. By the time the endgame came around, Hossler was nowhere in sight, Frittelli and Snedeker were even further afield, and all Spaun had to worry about was a late charge from Matt Kuchar. (Matt Jones shot a field-best 66 to reach 11 under, two shots off the eventual winning score, and was one of the few players to best Jordan Spieth, who shot 67 in his final round before the Masters.)

The last moment of real drama came after Kuchar’s birdie on 17 to bring him within two shots heading to the par-5 18th. There, Spaun seemed to open the door just slightly with a pulled drive into the native area. But Spaun recovered safely into the fairway, forcing Kuchar to go for the green in two from 284 yards. His miracle attempt faded too early, and too much, and when the ball splashed into the water, Spaun knew a par would be plenty to seal the deal. His approach left a bit to be desired, but a terrific lag from 50 feet guaranteed his maiden Tour win. 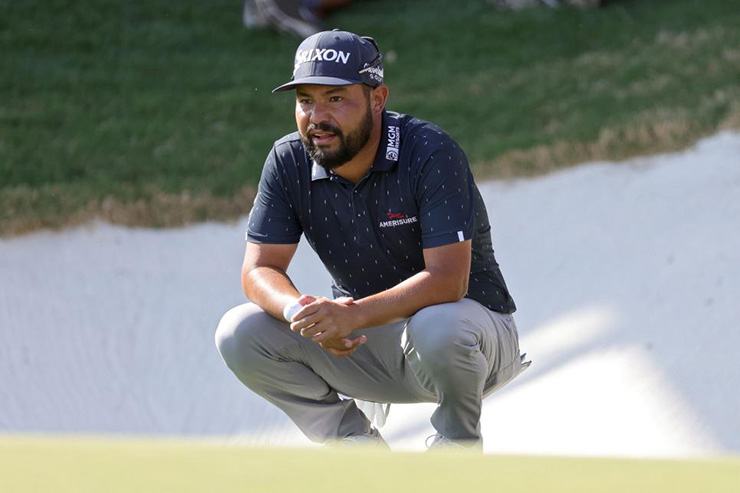 Spaun has struggled with health issues in recent years after doctors told him he had diabetes but misdiagnosed the kind. Carmen Mandato

Spaun became the first player to win after making double at the first hole since Tiger Woods at the 2008 U.S. Open at Torrey Pines. Unlike Tiger, Spaun needed this badly for his career. After reaching the PGA Tour for the first time in 2016, he put together three steady but unspectacular years. Then in his fourth full season, he endured unexpected weight loss. Diagnosed with diabetes, Spaun changed his diet and routine, but wasn’t feeling any better, later learning he was misdiagnosed with Type 2 when he suffered from Type 1. He stumbled to a 185th-place finish in the FedEx Cup points race in the 2019-20 season and followed that with 174th a year ago. Now, he’s got his full exemption, financial security, and a spot at Augusta. It marks quite a change of fortune, and he knows it.

“I think a year ago … I would have been telling you I have to do a lot of work to [stay on tour],” he said. “But to be here and overcome a lot of things and finally get a win? It’s everything you dream of.”

Dreams were a big theme of his post-round remarks, when Spaun admitted that the prospect of Augusta had floated into his thoughts on Saturday night.

“It’s something you dream of as a kid, playing at the Masters,” he said. “I was thinking about it last night, but there was still so much to be done. You’ve got to do your best to stay in the present. That’s what guys who win do that week, they take it one moment, one shot at a time.”

With a taste of success like this, Spaun will undoubtedly stick to the plan for the rest of the season, but it’s a good bet that despite the benefits of a zen mentality, he might take a moment sometime on Sunday to think ahead to what awaits him at Augusta National. For all the benefits of staying in the present, there are days when the future’s not so bad either.