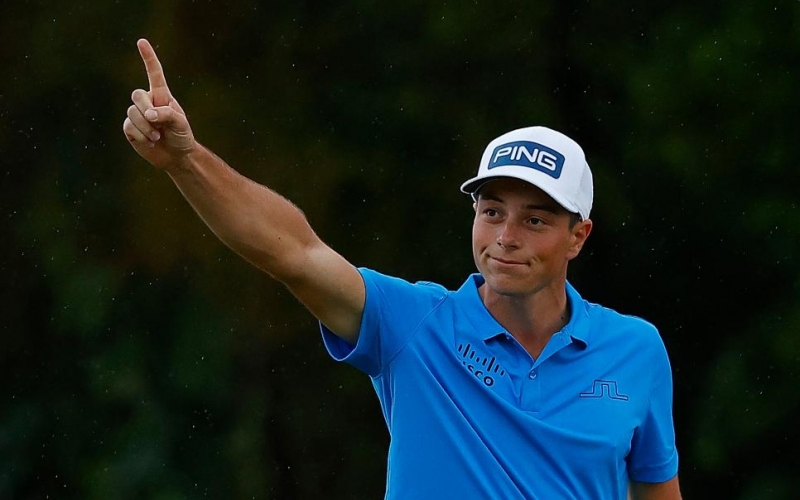 By Kent Gray
The 33rd edition of the Slync.io Dubai Desert Classic will feature three of the world’s current top-10 with Viktor Hovland (pictured) confirmed to join already announced No.2 Collin Morikawa and No.9 Rory McIlroy at Emirates Golf Club later this month.

Hovland, who won his last two events of 2021 – the World Wide Technology Championship at Mayakoba and Tiger Wood’s unofficial Hero World Challenge in the Bahamas – is the first Norwegian to win on both the DP World Tour and the PGA TOUR, and to represent his country in the Ryder Cup.

Fresh from a T30 finish at last week’s Sentry Tournament of Champions on the PGA Tour, Hovland will be chasing a sixth win inside a stellar two year period on the Majlis from January 27-30. He finished T-23 in his only other Desert Classic appearance after rounds of 71-70-71-74 during the 2020 edition on the Majlis course.

“With free entry for spectators this year, a first for the tournament, there is sure to be an incredible atmosphere befitting the elevated status of a Rolex Series event on the DP World Tour.”

The Slync.io Dubai Desert Classic 2022 will be the second of back-to-back Rolex Series events in the Middle East in January, with the tournaments in Abu Dhabi and Dubai also part of the European Tour’s traditional ‘Desert Swing’ which annually attract the sport’s leading players.

The patient wait for the Abu Dhabi HSBC Championship’s support cast is over with a gaggle of usual suspects – four former champions among them – set to join Collin Morikawa and Rory McIlroy at Yas Links.