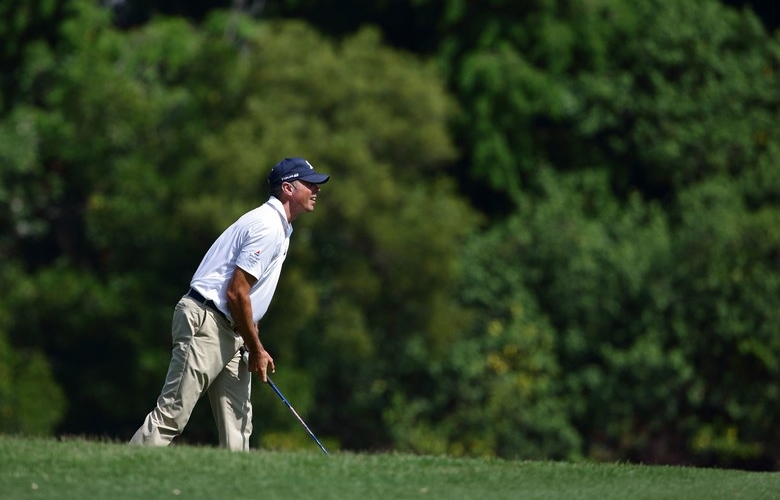 By Dave Shedloski
PEBBLE BEACH — With the USGA and R&A having released the preliminary results of their Distance Insights Project—and concluding that something needs to be done to keep the cycle of distance increases from continuing—it seemed a worthwhile exercise to ask the players responsible for much of the handwringing what it is, exactly, they think needs to be done.

It’s a fact that tour professionals are chiefly the ones taking full advantage of today’s club and ball technology, hitting shots to distances with a regularity unimagined 20 years ago. “It’s pretty much all about us … whatever they’re thinking of doing,” says veteran tour pro Matt Kuchar. “Someone like my father, he swings a driver at 85, 90 miles an hour. If you didn’t tell him the ball was different, I don’t think he would be able to tell.”

So we surveyed a number of players at last week’s AT&T Pebble Beach Pro-Am to find out what they see as the next steps to address the matter.

Many echoed the sentiments of Jason Day, one of the game’s leading long-ball hitters. “I think everyone has to ask themselves is the game of golf in a good spot right now in regards to distance, or do we have to dial it back?” Day then answered his own question: “I don’t know why they would want us to hit it shorter.”

How about because in response to players hitting the ball farther, golf courses are being renovated and lengthened, which means higher maintenance costs, more water usage and rounds of a longer duration?

But Day’s point has validity as it relates to his job, the PGA Tour, which is in the entertainment business (subset sports). Nothing in golf enthralls a gallery more than pugilism from the tee box. Driving is by far the most athletic shot in the game. Big tee balls elicit whoops and hollers and, yes, the cringe-worthy shouts like “mashed potatoes!!” Distance sells. On tour courses and in pro shops.

If, however, the industry were to attempt to keep distance increases from continuing, among the remedies that tour pros discuss most is limiting the flight of the golf ball.

“As the ball has gotten longer, it has become disproportionately longer for the biggest hitters,” said Peter Malnati, who advocates for a 10-percent rollback that would impact all players. “Selfishly, I wouldn’t mind seeing them make a ball that affects only the top guys. That’s being selfish. I would love to see where a drive of 300 yards is absolutely bombed. That’s the limit. It’s clear that the path golf is on is not sustainable in regards to courses that we’re building that all are approaching 8,000 yards. That seems crazy.”

A perfectly understandable sentiment for a player who is ranked 195th on the tour in driving distance. 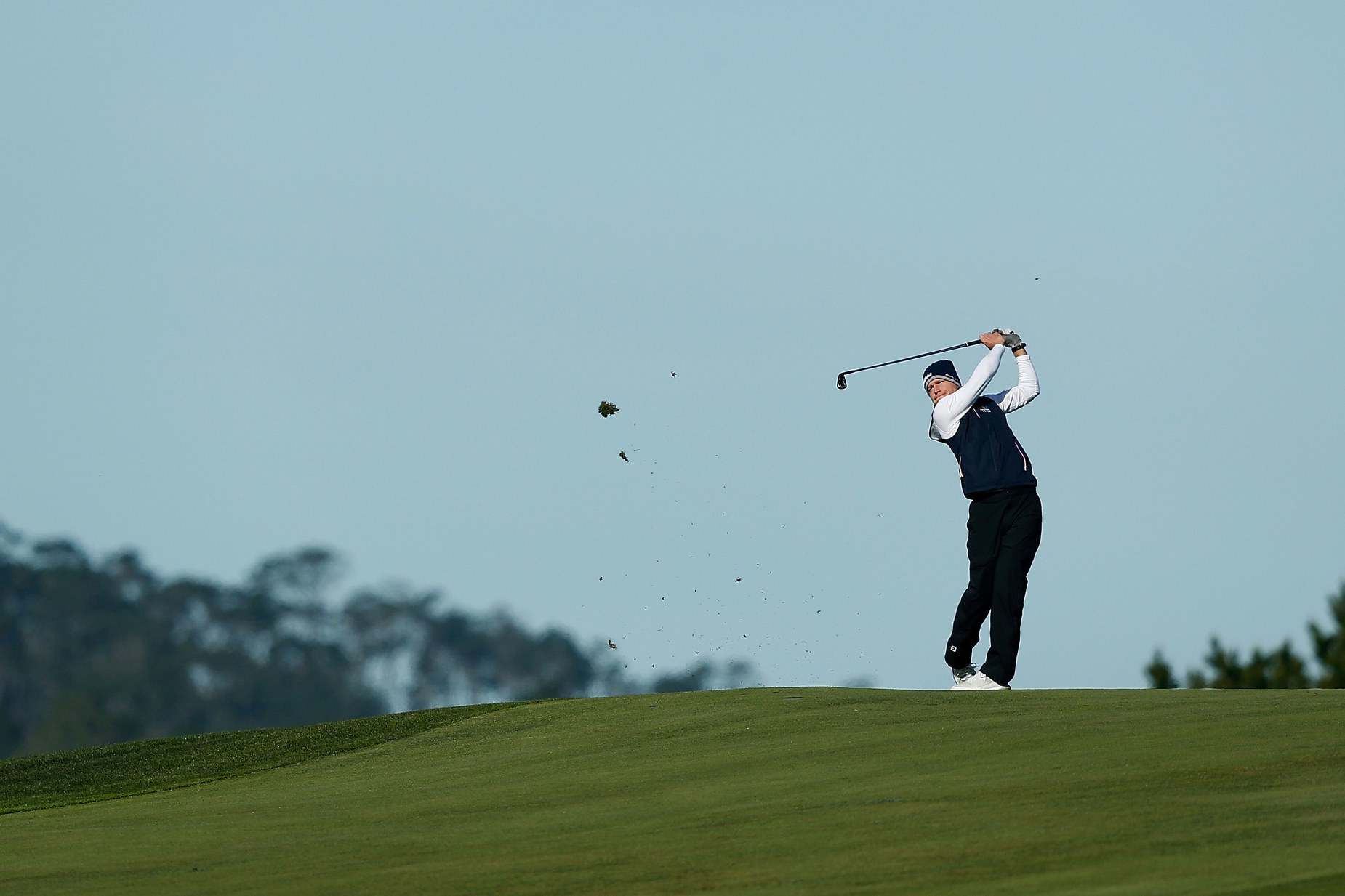 Photo by Lachlan Cunningham
Malnati is among the players who’d like to see golf balls capped at 300 yards.

“To be honest, it’s not like the scores are lower than they used to be or they’re any different,” said Dustin Johnson, another big bopper. “I don’t think it goes too far, and I don’t think we make this game too easy, or it sure is not easy for me.”

Though he has sympathy for Malnati and his ilk, Robert Garrigus, one of the 87 players who average more than 300 yards off the tee, said you can’t slow down the bombers. “Speed is always going to be important,” Garrigus said, referring to swing speed. “Whatever they do, we’re going to find a way around it. You can’t take speed away from a player who has it and has an advantage.”

Essentially, that’s what he told the USGA on Tuesday during an hour-long telephone conversation he had after officials released the report.

RELATED: Why players are right to jab the USGA … and also off the mark

And, frankly, it wouldn’t be fair to purposely attempt to hamstring one set of players. Athleticism shouldn’t be penalized. It would be like tying weights to LeBron James’ ankles so he couldn’t jump as high.

“I just know from the small little bubble of the PGA Tour, I hate seeing the athletes be punished or discouraged from continuing to work and get better,” said Phil Mickelson, who, though he is nearing 50, has seen his swing speed increase in the last two years through a combination of improved technique and fitness.

“I don’t think long hitters should be stopped from doing something they do better than the rest of us,” said Luke Donald, who nonetheless believes distance has become an issue—and cites one experience from his play at Pebble Beach on Saturday.

“On the 10th hole, which is, what, 446 yards, OK, it was a little down breeze, but I hit driver [and] wedge. And that’s just me, not exactly a guy known for hitting it very far,” said the former World No. 1. “So that should tell us something.”

Garrigus surmised that if the governing bodies cap distance starting now, few tour players would be inclined to complain. He contends, however, that course setup and design could do more than changing the ball to slow the game down. “You want to see us dial back a little more, start putting stuff in our way. Don’t make the golf course easier at 320 than it is at 280.” 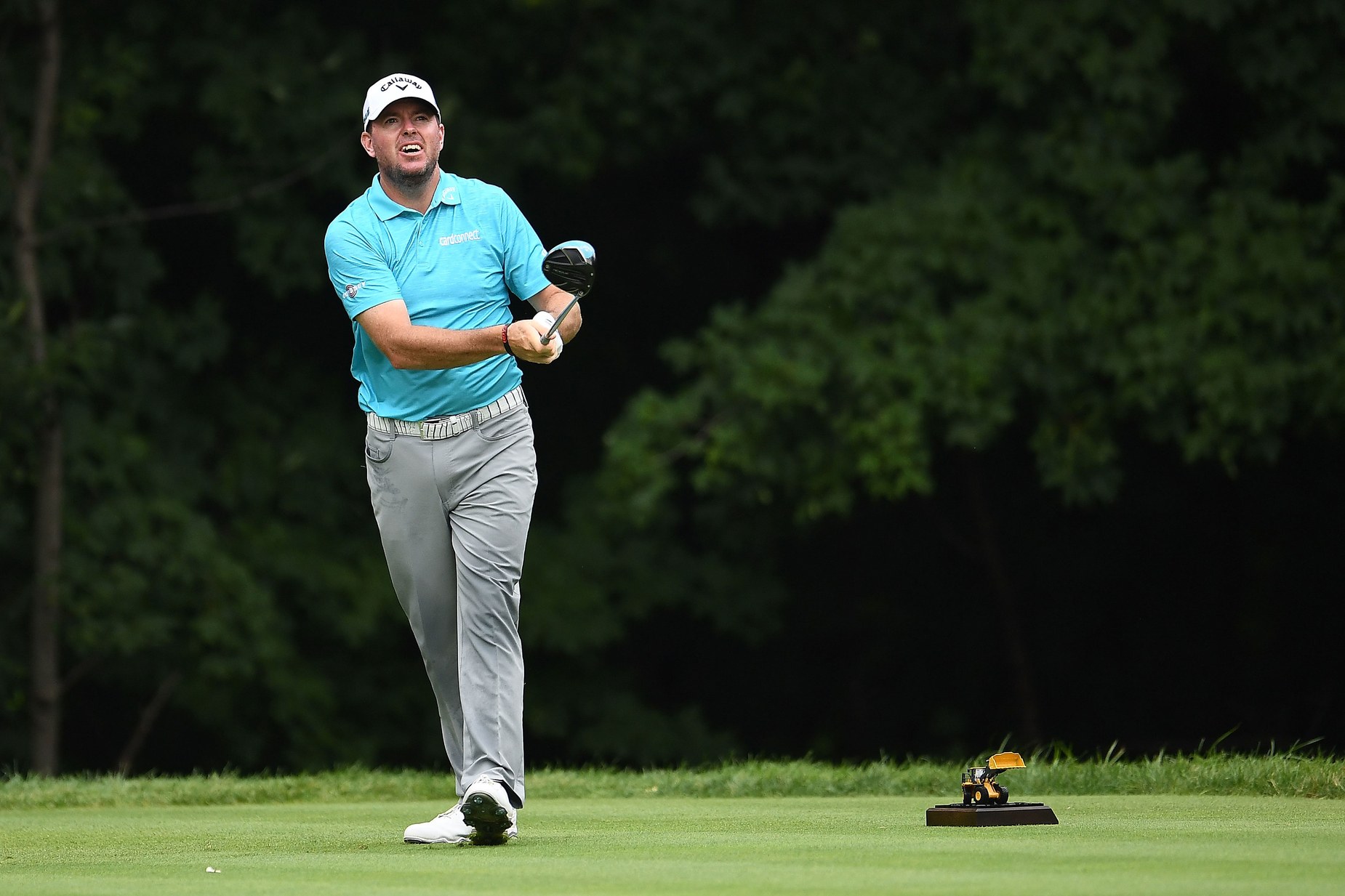 “The smaller driver would make a massive difference because you couldn’t swing hard at it correctly every time,” Kuchar said. “That would take some enjoyment away from the game for the average guy, so it might have to be two sets of rules. Though I don’t like bifurcating. … That’s a tough one.”

“There’s a part of me that thinks the ball goes too far, but another part of me says let manufacturers do whatever they want,” said Branden Grace. “I’d almost like to see companies let it go but also stop trying to bring it in to where we’ve really eliminated shot-making. I’d want the ball to be more like the old balls, and then we would see who the shot-makers are. If the ball curved like before, you’d see more separation between the top players and the merely good ones.

“Today, you just have to be a little bit on top of your game in all aspects to win a golf tournament, whereas in Jack’s era [Jack Nicklaus], only maybe 20 guys had a chance because it came down to who could actually get it around the golf course—the guy who shaped it the best, timed it the best, who was chipping and putting the best.”

It was almost like Grace was channelling R&A chief executive Martin Slumbers, who said that not only are distance increases, “undesirable and detrimental to golf future,” but that “golf is a game of skill, a broad range of skills, and no one skill should dominate.”

Obviously, no one opinion is prominent on the tour. Which means the game’s governing bodies are going to have to tread lightly, weigh a variety of options and remain mindful of the larger population of amateur and recreational golfers.

“It’s up to the USGA and R&A and the PGA Tour to collaborate on what would be best for golf as a whole,” Day said. “But this is going to be a long process. It’s a long ways away.”

Funny he should say it that way.

Tommy Fleetwood’s quarantine was a piece of golf heaven

Brooks Koepka dismisses influence of Bryson DeChambeau: ‘I don’t need to keep up with anybody’