Here’s how the U.S. team will handle the 10,000-mile trip from the Bahamas to Australia 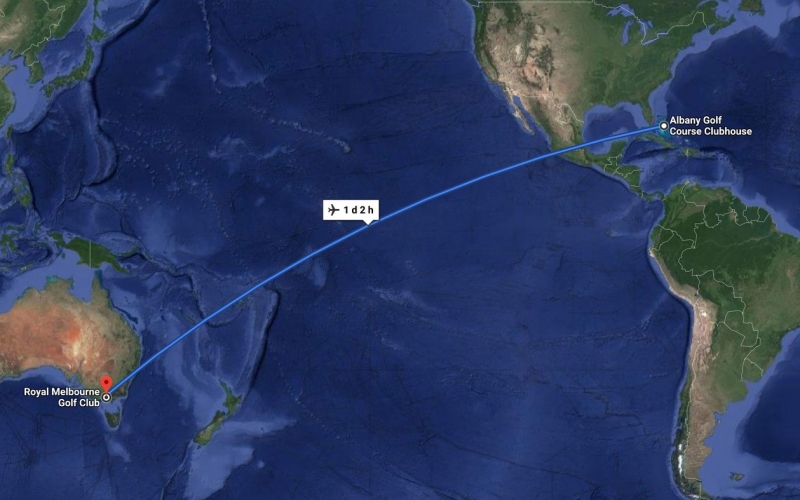 By Daniel Rapaport
NEW PROVIDENCE, Bahamas — There are much easier tasks than finding two places farther apart than The Bahamas and Australia. Allow me to do the cartography for you: the site of this week’s golf event, Albany Golf Club, sits about 10,000 miles away from the site of next week’s golf event, Royal Melbourne.

As far as team-building goes, you could hardly ask for a better tune-up for the Presidents Cup than the Hero World Challenge. All but one member of the American side (Dustin Johnson, who is resting a surgically repaired knee) are here, and the low-key atmosphere of this 18-player exhibition is a breeding ground for camaraderie. Simply put, the boys get a little loose on the island, and that’s exactly how you want it before an adrenaline-addled team competition.

But the sheer distance between the two places—and the 16-hour time difference—present significant logistical, psychological and somatic challenges. The final putt of the Hero will drop at roughly 3 p.m. local time on Saturday, which is 7 a.m. Sunday morning in Melbourne. The task Woods and his 11 teammates face is to be ready to compete, to represent their country, when the first tee shot of the Presidents Cup is struck 98 hours later.

The plan is as follows: The 11 American members teeing it up at the Hero, along with family and support staff (caddies, swing coaches, physios, etc.) will board a charter plane that will leave The Bahamas at 8 p.m. local time and land in Acapulco, Mexico, roughly four hours later. The plane will refuel, a process that Woods estimates will take about an hour and a half. Then, after already being in transit for five-plus hours, Team USA will head southwest, fly over the North Pacific Ocean, then the South Pacific, then the Coral Sea, before finally landing in Melbourne 17½ hours later, at 10:30 a.m. Monday morning, Australian Eastern Daylight Time.

What, then, is one supposed to do after a 22½-hour voyage?

“Everyone’s different,” Woods said. “Whether you want to go to the gym right away, or go to the golf course, maybe stretch your legs a little bit. … Some guys will want to chill, some will want to go do some work. Depends on the player.”

On that front, Woods will empower his players to handle themselves. These are elite athletes, and they’re no strangers to traversing the globe to play in golf tournaments. He has but one piece of wisdom for his younger brethren.

“The key, the first day, is to stay up. You have to stay up that first night.”

Complicating the adjustment process, even more, is the fact that just a handful of the American players have ever seen Royal Melbourne, the site of the only International victory in Presidents Cup history in 1998.

“I’ve heard it’s one of the great golf courses in the world, firm and fast,” was how Gary Woodland summed up his knowledge of the place, though a half-dozen of his teammates would have said something similar. It will be a different test than they’re accustomed to on the PGA Tour, with its sandy soil, concrete-like fairways and intricate green complexes that often funnel balls into bunkers, with no rough bordering the sand traps to slow down an errant shot or putt. 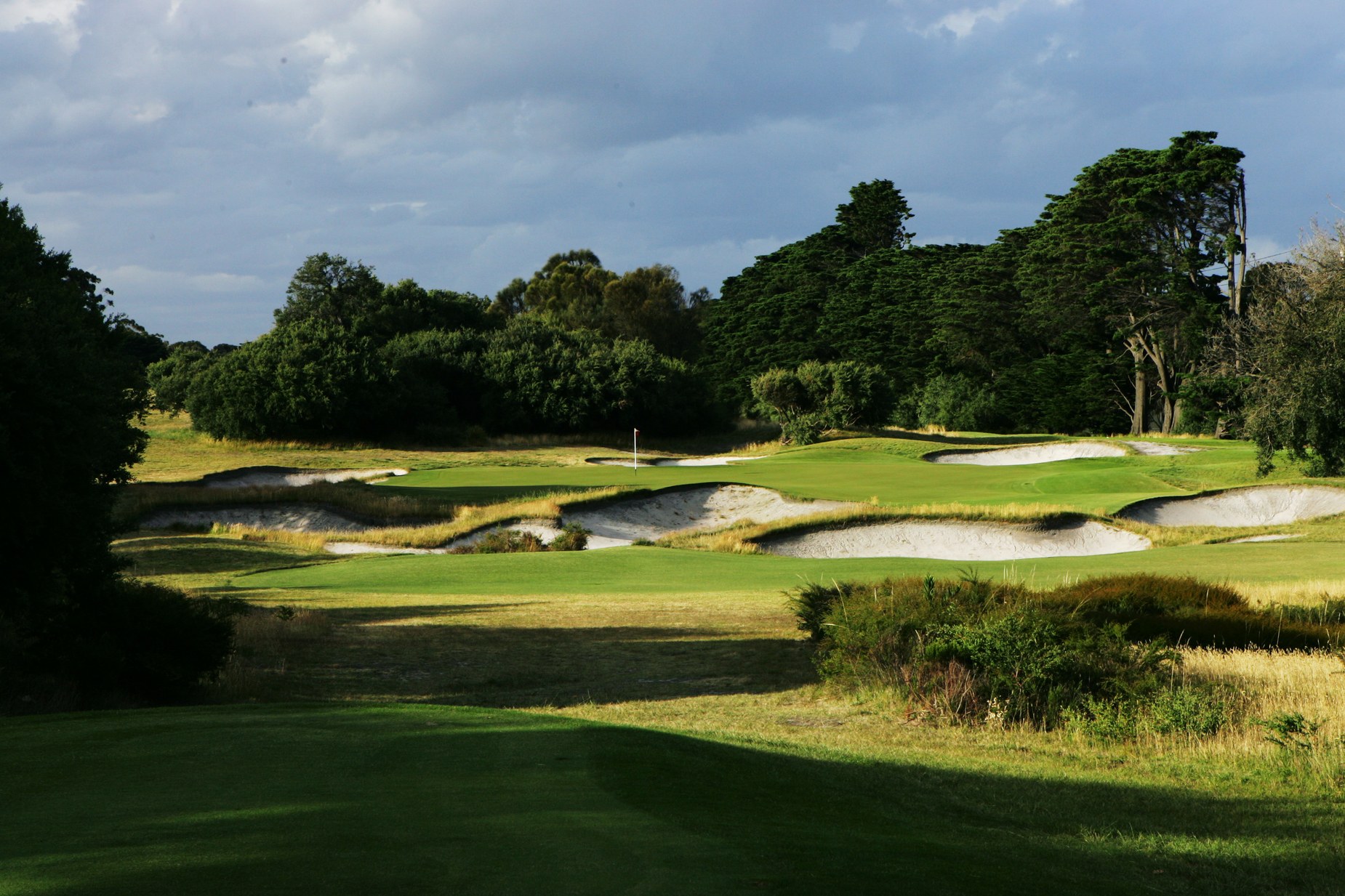 For those unfamiliar, Tuesday will double as a crash-course in Australian Sandbelt golf.

“Tuesday will be our heavy lifting day,” Woods said. “Eighteen holes, plus six guys have to do media that day. We have a gala dinner that night, so Tuesday, we’re gonna be pretty stressed out and tired.”

Contrast that with the International Team. Six of Ernie Els’ squad are acclimatizing by playing this week in the Australian Open in Sydney. The other half are enjoying a week of rest, most expected to arrive Down Under well before the American charter touches down.

Woods is confident that his heavily favoured team will overcome the journey and perform like it’s capable of, but history isn’t so sure. Last year, the American Ryder Cup team flew directly after the Tour Championship to France—a mere puddle-jump compared to the Bahamas-Australia mission—where they were soundly beaten by Europe. Afterwards, Woods admitted that he was exhausted from it all. Of course, that quick turnaround came after the four-tournament-in-four-weeks FedEx Cup playoff run. This week is not that.

There’s also the 1998 data point, when a U.S. team captained by Jack Nicklaus and headlined by the top four players in the world at the time, including Woods, was spanked 20½-11½ by the Internationals at Royal Melbourne. But Woods believes that his group playing an event the week before the Presidents Cup, even if it’s a less-than-ideally located event in this context, makes a crucial difference between that team and this one.

“Just to be in the competitive flow for two weeks, it’s fantastic,” Woods said. “I told all the guys at Liberty [National] when we had our meeting, that back in ’98 we weren’t ready to play. Again, it was late in the year in December, the season ended differently, players shut it down and then they geared right back up for Australia. And we got beat pretty badly.

“It was important for the guys to continue playing, and they have. Now the guys are playing this week to get ready.”

Playing is the easy part. Travelling, on the other hand…