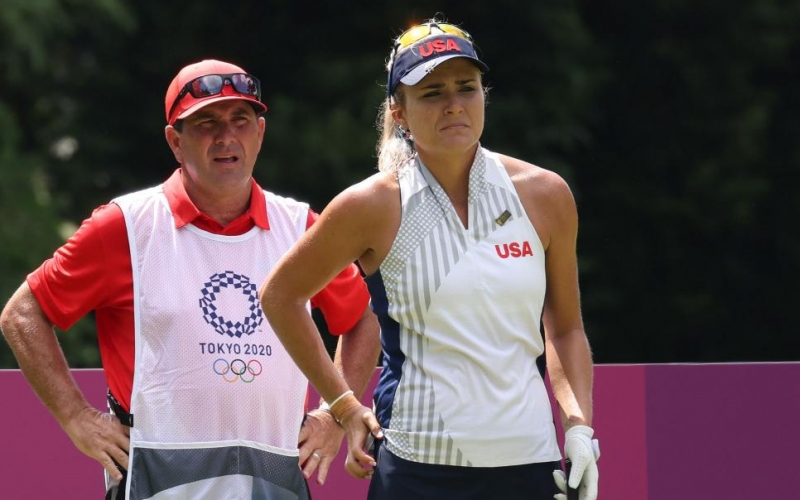 Chris Trotman
Lexi Thompson and caddie Jack Fulghum wait on the sixth tee during the first round at Kasumigaseki Country Club. On the 15th hole, Fulghum had to give up Thompson’s bag after suffering from heat exhaustion.

By Ryan Herrington
Lexi Thompson grew up in Florida, so the LPGA Tour pro knows from hot. But what she and the rest of the field faced on Wednesday at Kasumigaseki Country Club was a different level of heat.

Temperatures rose into the high 90s and the heat index reached 110 degrees. But the situation grew scary for Thompson on the 15th hole when her caddie, Jack Fulghum, approached her with an unusual question.

Fulghum told Thompson that he felt like he was going to pass out. He took a seat behind the green as volunteers provided him ice packs to help him cool off. He was later treated with IV fluids for dehydration.

“I was so worried about him and, I mean, it’s so hot out there. I’m from Florida and I’m still not used to that bad of heat. But I just hope that he’s OK and he gets the hydration he needs, the nutrients tonight to go into the next few days. If not, I’ll figure something else out. I just want him to be healthy.” 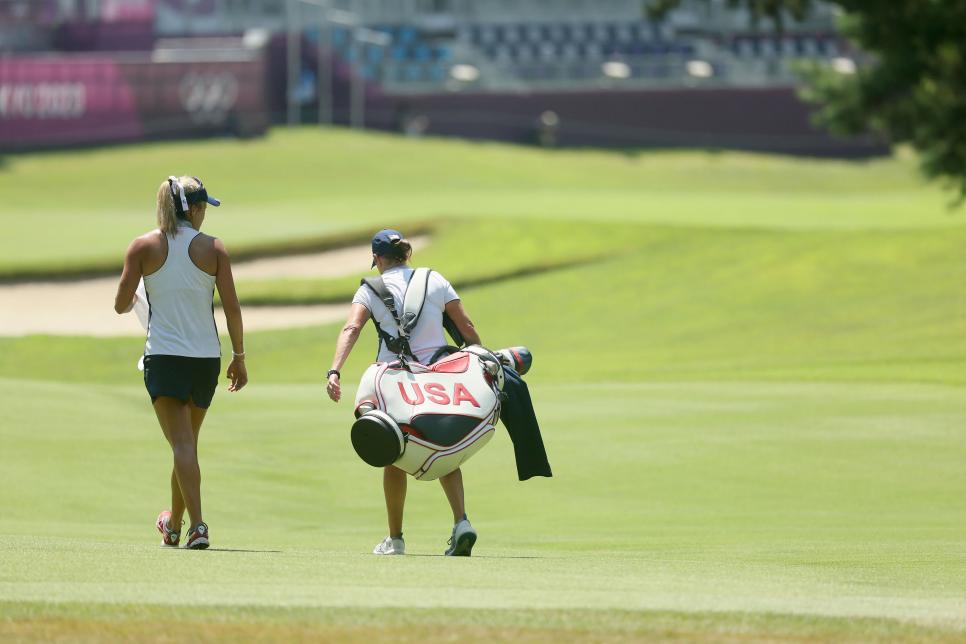 Mike Ehrmann
Donna Wilkins, an LPGA official, took over Thompson’s bag for the last three holes of Round 1.

Officials with Team USA said that Fulghum is re-cooperating well but it’s unclear whether when he will return to the bag for Thompson.