He says he coughed for 24 hours straight, but instructor Pete Cowen now on road to recovery from likely battle with coronavirus 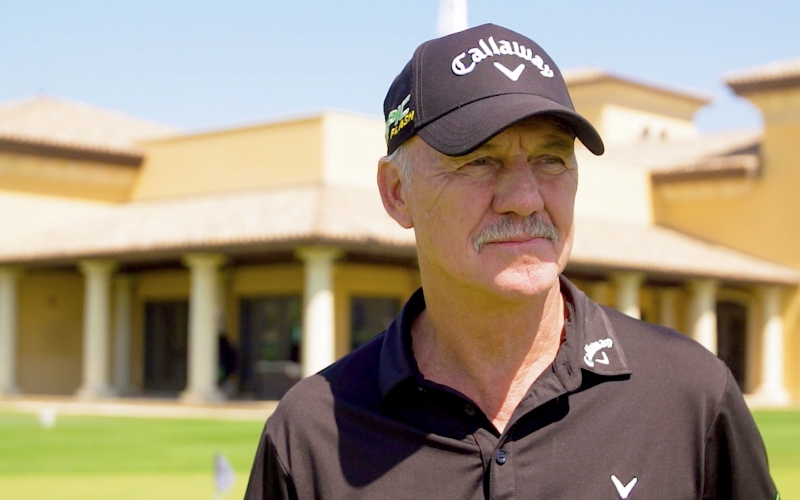 By Brian Wacker
It’s Thursday, but not just any Thursday. It’s that annual rite of spring. It’s Masters Thursday. You can almost smell the pine needles, azaleas and a trace of whatever kind of fertilizer—it has a faint minty aroma—they use on the greenest of all the greenest golf courses, Augusta National.

Instead, like everyone else in the golf world, he’s home. Only he’s also recovering from what he believes was COVID-19 after a flight home to England following last month’s cancellation of the Players Championship after one round. But after weeks in isolation he has shown considerable improvement. Earlier this week, his golf academy manager, Nick Huby, shared an optimistic prognosis.

“As many of you will be aware, in recent weeks unfortunately Peter Cowen has been extremely ill battling against the COVID-19 coronavirus,” Huby wrote on Instgram. “I am delighted to announce that Pete is most definitely recovering and improving day by day, slowly building his strength back up. I am confident Pete will be able to get right back to the business of improving people’s golf very soon.”

“The worst part of it was at one point coughing non-stop for 24 hours,” he says via text, his voice still too weak to talk much.

“Apart from that it was OK,” he said.

While Cowen continues to recover there hasn’t been golf for weeks and there won’t be until at least mid-June. There will at least be a Masters, now scheduled for November. The 69-year-old looks forward to that. In the meantime . . .

“Harrington is the player who can’t leave the range until every ball has been hit,” he says. “And Stenson is the man with the most questions. The rest do as they’re told.”

Even when he’s not with them, Cowen still hears from his players, of course. All and then some checked in when they heard he fell ill.

Not that Cowen ever lost his wit despite being sick.

“They said I was OK because they don’t need any miserable grumpy old men around them at the moment,” he wrote.

In the meantime, Cowen has been watching a lot of old golf highlights, including the “Shell’s Wonderful World of Golf” match between Sam Snead and Ben Hogan.

“I was lucky enough to play with Snead in a tournament!” the tour player turned instructor says.

He’s also been writing a book. It’s about golf, but focuses more on the stuff between the shots, he says.

“Like when three of us went around Europe in a little minivan in the mid-70s—there was no room in the back then—and we went to four different countries, finishing up in Germany with the van breaking down outside the football stadium there,” he says. “We just got our stuff and left it there.”

As for a Masters in November and golf returning, whenever that day might be?

“Just hope the weather is good (in Augusta),” Cowen said. “No flowers, so it won’t look the same.