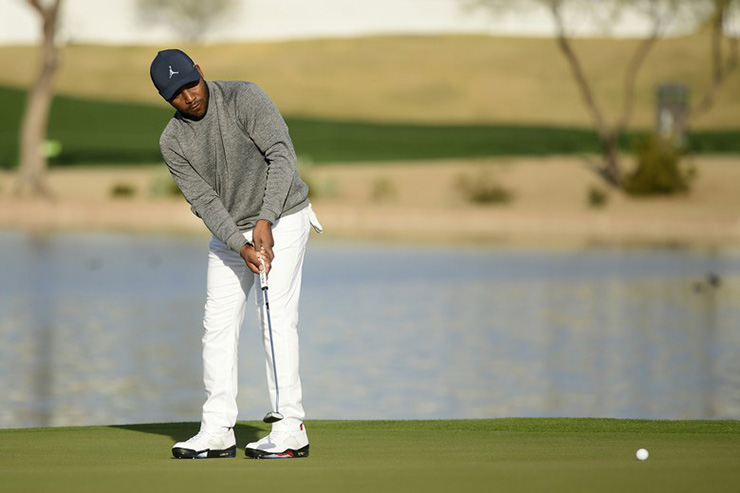 By Joel Beall
Harold Varner III delivered fans the greatest show on turf at the Waste Management Phoenix Open. And it had nothing to do with TPC Scottsdale’s 16th hole.

Varner, 29, opened up the event on Thursday with a par … and over the next two days, followed with 31 straight similar scores. For those of you scoring at home, that would be a whopping 32 pars, which set a PGA Tour record for most consecutive pars to start a tournament in the ShotLink era.

K.J. Choi was the previous title holder with 27 pars at the 2006 Colonial.

Frame this bad boy and put it in the Smithsonian.

Alas, some stars shine so bright they burn out in two wink’s of a coal miner’s eye. Varner’s golden quest was sidetracked at the 15th, where apparently the East Carolina product said “The hell with history” by making a birdie. The audacity. Worse, he followed with a bogey at the infamous 16th, moving him back to even for the event. Clearly, there are golf gods, and they are cruel.

It’s been an inauspicious start to 2020 for Varner, who missed cuts at the American Express and Farmers Insurance Open. Hopefully riding this magical train gets his season back on track.