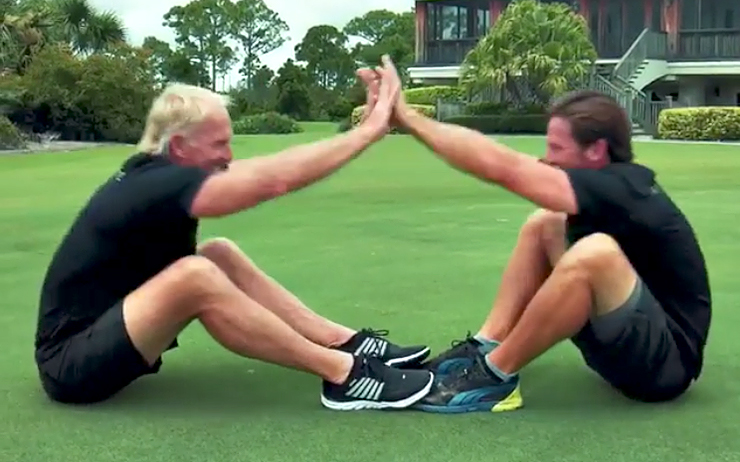 It’s official: A former World No. 1 and multiple-time major champion will make his long-awaited return to competitive golf at the end of this year. Welcome back, Greg Norman! What, did you think we were talking about someone else? Sorry.

While Tiger Woods teases us with videos of his swing, the man who has spent the second-most weeks in the top spot of the Official World Golf Ranking has given us a date for his comeback. Well, his “one-time” comeback.

Norman will compete with his son, Greg Norman Jr., at the PNC Father-Son Challenge, which begins Dec. 13 at the Ritz-Carlton Golf Club in Orlando. And the two made this announcement in the form of an amusing video. Check it out:

David Duval and stepson Nick Karavites are the defending champs in the team event that pairs a major champ with a family member.

Norman, who mainly keeps himself busy with his various business ventures and cutting down trees with chainsaws, last teed it up in a tournament at the 2012 Senior British Open when he missed the cut. He played in one other PGA Tour Champions event in 2012, a T-53 at the Constellation Senior Players Championship. Prior to that, he played in six senior events in 2009, including a T-4 at the U.S. Senior Open.

We especially love the jumping jacks and sit-ups in the video, although, judging by the Shark’s impressive physique at 62, he doesn’t need to do much to get back into golf shape.