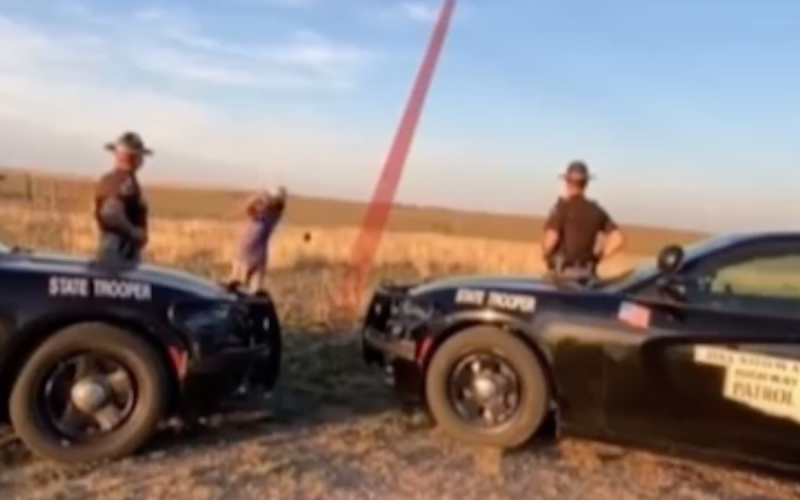 By Christopher Powers
Forgive us for being somewhat late to this party, but a golfer/standup comedian named Jake Adams embarked on one of the great challenges you’ll ever hear of in the month of April – hitting a golf ball in all 50 states in 30 days. Wait, what?

That’s right, Adams first announced this absolutely insane undertaking on April 1, then he launched a ball toward the Hollywood sign in California. “This seems like it’s going to be a pretty poor life choice,” Adams says after a tight draw into the abyss:

Those who began following Adams’ epic journey from the start probably didn’t think it could get any bigger and better than the Hollywood sign. Oh, how wrong that turned out to be. The full compilation is below, featuring the only song that should ever be used in any cross-country trip challenge:

Not going to lie, as someone who spent all of Sunday traveling back from Austin, Texas, which only required two flights and a few Ubers, this challenge is my nightmare. So credit to Adams for taking it on and straight up dominating it. His Instagram page has extended clips from every stop, and many of them are worth the look. Personal favorites include Milan Piskar Stadium in Morgantown, WV.:

Getting a tip from an Iowa state trooper in Des Moines:

Dropping the gloves with Jared Jacobs, aka Goldyeller, the guy who recreates incredible sports moments with Legos, in Idaho:

Plenty more where that came from, too, @Jakemadams3. Adams also has a website with his comedy sketches, many of which include golf in some way. Give him a follow, watch his stuff. This man deserves all the klout he can get right now.