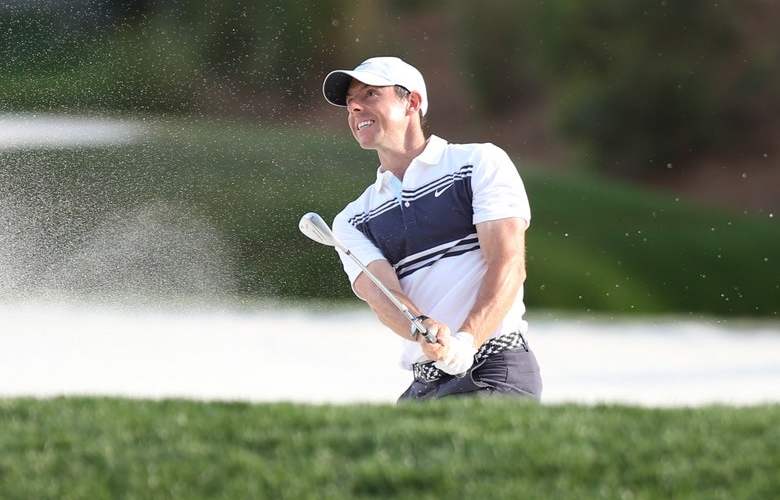 Icon Sportswire
Rory McIlroy is currently ranked No. 1 in the world.

By Brian Wacker
As the PGA Tour announced the cancellation of four more tournaments, the PGA of America said that it is postponing its PGA Championship and the European Tour remained on hiatus, there’s little certainty to when the men’s major golf tours will return to action as concerns over the COVID-19 pandemic continue to grow.

With essentially no golf being played across the globe what does that mean for the Official World Golf Ranking?

Earlier this week, the OWGR in an email to Golf Digest said it was in discussions on how to proceed. Late Tuesday afternoon, however, multiple sources confirmed that the ranking will be frozen until play resumes.

That won’t be until late May at the earliest, with tournaments on the PGA Tour cancelled through the AT&T Byron Nelson, originally scheduled for May 7-10, and the PGA Championship, originally slated for May 14-17, now postponed as well.

In other words, with no new tournaments to add to a player’s schedule, and no results falling off in the two-year rolling calendar the OWGR uses to determine a player’s ranking, the calendar is effectively frozen. Once play does begin, the OWGR calendar will resume.

How that will impact the year’s major championships and the remaining World Golf Championships and the fields that comprise them, for now, remains to be seen. Last week, Augusta National announced that it was postponing the Masters, originally scheduled for April 9-12, and on Tuesday the PGA of America said it was doing the same for the PGA Championship, which will move from its original date of May 14-17. The U.S. Open, meanwhile, is still scheduled for June 18-21, and the Open Championship remains on track, slated for July 16-19. With the WGC-Dell Match Play already a victim to cancellation, the next WGC on the calendar is the FedEx St. Jude Invitational in Memphis, July 2-5.

The OWGR is one of the determinations for who qualifies for majors and other events such as the World Golf Championships.

The other big event that will be impacted: the Olympics.

Currently, the Games are still scheduled to take place in Tokyo, with the men’s golf competition being played July 30-Aug. 2 (the women are scheduled for Aug. 5-8). The men’s and women’s fields for those events will be determined by the Olympic Golf Rankings (which effectively match the OWGR for men and the Rolex Rankings for women), with the top 15 automatically eligible up to a maximum of four golfers per country and the remaining 60 spots filled by going down the Olympic Golf Ranking, with the top two ranked players qualifying from any country that does not have two or more players from the top 15. The host country, Japan, is also guaranteed at least two golfers in the field.

What could that mean for Tiger Woods, for example?

Woods has played just twice this year and slipped to 11th overall in the most recent OWGR, which were last published on March 8.

The bigger problem for the 15-time major champion, though, are the players in front of him. Currently, six Americans — Brooks Koepka, Justin Thomas, Dustin Johnson, Patrick Cantlay, Webb Simpson and Patrick Reed — are ranked higher than Woods. Of that group, only Johnson has said he does not plan to play in the Olympics.