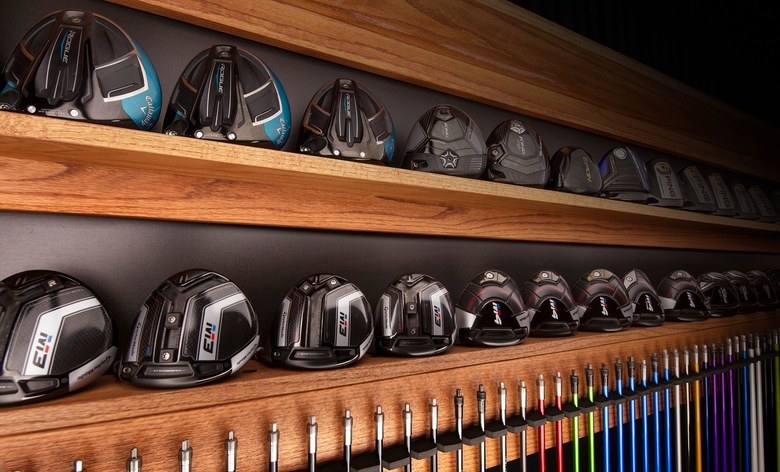 Does a driver have a shelf life?—@thecigarmafia
You bet it does. Now, that shelf life is a lot shorter if you’re a tour pro like Cameron Champ, who had the fastest swing on the PGA Tour last year at 128 miles per hour. In fact, Champ busted his driver right before he won the 2018 Sanderson Farms Championship. Fact is, metal, even one as strong as titanium, suffers fatigue, especially when thinned to the level of a driver face. Over time, repeated hits can cause the driver face to be altered to a point where what was once conforming becomes nonconforming and, eventually, crack.

Now, while that might be somewhat of an issue for high swing-speed tour players, it’s going to take a lot longer for almost everyone else. Honestly, it’s really tough for an Everyday Joe to wear out their driver enough to where it will crack. You need to be at least 105 to 110 miles per hour and play A LOT of golf and practice a lot. Bottom line is that while drivers do have a shelf life, you’re probably going to buy a new one before your current driver fails on you. A 90-mile-per-hour swing speed has nothing to worry about. Tour players bust theirs because they’re swinging so fast, plus playing all the time and practicing endlessly.

I know getting fitted for clubs is important, but is there truly a difference in getting fitted at a place like Club Champion with thousands of options or getting fitted by the pro at my club? I bought a driver at Club Champion and while I hit it better, I wonder if the money I paid was worth it. — @rhallisey
This is a question we get a lot. Luckily, we both went through a pretty comprehensive clubfitting recently at Club Champion. So here’s our take: There are a lot of truly great fitters out there and those on our 100 Best Clubfitter list are evidence of that. So it becomes a bit of a cost-benefit analysis thing, and that’s different for everyone. The fact you’re hitting your fitted driver better is personal evidence that fitting works. But maybe the improvement you saw isn’t worth the investment to you. Or maybe it is. That answer can change with the individual. One of us was impressed by the thoroughness of the Club Champion process, from a pre-session interview to determine what we were looking for, to the resistance to just fit into irons that went the longest. The other, meanwhile, was told they basically couldn’t beat his current driver. Not many fitters are going to admit that and walk away from a potential sale. Also, part of what you’re paying for at a place like Club Champion and some others is the broader extent of club heads and shafts available to be fit into, thus increasing your chances of finding meaningful benefits. But yes, we understand the price tag that comes with those benefits might not be for everyone.

I’m considering buying a new driver (currently have a Titleist 915 D in the bag). In your opinion, are we currently in a time when driver technology is substantially better than when my driver was introduced? –@dyckster10
I know it sounds shill-ish to say yes, but yes. The 915 series was first introduced in 2014. That’s five years ago. What many people forget when thinking about improvements in golf equipment is that they’re not always in-your-face enhancements. Meaningful benefits to golfers can be had through better manufacturing processes or the use of materials such as carbon crowns that reduce weight and allow for it to be positioned elsewhere in the club that creates a playing boost. Also, designers learn from each iteration of a club they design. Since the 915D2 and 915D3, for example, Titleist has produced the 917 and TS lines, expanding on its capabilities with each one. For example, the TS line has four models to better target player types while the 915 line only had two. Other companies have greatly expanded their capabilities as well. Further, it’s not just about performance on the centre hit. Sure, we all love to crush one and see extra yards pop up on the launch monitor, but tremendous improvement has been made on off-centre hits as well—and isn’t that where we hit it most of the time? In short, we pretty much guarantee you can do better than what you have right now.