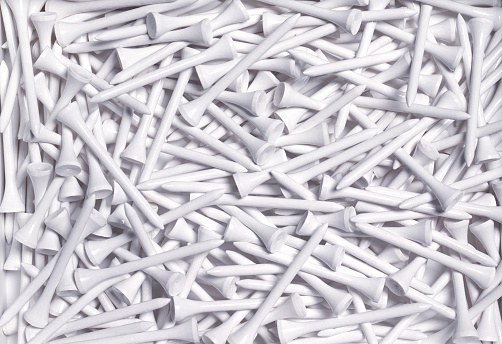 By Stephen Hennessey
As all industries evaluate their use of plastics, golf’s reliance on it for tees has made headlines at England’s Royal North Devon Golf Club, the country’s oldest golf course. The club released a statement to explain the decision to ban the use of plastic tees on its grounds, first reported by The Telegraph.

“We have all seen golf tees lying around the course, both wooden and plastic,” the club’s statement reads. “The simple fact is that plastic tees are more likely to harm the birds and animals we share our wonderful course with.”

Royal North Devon, a members club that is also open to the public, sits on the Westward Ho! beach, and the club cited instances of its plastic tees ending up on the beach, along with other environmental considerations, as the reasons for the ban. The club says it will only sell wooden tees in its pro shop starting Jan. 1, and it will provide extra tee bins next to each set of tees to encourage golfers to place discarded tees in the bins.

The announcement included this image, with a bird sitting with a plastic tee in its mouth:

It’s not known whether any golf courses in the United States or Canada have enforced similar bans. Courses have started to discourage the use of plastic straws in some restaurants at golf clubs, but the use of plastic tees has been popular for decades.