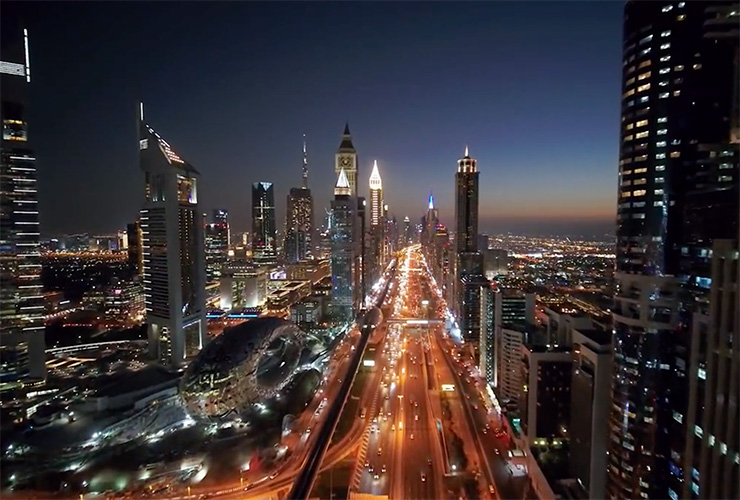 As the UAE prepares to celebrate their ‘Year of the 50th’, marked on December 2nd, European Tour players have chipped in with a tribute to the past 50 years and look ahead towards the next 50.

Billy Horschel, Tommy Fleetwood, Shane Lowry, and Bernd Wiesberger joined UAE’s No.1 Ahmad Skaik to produce the video on the sidelines of the 13th edition of the DP World Tour Championship at Jumeirah Golf Estates. Check it out:

Golf has played a rich part in the UAE’s history, with the first sand courses built in the 1970s and 80s across the UAE emirates. Fairways were marked by posts and greens were replaced by browns. Still to this day, one of the sand courses remains operational in Abu Dhabi, Al Ghazal Golf Club, which hosted the first of its kind World Sand Golf Championship in 2004 and 2005.

Fast forward 50-years on from the first sand courses and there are now 20 golf courses across the emirates, including some of the most highly regarded courses in the world. Each year, the UAE plays host to four European Tour events, three of which are Rolex Series events from 2022: Abu Dhabi HSBC Championship, Slync.io Dubai Desert Classic, and the season-ending DP World Tour Championship.

The future of golf in the region has been solidified with the recent announcement that the UAE has solidified their commitment to golf over the next 50 years, none more so than with the recent announcement that the European Tour will become the DP World Tour from 2022 following a new title sponsorship agreement between the European Tour group and DP World, which is headquartered in Dubai.