Francesco Molinari and the challenge of following up a career year 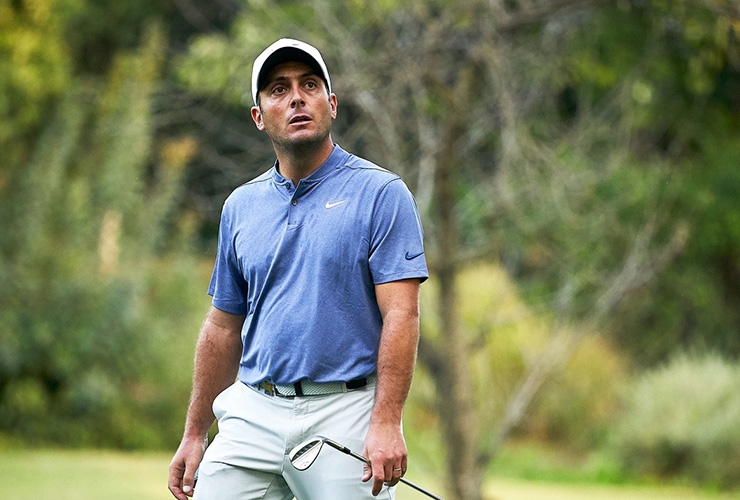 By John Huggan
He looked sad. Or at best, a long way from cheerful. Speaking to a small group of British journalists at the end of his third-round 66 in last week’s Turkish Airlines Open, only a few brief smiles interrupted the air of melancholy surrounding Francesco Molinari. The deep monotone in which the Italian speaks English only added to the downbeat atmosphere. What comes across as “cool” when he is going well makes the Turin native appear and sound a tad depressed when things are headed in a less satisfactory direction.

Which they have been, at least in comparison with his outstanding play in 2018.

Although his round over the Montgomerie Maxx Royal course that day had gone pretty much to plan—he made six birdies and an eagle—the man who for at least six months of last year was the best golfer in the world has been struggling with his game. Not since the Masters in April has this immensely likeable individual—who can forget his hilarious “bedroom” scene with close pal Tommy Fleetwood in the immediate aftermath of the 2018 Ryder Cup—finished in the top 10 at any tournament anywhere on the planet he has spent the last few months crisscrossing. That run did not end in Turkey. One day later, Molinari made a double-bogey 7 on the final hole, shot a two-over-par 74 and finished T-44.

“It was always going to be hard to beat last year,” Molinari said with a shrug. “That would have been nearly impossible. I did pick up where I left off over the first part of the season. But something stopped working or hasn’t been working as well, since then. The second half of the season has not been as good as the first half. I don’t have any reasons for it. I need to go through what has happened with the people around me and see if we can come up with a reason. But right now I’m still in full playing mode. I still have Dubai [next week’s European Tour season finale] and Hong Kong to play. I’ll sit down after that to think about it and judge it.”

Indeed, things have changed since Molinari went on the half-year tear in 2018, winning the most important event on the European Tour (the BMW PGA Championship) and the oldest and most important event in golf (the Open Championship), becoming the first European golfer to score five points from five matches in the Ryder Cup, and topping the European Tour’s Race to Dubai standings.

Molinari’s 2018 win at Carnoustie was the highlight of a career-defining run that started to fade at this year’s Masters. (Getty Images (2))

Things have changed even since the first half of 2019, during which the now-38-year-old shot a Sunday 64 to win the PGA Tour’s Arnold Palmer Invitational and reached the semifinals of the WGC-Dell Match Play in March. To the surprise of no one, Molinari arrived in Augusta as one of the favourites for a Masters he would lead for long spells before two unscheduled visits to the water on the 12th and 15th holes in the final round dropped him to a T-5 finish.

“Although it is maybe too easy to identify Augusta as a turning point, my confidence did take a hit that week,” Molinari said. “After that, my results have not been as good. Confidence is such a big part of every sport, and especially in golf. I was feeling good going into the Masters. Everything was going my way. But it all changed that week. It has been many little things. I haven’t hit the ball as well. I haven’t putted as well. So my confidence is lower. Until Augusta, it was like a snowball effect getting bigger. Then it started to go the other way. And it has been hard to stop.”

A closer inspection of his life on and off the course does reveal some possible reasons for the recent decline in performance. For one thing, he is getting older, closing in on 40. Like it or not, that epochal age does still represent something of a turning point for just about every professional athlete.

For another, he is trying to play both the European Tour and the PGA Tour from the London base his wife, Valentina, loves so much (she previously spent a year there as a student). That has obvious implications for travel. It’s safe to assume Molinari has suffered more than most from jetlag this year. Take late September: Molinari went straight from defending his BMW PGA title at Wentworth to the Safeway Open in California—then went back to London. 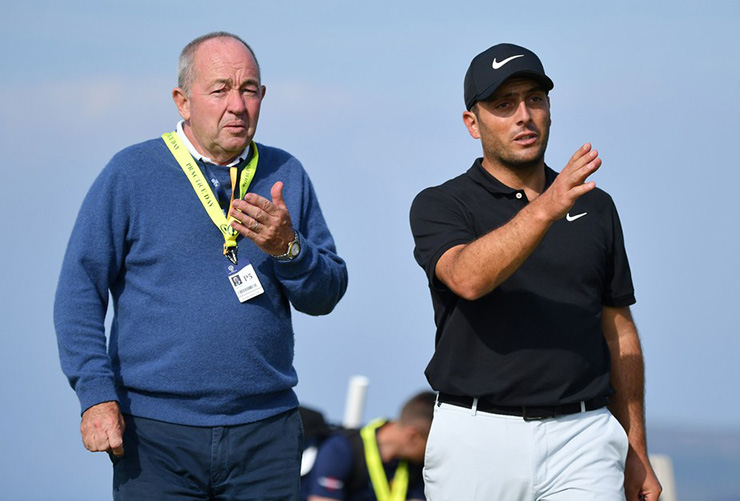 Even without family responsibilities—the Molinaris have two young sons—that sort of time-zone-changing travel is never easy to cope with. So perhaps there is a decision to be made in the near future: continue to live in England or find a base, at least for a while, in the United States?

Then there are expectation levels, both his own and those of the public. Had Molinari’s 2018 been his 2019, and vice versa, his career would be seen to be progressing on a more logical trajectory. Instead, the word “slump” is not far from some lips.

All of which is surely premature. Molinari’s beautifully orthodox action and much-improved putting stroke are simply too good for his current form to be anything other than a temporary dip. So, while some tough conversations are surely ahead with swing coach Denis Pugh, putting coach Phil Kenyon and performance coach Dave Alred, it would be more than foolhardy to predict anything other than at least a partial resurrection of fortunes in 2020. Class, as someone once said, is permanent. Form, for a variety of reasons, not so much.