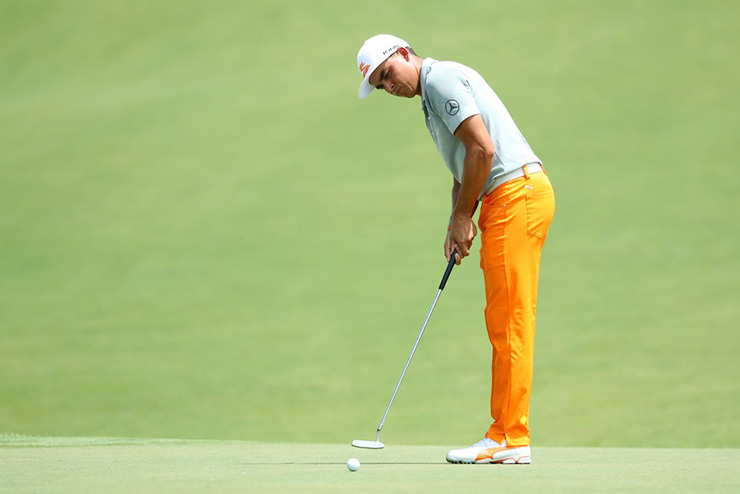 Butch Harmon has been trying to get Rickie Fowler to play more like Rickie Fowler on major championship weekends—or at least the Rickie Fowler that closed out the 2015 Players. With six top-five finishes in major championships prior to the final 36 holes of the 99th PGA Championship, Fowler heard Harmon loud and clear when the swing instructor told him, “Put on your big-boy shoes and go win this thing.” Rickie’s problem in his latest top-five is that he waited a day late to find the fearless extreme sports persona that has made him famous. While some will say his Sunday 67 produced a backdoor T-5, I think it was a step in the right direction. Fowler is now 0-for-32 in majors, but his 2017 was much improved over his 2016 major championship campaign. A year ago, Fowler missed two cuts and didn’t crack the top 30. Harmon told him he needed to get in better shape in the off-season. Fowler responded and started the year with a victory in the Honda Classic on one of the PGA Tour’s toughest venues, PGA National. At the Masters, Fowler was one stroke off the lead held by Sergio Garcia going into Sunday. He shot 76 to Garcia’s 69 and finished T-11. He led the U.S. Open with an opening round 65 and was two strokes off the lead going into Sunday. Brooks Koepka shot 67. Fowler shot 72 for a T-5. Never a factor in the Open Championship (T-22), he battled back from an opening round triple bogey at Quail Hollow and a 5-5-5 finish that cost him four strokes to par. That night he posted a tweet that said, “It’s on tomorrow.” And with four straight birdies it was on for Fowler, just not enough to catch his Tequesta, Fla., neighbor, Justin Thomas. “I knew I still had a shot out there today,” Fowler said. As for the overall assessment, Fowler summed it up with three tight sentences, “Nice coming off of last year. Made all the cuts. That’s a good step.” A good step in big-boy shoes for Fowler to build on next year. 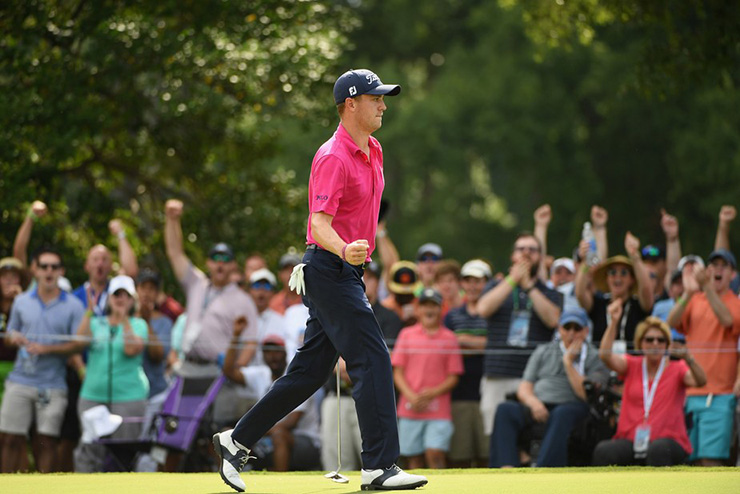 Justin Thomas make putts this year for 59 at the Sony Open and for 63 in the U.S. Open, but the biggest putt at the PGA Championship — and arguably his career — was not to tie a scoring record. It was the 14-footer for bogey on the first hole of the final round after thinning his third shot from a greenside bunker into another greenside bunker. Asked afterward what was the most important thing he did on Sunday, it didn’t take Thomas long to say, “That putt on 1 was pretty big. Starting with double there would have been pretty terrible. That just would have been such a bad double to start today.” Matt Killen, who shares coaching duties with Thomas’ father, Mike, agreed. After his 63 at Erin Hills, Thomas had a tough time shaking his poor start in the final round of the U.S. Open, missing three-straight cuts including an 80 in the second round of the Open. But he had good putting sessions with Killen at Quail, matching up his speed and line better to make not only that bogey putt, but to save his Saturday round that Killen admitted “could have gotten away from him,” Thomas shot two under in the third round without his best stuff. Who knows how making 6 to start his final round would have affected him? “That’s a big moment, second to the last group, major, great chance to win.” It was a big moment, even if the resulting score was a bogey. 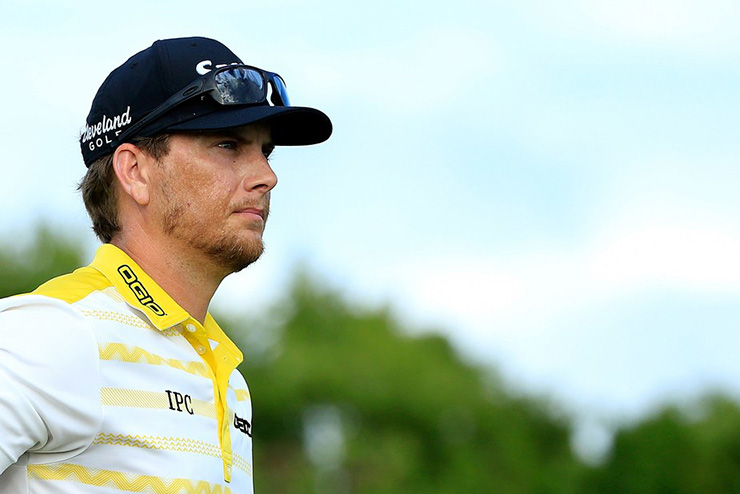 Chris Stroud told me he contemplated walking away from the life of a struggling tour pro six months ago. The game and balancing act with a family had become too stressful. “Luckily I had some great things going on.” What he meant by “great things” was a friendship carved out with Houston Astros owner Jim Crane, through one of his Lamar University teammates, Giles Kibbe. As Crane’s general counsel, Kibbe introduced Stroud to Crane, who offered Stroud an honorary membership at The Floridian GC he owns in Palm City, Fl. Through golf games and trips (like the Dunhill Cup in Scotland) with Crane, Stroud pitched the idea of a Safety Business that one of his friends had done well in. What is the Safety Business? “Fire extinguishers. Exit signs. CPR certification. Fork-lift training,” Stroud explained after playing his way into contention at Quail Hollow. “It’s as important as insurance for business,” Stroud said. “This club probably pays $2,500 a month.” By now everybody knows the story. Stroud was last man to qualify for the PGA by winning the Barracuda Classic in his 290th start on tour. A big reason was Crane’s investment in a company that is projected to make $100 million in 10 years. “It made me realize there’s a lot more to life than just golf,” Stroud said. “Golf has always been my financial bread-and-butter. Now I’ve got this on the back burner.” That’s some back burner. Crane Safety launches in September, when his friend’s two-year non-compete expires. That kind of safety net certainly made Stroud’s final-round 76, which dropped him into a T-9, easier to deal with. Typical of Stroud, who has played seven-straight weeks, he is going to honor his commitment to play the Wyndham. Tournament Director Mark Brazil gave him an exemption coming out of Lamar. Stroud is the type of guy that would have done that even with his share of $100 million in the bank.