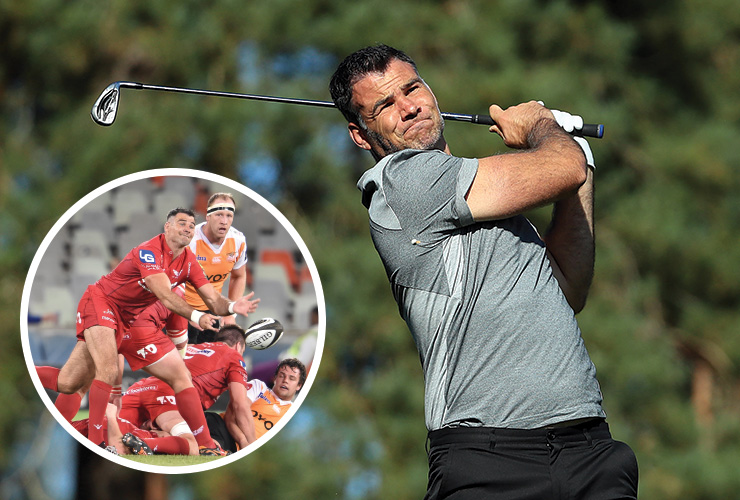 By Kent Gray
Amateur golf’s answer to cricket’s Indian Premier League (IPL) is set to be launched with a sprinkling of rugby star dust.

Welsh Six Nations legend Mike Phillips has been named as one of the playing captains for this month’s Emirates Amateur Golf League (EAGL) Mini-Series on the Fire course at Jumeirah Golf Estates.

Phillips will lead the ‘European Seves’ in the June 20 event which is designed to showcase the ambitious new franchise-based amateur league slated for a November launch.

The one-day event will give the eight four-man teams a taste of the ‘tour pro experience’ the EAGL is promising later in the year. The event will be capped with a gala dinner and prize presentation, as well as a special UAE Golf Industry forum. This against the backdrop of the final round of the U.S. Open although the participants may be more interested in a reply of the two-hour live broadcast of the Mini-Series being promised for social media channels.

The brainchild of Dubai-based businessman Sudesh Aggarwal, the EAGL will offer businesses and individuals the opportunity to own a team franchise in a business model similar to that of the IPL. 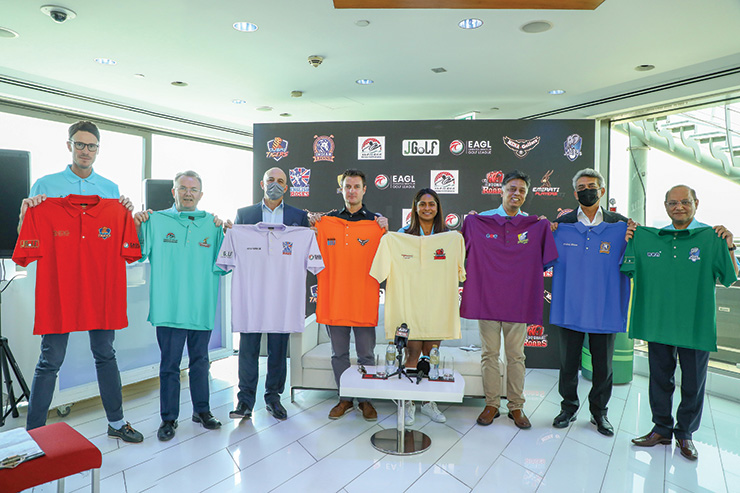 “Our vision is to give a new dimension to amateur golf in the UAE and create a tour that is at a different level to those in other countries,” said Aggarwal.

“The franchise model has not been seen before in golf and we are excited to be able to showcase this new approach. The series will create a business proposition that benefits corporates, investors and team owners in enhancing their marketing efforts through multiple event channels and on and off-course branding opportunities as well as providing a platform for a truly world-class networking experience.”

The series proper, which is officially sanctioned by the Emirates Golf Federation (EGF) and backed by the Asia-Pacific Golf Confederation (APGC) and the Dubai Sports Council, boasts European Tour pro Shiv Kapur as its ambassador.

“The EAGL will raise the bar and set distinctive high standards for amateur golf in a pro-style setting where the competitors will be treated like Tour professionals for the day with bespoke team shirts, names on lockers, branded golf carts, valet parking, media coverage, on-course branding and more,” said EAGL League Administrator Priyaa Kumria.

“The league has been envisioned to take corporate golf to a new level and give those who take part a sense of what it feels like to play in a professional team event. This Mini-Series event will showcase many of the unique highlights the full series will feature later in the year.” 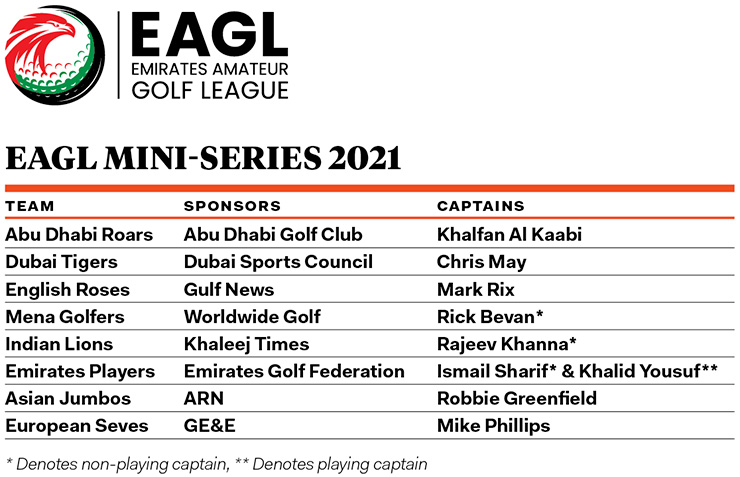 By luring three-time Asian Tour winner Shiv Kapur as an ambassador, the EAGL has already signalled the seriousness of the region’s ambitious new franchise-based amateur golf league. Nick Tarratt’s appointment as Tournament Director ahead of this month’s EAGL Mini-Series ups the ante further.

The former Director of the European Tour’s Middle East division, Tarratt’s involvement in golf administration dates back to the early 1980s when he started his career at The Belfry for the PGA. He was a key member of the 1985 Ryder Cup organising committee at the fabled Warwickshire resort and worked as an Official Referee during Europe’s historic 16½ – 11½ victory. “We are delighted that Nick can join us with immediate effect for this exciting golf project,” said EAGL founder and CEO Sudesh Aggarwal. “Nick has huge and perhaps unique experience of organising golf events around the world, especially in Dubai…we are all excited by the commitment, passion and experience he will bring to our group.”

Tarratt will assist in all areas of planning as well as acting as the Rules Official and Senior Auditor of Handicaps for the tournament.“It’s great to be able to join the EAGL team and get back into mainstream golf,” said Tarratt.

“I have taken a sabbatical over the last two years for personal reasons and am returning fully energised, batteries recharged and excited to hit the ground running for this summer project. Sudesh and the EAGL team have ambitious plans to raise the bar for corporate golf in Dubai and the UAE which should be applauded.

“There is huge potential for the EAGL vision longer term and I’m sure it will be well received by players, sponsors and the golf industry in this pilot project.”

They say you learn more from failure than success in golf but that was lukewarm comfort at best for Josh Hill...