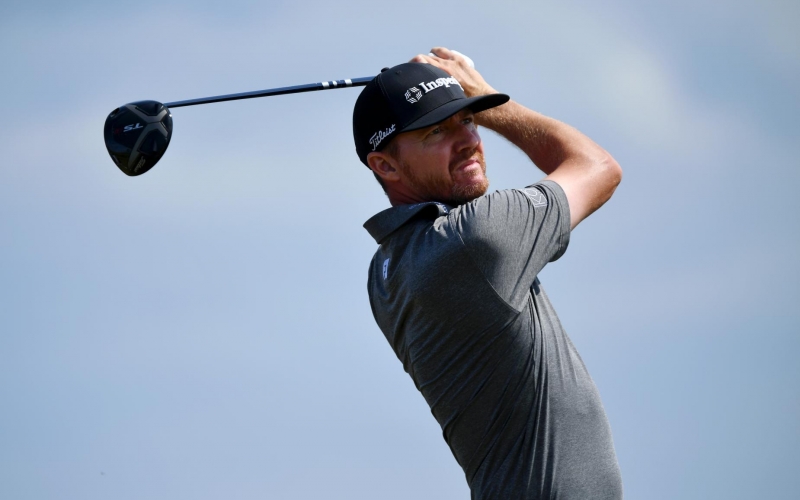 By Michael Johnson
Some players have used the downtime to work on their equipment for the PGA Tour’s re-start at the Charles Schwab Challenge, but former PGA Championship winner Jimmy Walker took it to a new level.

Walker is coming to Colonial C.C. armed with metalwoods that all have steel shafts, including his Titleist TS3 driver. According to the Darrell Survey, it will mark only the third time since 2008 a PGA Tour player has put a steel-shafted driver in play, the others being Todd Demsey who used a True Temper Dynamic Gold driver in his TaylorMade R11s driver at the 2012 Byron Nelson Championship and Patrick Reed, who also used Dynamic Gold in his Callaway X2Hot Deep Pro at the 2014 RBC Heritage.

Walker is expected to have True Temper X100 steel shafts (with D-5 swing weights) in his 44-inch, 8.5-degree Titleist TS3 driver and TS3 15-degree 3-wood after practicing with each over the last several weeks.

“It all started a couple of months ago,” Walker told his equipment company, Titleist. “We got home and there was nothing to do so I got out my original Titleist 970 fairway metal, started hitting it, and was blown away by how well it worked. I remember it was the first club I ever had built by Titleist when I qualified for the Byron Nelson as an amateur in 2001. It was the first PGA Tour event I ever played. I had that club in the bag for the longest time.”

After pulling the club out during the pandemic, Walker called J.J. VanWezenbeeck, director of player promotions for Titleist, to fill him in on his idea of making the switch back to steel. Not only to steel, but to a shaft the company doesn’t even make anymore.

“I’m like ‘J.J., I am going to put this sucker in play.’ I was trying to be serious and he’s laughing,” said Walker. “He said, ‘Well let me try and find some X shafts if I can even get in the building. I’ll see if I can dust some off and build you a current model.’ Sure enough, he sent me a picture of this dusty box in the corner. He built the TS3 fairway and shipped it to me.”

After “hitting it like four times,” Walker texted VanWezenbeeck: “It’s already in the bag. I’m playing this thing. It’s that good.” While Walker couldn’t get any immediate TrackMan numbers because his home course practice facility was closed, he was able to test it out in competition with his buddies at his club.

“There were a couple of shots that stood out that first time I played with it, and I said to myself, ‘I remember that feeling.’ I mean, they were like the best feeling shots I’ve hit in so long,” said Walker. “It was the way the shaft flexed into the ball. It was just like a whip at the bottom. And it had a heavy hit on it. I couldn’t believe how soft the shaft felt, but back in the day, people looked at that club and thought how stiff it was.”

When Walker did get a chance to test on TrackMan, he was pleased what he saw with both metals. With his driver speed in the high 170’s and spin rates spin between 2,200 and 2,300, Walker felt he had better control off the tee. His fairway metal is going slightly shorter than it was with his graphite shaft, but that is actually a good thing.

“My 3-wood was going a little too far for me, and this new one slid into a pretty good slot when it comes to gapping,” said Walker. “I go from the 3-wood to a 3-iron that can cover up to 240. And I now have a 64-degree wedge in the bag which I love around the greens, so I feel like I have perfect set comp right now.”

While the move might seem drastic, fact is Walker has been a fan of steel for some time. According to the Darrell Survey, Walker regularly played a steel shaft in his driver until 2008 when he made the permanent switch to graphite three events into the season, making him the final hold out of the steel shaft era.

“I remember playing steel for the longest time and somewhere along the line, everybody’s like, ‘well, you’ve got to make the switch to graphite,’ and we all did,” said Walker. “That was early to mid-2000’s. I held out as long as I could.”

And now he’s back with steel again.