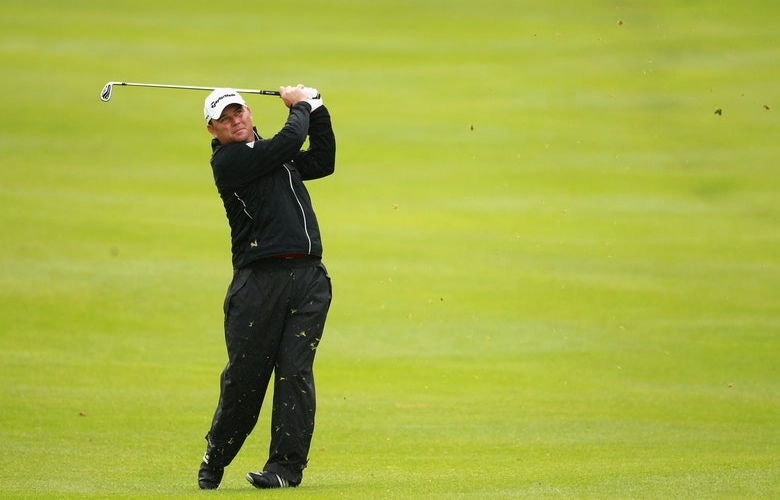 By Christopher Powers
As Phil Mickelson’s “Phireside with Phil” chats have proven, professional golfers can be great storytellers. To the surprise of no one, the European Tour pros are some of the best.

While everyone’s cooped up inside for the foreseeable future, the Euro Tour is capitalizing on some of these great stories with a series called “Tour Tales,” in which they challenge pros to film themselves telling their favourite tales from over the years. Padraig Harrington kicked it off with a great story about a monkey shredding his rangefinder at the 2006 Malaysian Open, and he challenged Lee Westwood, Shane Lowry and Gary Murphy to tell their best tale.

Murphy, a former pro turned Sky Sports commentator, may already have taken home the title for best tale on Tuesday evening. As the story goes, Murphy was playing in what wound up being the third-to-last event of his professional career, the 2011 Portugal Masters. With no full status on the Euro Tour, Murphy got an invite to the event and needed what he called a “hail mary week” to keep his card. After rounds of 67 and 72, Murphy, then ranked 1,142nd in the world, was on track for just that.

Saturday’s third round just so happened to line up with Murphy’s 39th birthday, but he didn’t exactly give himself the best present. The Irishman went on to shoot 82, dropping him to the bottom of the leader board. Later that night, a dejected Murphy went out to get groceries just to be alone, and it was then when he picked up a stranger on the side of the road and offered him a ride. We’ll let Murphy take it from there:

Brutal. You try to help a guy out and he ends up unintentionally putting a dagger in your heart. We’re guessing that’s the last time Murphy ever picked up a hitchhiker.

The guy currently in 150th place in the FedEx Cup standings, Austin Cook, has already made $279,342 this year. The same cannot be said of the Korn Ferry Tour.