For the second time in three days, PGA Tour pros make holes-in-one in a matter of minutes 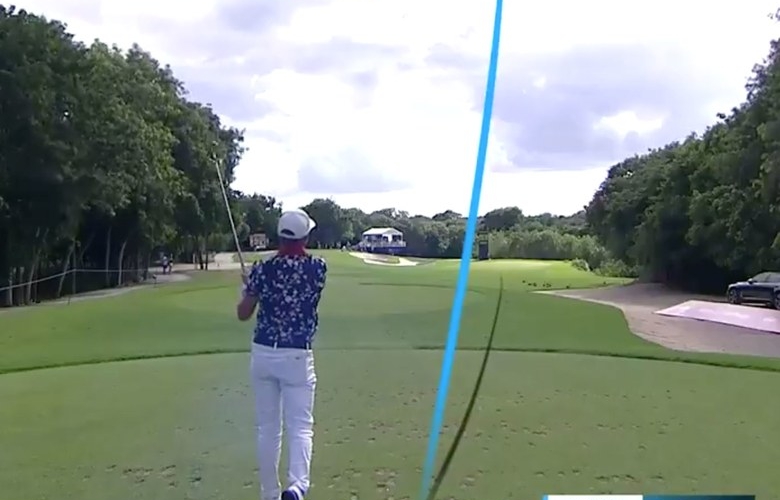 By Ryan Herrington
The 2019 Mayakoba Golf Classic will be remembered, as least in part, for its Thursday washout, rain delaying the start of the event and causing it to spill past the scheduled Sunday finish into Monday morning. But it also will go down as the PGA Tour fall stop where aces were wild as PGA Tour pros took dead aim at flags on a rain-softened course.

This video here didn’t capture the audio that Golf Channel cameras did, when you could hear Kuchar lamenting that it “didn’t go in but it’s close,” unaware that it actually had gone in the hole. Not until Kuchar got closer to the green did he realize the ball had indeed gone in.

Five minutes later, Brian Gay stepped to tee on the par-3 10th hole and watched as this happened.

Obviously from his reaction, there was no doubt that Gay knew the outcome of his shot.

Pretty amazing, right? How often do you see a pair of holes-in-one in such a short span?

Well, actually it happened just two days earlier at Mayakoba. On Friday during the rain-delayed first round, Cameron Tringale and Chase Seiffert made holes-in-one on the par-3 fourth … in consecutive groups. According to PGATour.com, the last time players in back-to-back groups made holes in one came in the third round of the 2013 Northern Trust on the 14th hole at Liberty National (K.J. Choi and Greg Chalmers). Prior to that it had at the 2004 Masters with Padraig Harrington and Kirk Triplett.

The four aces made in Mexico nearly doubled the number recorded on tour during the fall season. In the first nine tournaments of the 2019-’20 campaign, there had been five holes-in-one made. Last season, there were 36 aces.

Meanwhile, less than an hour before Kuchar made his ace, Matthew NeSmith did this on the eighth.

Ordinarily, we’d be pretty impressed. But given the success of his fellow tour pros, we’re not sure if this one even warrants a “Nice shot”.

Meanwhile, Gay’s effort won him more than applause. Because an ace on the 10th hole also meant the pro would win a Kia Stinger, Gay drove off with a new automobile.

What happens when your PGA Tour event gets cancelled

The PGA Tour made the right decision. Even if it took a while to get there