For Fleetwood and Lorenzo-Vera, there’s differing levels of Dubai heartache 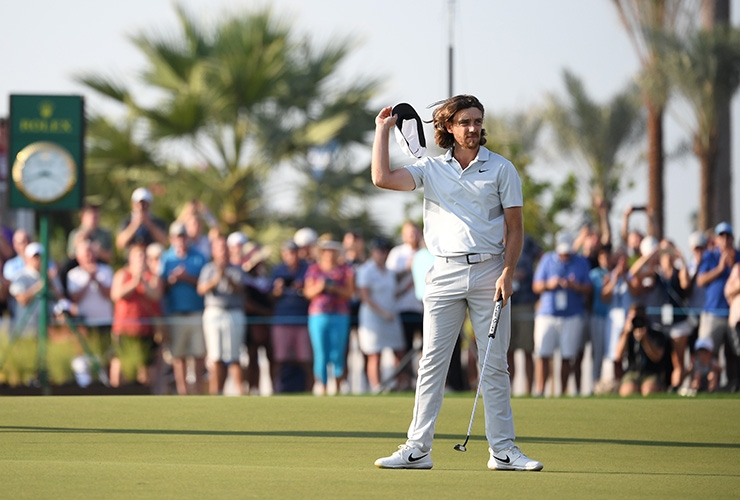 Ross Kinnaird/Getty Images
Close, and yet so far again, for Tommy Fleetwood who salutes the galleries on the 18th at JGE.

By Kent Gray
For the second straight year, Tommy Fleetwood had to endure another of those awful waits in the scorers’ hut to find out if he would be European No.1 again. Ditto last year when Ryder Cup pal Francesco Molinari snuck over the line, it ended in humble heartbreak once again as Jon Rahm did the Dubai double.

Spare a thought also for poor Mike Lorenzo-Vera, the courageous nearly man of European golf. It really is a cruel game the majority of the time.

When the anticipated final round charge from Rory McIlroy strangely failed to materialise, it was up to Lorenza-Vera and Fleetwood to put some pressure on after Rahm’s electric start, five birdies in the opening seven holes.

Just when it looked like the DP World Tour Championship and the order of merit title were locked up, Fleetwood hinted at back-to-back titles after coming back from six shots to win last week’s Nedbank Challenge.

The Englishman rattled off five birdies in a brilliant back-nine of 31 to sign for a 65 and the clubhouse lead at -18. But Rahm, with a closing birdie from the sand on 18, slammed the door shut, winning the DPWTC title for the second time in three years, and his first Race to Dubai title, by a single stroke.

“You know, there’s always going to be a little bit of disappointment there, but for the most part, I got myself back in it, and I am very proud of the way I played on that back nine,” Fleetwood said afterwards.

How do you stomach a second successive Race to Dubai silver medal?

“I feel fine. Couldn’t have done much more, really. You know, some of the putts they hit, some of the shots they hit coming down the stretch, it started looking like I could get back in it or might have a chance.

“Proud, really, of the way I played the last few holes. Proud of the end of the season, and these two weeks make the season just seem in a different light than it did would weeks before we started.

“Fair play to Jon. That’s a cracking birdie down the last when you have to make it. I’m absolutely fine.”

At least Fleetwood has a Race to Dubai title, not to mention five tour victories and a cool $2.08 million for finished second in both this event and the overall season, to nurse him to sleep. There’s no such luck for Lorenzo-Vera who eventually finished solo third on -17 and added so much to this week, standing tall in the cauldron that was Sunday on Earth. And yet, he will cruelly depart Jumeirah Golf Estates as the guy that’s gone 0-194 on the European Tour.

Thoughts on the finish, Mike, after coming so close and yet so far from a record $3 million payday, just two strokes shy of Rahmbo? 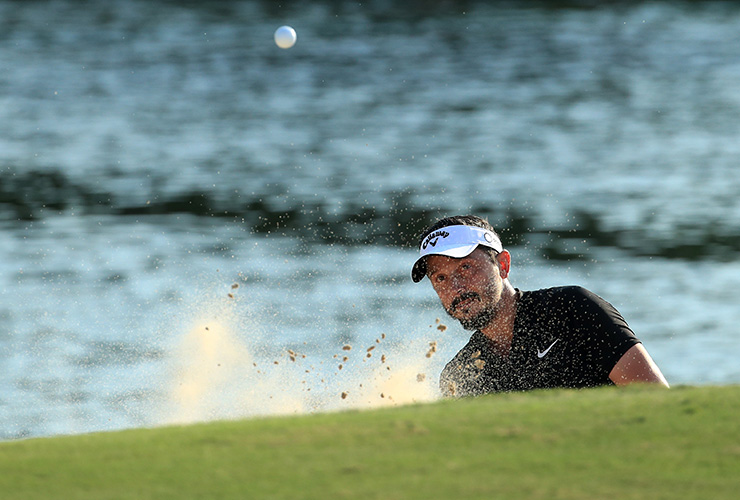 Lorenzo-Vera plays out of a bunker on the 17th at Earth on Sunday. Photo: Andrew Redington/Getty Images

“Yeah, disappointing. He [Rahm] looks like a bomber and he was hitting bomber on my head in the beginning with his putter. There you go,” said Lorenzo-Vera who stilled banked $592,500 for the best week’s work of his life.

“I was too far after seven holes [six strokes back]. Even if I try to come back, he gave me some help. You never know you can do this as long as you not do it. If you do it, you know exactly. I know I can be around and golf one day will give it to me.

“But it’s like a huge championship guys around me this week, Tommy and Rory and Jon. I did not expect anything else than what happened today. I knew if I was going to be 20-under, I had my chance. 17 was too short. That’s it.”

Rahm on his Dubai double: ‘I can put it in words, but it just doesn’t feel like it’s true’

How do you beat Rahm and Rory? For Mike Lorenzo-Vera it’s about not beating himself

Leader Lorenzo-Vera, wary of ‘big dogs’ out to ‘bite me’ expects a stressful Saturday on Earth