After flirting with a new flat stick, Jordan Spieth puts old putter back in the bag at Colonial 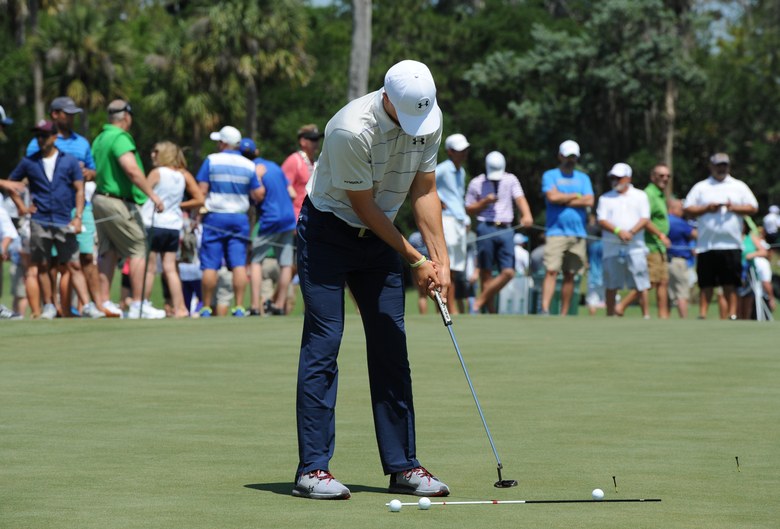 Jordan Spieth’s switch to a mallet putter at last week’s AT&T Byron Nelson signaled the biggest mid-season equipment change of 2017. After all, the young star was ditching the flat stick with which he won two majors and nine PGA Tour titles before turning 24. But as the saying goes, breaking up is hard to do.

At this week’s Dean & DeLuca Invitational, Spieth has his trusted Scotty Cameron 009 model back in the bag. And on Wednesday, he explained why he’s reuniting with his ex.

“Yeah, I was having a tough time aligning the ball up where I wanted it or getting comfortable with my setup with the 009, and that’s why I made a switch to a putter that kind of lined itself up,” Spieth said at his pre-tournament press conference at Colonial. “Just lost a little bit of the feel that I had with the putter I’ve been using for however many years. But what it did, was now I feel a lot more comfortable with my alignment and feel like I got my set up back to where I want it and I have that feel.”

“Michael and I played 36 holes on Sunday at Dallas National where I play and had a couple great putting rounds just as a day back to get going. That kind of made the decision that it was time, and I felt comfortable back on short- and mid-range putts with my alignment.

“It’s all been setup related. So I just needed to look at something different. I didn’t know if it would be a week or a month, and ended up being a week and it feels good now.”

Spieth is coming off consecutive missed cuts at the Byron Nelson and the Players. He has five top 10s, including a win at Pebble Beach this season.

On Wednesday, Spieth said he hadn’t paid much attention to the reaction to his (brief) putter switch, but he acknowledged fellow tour pros were surprised by the swap.

“I’ve been off social media for a while and media in general. I’m not even really sure what the reaction was other than the players on the putting green, which was significant. Like, ‘Why in the world are you switching?’ Which is probably what it was elsewhere,” said Spieth, who is the defending champ at Colonial. “No, I mean, it was personal. I did things for what I think is going to make me a better player. I felt like it was the right decision. I wouldn’t change it going back at all. It needed to happen.”