Final men’s qualifying for Tokyo Olympics ends, but question looms: Will some drop out due to COVID concerns? 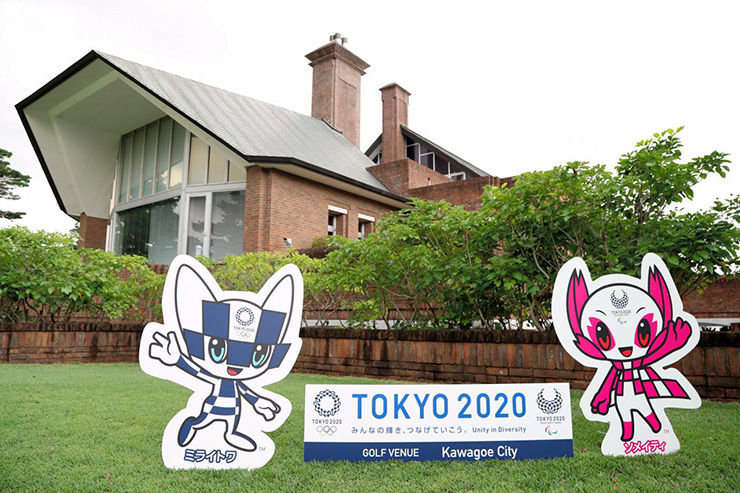 Kasumigaseki Country Club will be the host site for the 2021 Olympic Golf Tournament next month. The Asahi Shimbun

By Ryan Herrington
With the U.S. Open being the final high-profile tournament for male golfers to earn Olympic Ranking points and qualify for the Summer Games next month in Tokyo, expectations were heightened that there might be movement on the points list among players between and within countries.

Too heightened as it turned out.

When the ranking became official on Monday, no golfer either jumped into the top 60 of the ranking or fell out. (Complete team listings are below.) This occurred despite the possibility of movement existing on Sunday afternoon during the volatile final round at Torrey Pines.

Arguably, the tightest team race entering the final weekend of qualifying was for a spot on the American roster with 10 of the top 15 players in the world hailing from the U.S. The foursome of golfers who ultimately qualified to play in Japan include Justin Thomas (No. 3 in the World Ranking), Collin Morikawa (4), Bryson DeChambeau (5) and Xander Schauffele (6).

On the outside looking were Patrick Cantlay (7), Brooks Koepka (8), Patrick Reed (9), Webb Simpson (13) and Tony Finau (15). Had Kopeka, who finish T-4 at Torrey Pines, won of finished solo second on Sunday, mathematically he would have passed Schauffele to grab the final spot.

A total of 60 golfers will be competing in the 72-hole stroke play format at Kasumigaseki Country Club in Kasahata, Saitama, Japan, about 35 miles northwest of downtown Tokyo. The men’s tournament will be July 29-Aug. 1. Between one and four golfers can compete from any one country, based on their place in the Olympic Rankings, which are a modified version of the World Ranking. All players inside the top 15 qualify so long as they are among the top four players within the country.

While there was no last-minute sneaking into the top 60 on the Olympic list over the weekend, earlier in the month a few players jump in and out of the ranking. Garrick Higgo’s win at the Palmetto Championship allowed him to move past Christiaan Bezuidenhout for the second of two spots from South Africa. In May, Japan’s Rikuya Hoshino stayed home to play on the Japan Tour and used two tournament wins to pass Takumi Kanaya, who was playing over in the U.S. on sponsor’s exemptions, and join Hideki Matsuyama as Japan’s representative into their home Olympic Games.

There was potential for drama as to how the Team GB&I squad would shake out as well. Paul Casey had jumped Matthew Fitzpatrick a few weeks ago in the ranking for the second spot, along with Tyrrell Hatton. Both were in the mix briefly at Torrey Pines, but when Casey finished tied for seventh, his spot on the GB&I team was locked in.

All this said, there is still potential for some roster shake-ups between now and the Olympics. The International Golf Federation doesn’t officially release the updated Olympic Points list until Wednesday, and potentially players in the next few days who qualified might opt out of competing. The harsh reality of strict COVID protocols that will be applied to athletes in Tokyo, including a ban on attending other Olympic events and a requirement to stay in an IOC-approved hotel nearly two hours from the golf course, might cause others to decide to pass on their spot. Among those who have already done this: Dustin Johnson of the U.S., and Adam Scott of Australia.

Prior to his victory at the U.S. Open, Jon Rahm noted that the International Olympic Committee wasn’t “making it easy” for golfers to compete. In addition to the restrictions, a crowded calendar of big events makes taking a trip to Japan in the height of the season a challenge.

“I can understand why a lot of people are prioritizing the FedEx Cup events and great golf events,” Rahm said. “The Olympics are relatively new for golf, and I don’t blame them.”

Editors’ Note: Adam Scott announced that he has taken his name out of consideration for this year’s Olympics. Scott would otherwise be among the top two ranked players from Australia.

EDITOR’S NOTE: Despite being the No. 2 ranked player in the world, and thus would qualify for the U.S. team, Dustin Johnson is not listed in the official Olympic Rankings because in 2020 he said that he would not compete in the games.