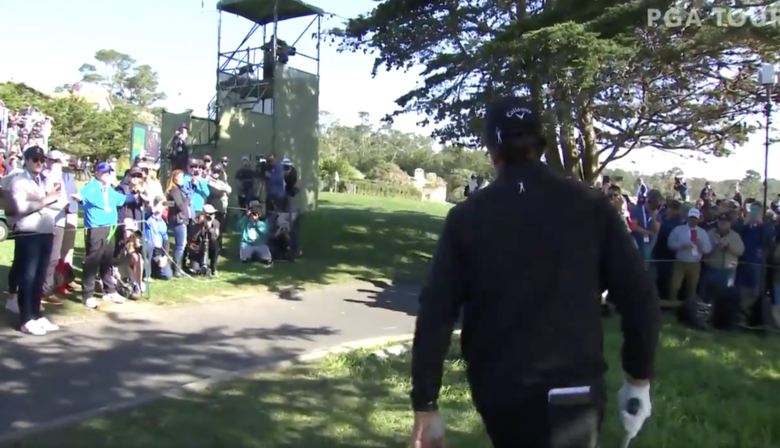 By Joel Beall
Phil Mickelson had one of the up-and-downs of the year on Saturday at Pebble Beach’s famed seventh hole. Though Pebble’s 13th hole isn’t as celebrated on the Monterey Peninsula, Mickelson’s scramble there on Sunday was also something to behold.

For context, Mickelson sailed his approach on the par 4. Actually, “sailed” is being kind; more like “put it on a plane for Sacramento and it landed in Seattle” long. His ball was found, but it was behind a set of trees, a camera tower, the gallery and Jim Nantz’s backyard hole (not, really, but you get what we’re trying to say).

And yet, there was somehow an opening, because there’s also an opening for wizardry. Which is how Mickelson the magician waved his wedge and pulled this “Did you see THAT!” shot out of the Monterey marine layer:

By golf scribe law, we’re obligated to say the putt was impressive in itself, which it was. But my word, even for a short-game sorcerer like Mickelson, this is an escape that would make David Blaine blush.