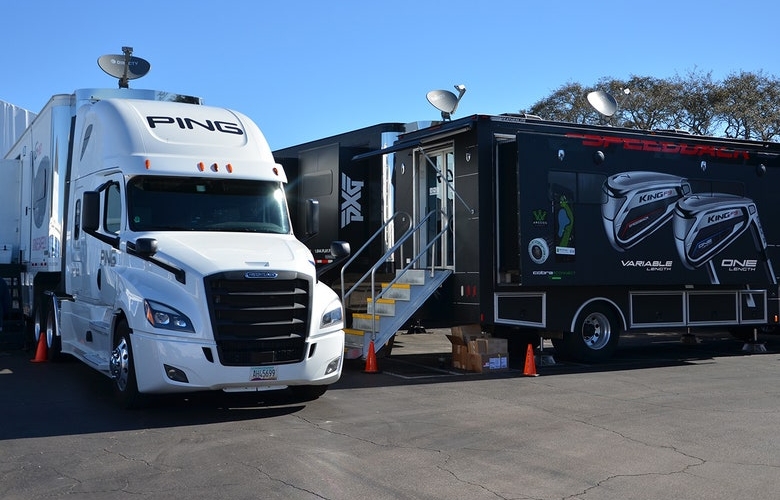 By E. Michael Johnson
The PGA Tour’s return to play beginning with the Charles Schwab Challenge in Fort Worth June 11-14 brings a number of logistical challenges. For gearheads, one question that had yet to be answered was whether or not the omnipresent tour vans would be allowed on site to cater to the players’ equipment needs at Colonial C.C.

It appears the answer to that is yes, albeit as one would expect, with numerous modifications. The PGA Tour held a call with reps Friday afternoon and laid out some of the protocols.

According to a rep who was on the call, the protocols cover the first four events. Reps and trucks will be allowed on site, but no reps will be allowed on the range or in locker rooms—two primary pieces of real estate the reps normally work. In the new normal, however, there is a desire to create a “player bubble,” said the rep.

The setup will be much like at the AT&T Pebble Beach Pro-Am where there is an area where product is dropped off and picked up. Players and reps will access from separate sides and all product will be cleaned and sanitized. There will be a limit on how many people companies can send as well with firm guidelines to be sent next week.

The PGA Tour declined to comment on its planned limitations upon the restart.