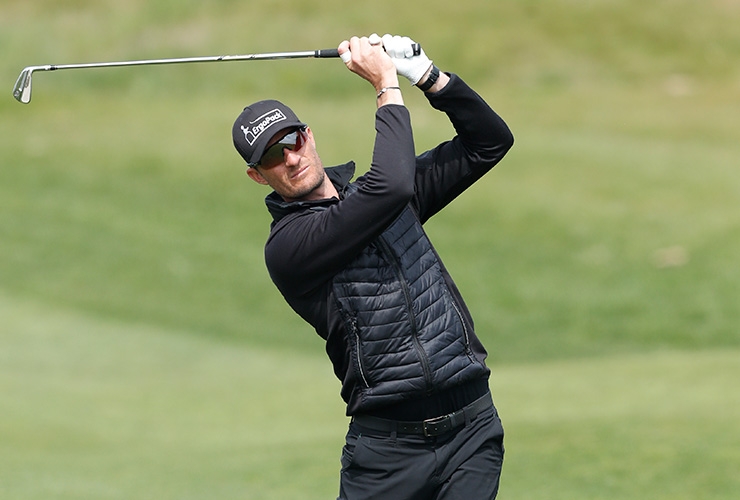 By Kent Gray
With the 31st Omega Dubai Desert Classic in January and the opening of the Middle East’s first Topgolf venue slated for June next year, Emirates Golf Club has a lot to look forward to. Sometimes it’s also fun to reflect on the past and the region’s pioneering club can certainly do that with pride after a former three-time club champion secured his maiden Challenge Tour title in style in France on Sunday.

Indeed, The Netherlands-born, Dubai-raised and Munich-based Sebastian Heisele won the Open de Bretange with real panache, a tap-in birdie on the 72nd hole sealing a closing five-under 65 for a two-shot victory over Kiwi Josh Geary. Check out the 31-year-old German’s nerveless finish here:

Not a bad way to close out for your maiden Challenge Tour victory ? pic.twitter.com/HlsBxkeL27

Heisele, who grew up in Dubai, first picked up a golf club at age 12 and quickly became a star member of the junior program at Emirates G.C.

The lanky 1.99m (6ft 6in) right-hander turned professional in 2012 but not before giving hint of his talent by winning the club’s premier strokeplay title three times, first in 2004 and then back-to-back in 2007 and 2008 during breaks from a golf scholarship at the University of Colorado where he graduated with a degree in architecture.

Chris May, the chief executive of Dubai Golf which manages Emirates G.C., Dubai Creek Golf & Yacht Club and now Jumeirah Golf Estates, is thrilled for Heisele who is just one of four players to win the Emirates G.C. club championship three or more times.

“I think I joined Emirates G.C. as club manager for Sebastian’s last club championship win in 2008. I’d obviously known him from the Dubai golf scene where he’d won multiple times at various events around the city but the first thing that hits you when you meet Sebastian is his size, “ May said. “He’s tall and certainly on the golf course he hits the ball prodigious distances.

“He was always a very polite young man and it’s been great to see him develop into a professional golfer and now one starting to have some success. We’re all very, very proud of him and look forward to following his progress.”

Heisele jumped 54 places up the Challenge Tour’s ‘Road to Mallorca’ rankings to 32nd with his €32,000 victory. He has seven more tournaments, including the season-ending Tour Championship (Nov 7-10) which has moved from Ras Al Khaimah to Mallorca, to claim one of the European Tour cards handed out to the top-15 players at seasons end.

That raises another enticing prospect for May, his team and members at Emirates G.C.

“It would be a really fantastic story if a previous member and previous multiple club champion was to get the opportunity to play in the Omega Dubai Desert Classic,” May said.

“I also saw this morning, which was even more fantastic news, is that he’s moved into the top 60 of the Olympic rankings with his win so he would be, I think, representing Germany with Martin Kaymer if he manages to stay in that position by the time the qualifying for Tokyo finishes.

“So that’s a real incentive for him to continue his great play and hopefully he’ll go onto the end of season Challenge Tour event and win the opportunity to have his [European] Tour card and then hopefully qualify or get an invitation to play in the Desert Classic.

“That would be a fantastic circle of achievement to be a junior member and then go on to be club champion three times and go on to be the first member to qualify to play in the Desert Classic.  We’ve had lots of fantastic opportunities where members have been invited to play in it but I don’t think anyone has actually qualified by right.

“There’s still a long way to go, he still needs some good play but we hope he gets the opportunity and certainly look forward to welcoming him back to the club.”

Awesome week. Thanks to everyone involved. Thanks to my team, family and friends. Its been a tough 18 month stretch but this is what we work for day and night; few moments of glory and extreme satisfaction! https://t.co/dhDgn371AR