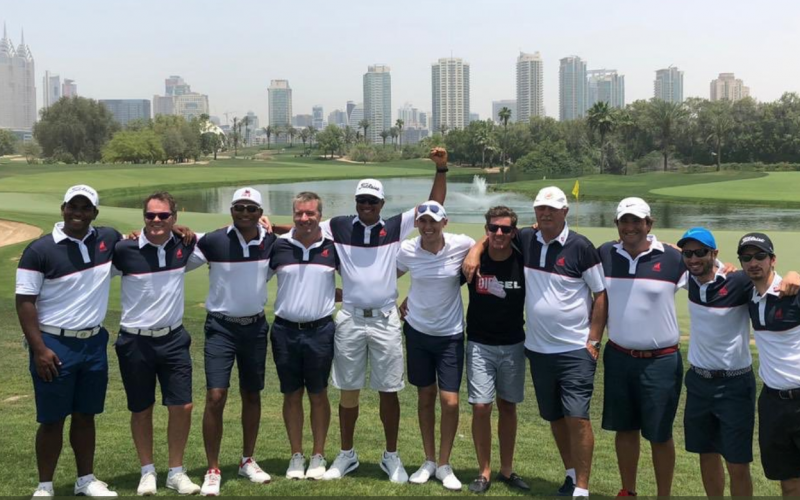 By Kent Gray
The UAE Scratch League has undergone the most significant makeover in the history of the country-wide interclub competition with the introduction of a record 17th club instigating a new two-division format with promotion-relegation.

Dubai Hills Golf Club is the 17th club to join the league for the new-look 2019-2020 season after the EFG entered a team for the first time last season. Dubai Hills will enter the fray in the new nine-team ‘Players’ division where the two top teams will automatically earn promotion to the following season’s ‘Scratch’ division.

The formation of the new divisions was determined by the clubs’ respective finishes in last season’s Scratch League which was won by Dubai Creek Golf & Yacht Club after it edged Dubai Golf stablemates Emirates Golf Club 4½ – 3½ in the two-leg final.

Creek win the 2019 scratch league!!! Congratulations to all competitors

Dubai Creek and Emirates G.C. are the top seeds in their respective divisions for the 2019-2020 Scratch championship where the bottom two teams will be relegated to the following season’s Players division. Joining DCGYC in group A are Jumeirah Golf Estates, The Els Club, Dubai and Yas Links Abu Dhabi while 2017-18 champions Sharjah Golf & Shooting Club, talent-rich Trump International Golf Club Dubai and either Abu Dhabi Golf Club or Sharjah Wanderers will mix it with Emirates G.C. in group B.

It is hoped a neutral venue, pre-season playoff can be arranged to determine which of Abu Dhabi G.C. and Sharjah Wanderers stays in the top division after they finished tied last season. The side that drops down will find itself in group A of the Players division alongside The Address Montgomerie Dubai, Saadiyat Beach Golf Club and Tower Links. Group B is headed by the EGF, Abu Dhabi City Golf Club, Al Ain Equestrian, Shooting & Golf Club, Dubai Hills G.C. and under renovation Arabian Ranches.

The home and away round-robin matches in both divisions will still be organised by the respective clubs and volunteer administrators Mezei and Alderman on a match-by-match basis but the EGF will “preside over the league in regards to rules, regulations and format” and give the competition greater visibility with results to be published on the governing body’s website egfgolf.com.

All round-robin matches must be completed by March 8 ahead of semifinals (by March 29) and finals – to again be played over home and away legs like the semifinals – by April 19.

Scratch league committee meeting today..off to the races. 2019/20 season will get underway soon. Two leagues this year. Draw to be issued this week to all clubs!!

The format for both divisions remains pairs fourball played by eight-man teams. The side that wins a respective match earns two bonus points in addition to points won in the match while a 2-2 draw would earn each side a bonus point apiece.

Mezei said the addition of the EGF team and now Dubai Hills made the prospect of a one division competition in 2019-2020 unwieldy. It is hoped the new two-division format will better cater to the respective depth of clubs and thus ensure more competitive matches.

“With the new format, the hope is that nearly every match will count for something and add to some further competition, bragging rights and banter among the players and clubs,” said Mezei.

“Hopefully this format, combined with the EGF website coverage will also make the league easier to follow for golf fans and members in the UAE. Prior to this season, there was very little visibility regarding league standings and results.

“We also hope to arrange a year-end dinner for the first time to present both the Scratch and Players’ trophies and get everyone together to help foster the spirit of comradery that the league embodies.”