EGF eyes the future with summer camp in Germany 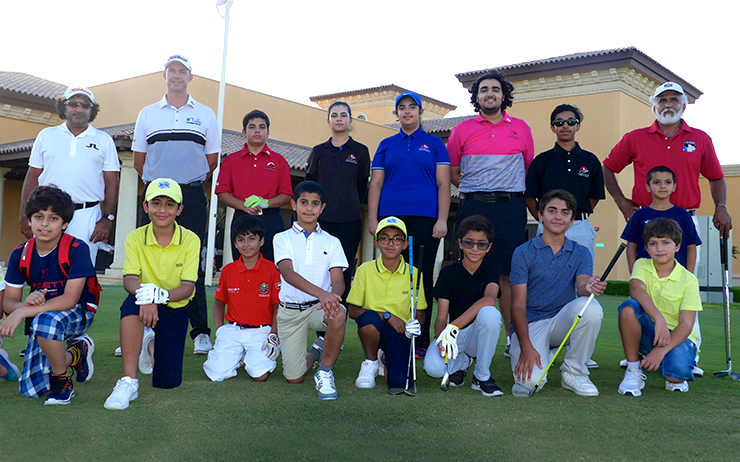 A squad of 18 players depart Friday for a 14-day summer training camp in Fleesensee. As well as up to 11 rounds at Fleesensee Golf Resort focused on course management and scoring, the players will undertake a “packed schedule” of skills tests. From these assessments, to be undertaken by three accompanying coaches, each player will be given an individual game improvement plan to return home with.

Two sets of brothers – Sultan and Rashid Esam Al Jassmy and Rayaan and Salem AlMaazmi – are included in the 10-strong UAE Foundation Squad which forms the bulk of the tour party.

Four-strong Junior Men’s and Ladies squads will also travel and include the promising brother and sister Obaid and Reema Al Heloo. The touring squad is:

The UAE Foundation Squad is part of the EGF National Junior Development Program. The squad includes most of the best junior players at “grass roots level” (some selected are unable to travel) who have been training at UAE clubs for the past 24 months. Aged between 8 and 13, that are “now ready to start competitive golf” with places in the U15 team for the next GCC Championships up for grabs.

The camp will also help identify candidates for August’s Asia Pacific Junior Championship in Hong Kong where two boys and two girls will combine to represent the UAE in the unique U18 format.

Beyond this the EGF is eyeing the Asia-Pacific Amateur Men’s Golf Championships in Wellington, New Zealand from October 26-29 and the Nomura Cup (Asia Pacific teams championship) in Malaysia the following month, as well as the combined U15 and U18 girls GCC Championships, which could possibly be held in the UAE, early next year.

There is also the Arab Golf Championship on the horizon, although the dates and venues for many of the region’s championships won’t be firmed up until after summer.

EGF Secretary General, Khalid Mubarak Al Shamsi, expects the youngsters to benefit from the fortnight in Germany “tremendously”. Fleesensee Golf Resort was once a “European Tour Destination” with five courses varying in length and difficulty. The venue also has some of Europe’s best practice facilities where the teams will hone their games.

“Taking these kids from the Foundation Squad on this summer camp is an important part of the junior development process for the EGF,” Al Shamsi said.

“Having the chance to really focus on the fundamentals and the basics of golf will push these kids to the next level.”