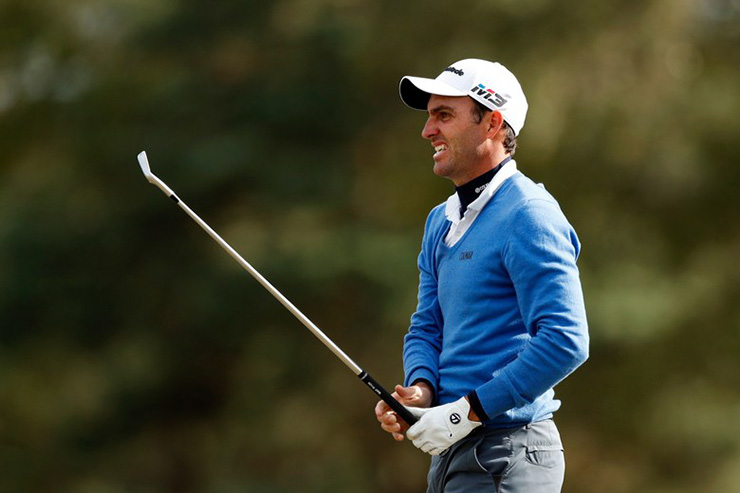 By Ryan Herrington
Professional golf has a handful of anti-slow-play zealots. Adam Scott is a vocal one. Earlier this year, he told Golf Digest’s Brian Wacker that he discussed with PGA Tour officials the idea of accepting a one-stroke slow-play penalty in the hopes that it might set an example that the tour was serious about the issue and begin to get other players to speed things up.

“Make me the victim,” the 2013 Masters champion and 13-time PGA Tour winner said. “I’ll take the penalty. The only way it’s going to work is if you enforce it.”

Brooks Koepka also sounded off earlier this year, expressing disappointment with the system in which “no one ever has the balls to actually penalize them.”

In a similar vein, Edoardo Molinari looks to be another pro golfer willing to become a disruptor on the issue. The 38-year-old Italian has frequently taken to Twitter to bemoan the lack of enforcement against slow pokes. Upset with the pace of play at this week’s European Tour event, the Trophee Hassan II in Morocco, he took it upon himself to see if he could stir things up and potentially create some action.

It’s time that professional golf does something serious for slow play…5h30min to play 18 holes on a golf course without rough is just too long…way too long! #stopslowplay

Sure enough, 1,300 retweeted him, and the former U.S. Amateur champion (and brother of reigning Open championship Francesco) made good on his threat promise, revealing the list that the European Tour does not make public but does share with its members.

As promised…list of timings as of April 22nd. Next updates list will come out at the end of June!
There are a few usual suspects and a few surprises.
Please retweet and share to speed things up!#stopslowplay pic.twitter.com/VpR65M4Xrb

If we’re reading this list correctly, it appears three players have been hit with slow-play fines this season: Adrian Otaegui, Louis Oosthuizen and Erik Van Rooyen, who is leading this week’s tournament after 54 holes. No one, however, has received any stroke penalty on the course.

Fifty-four players appear to have had a least one time breach. Some of the names might not surprise you (Bernhard Langer and Bryson DeChambeau). But among them was also Tiger Woods.

It’s unclear what the European Tour policy is regarding players sharing this information with the public. If there’s a restriction, Molinari obviously didn’t mind, deciding that his own form of vigilante justice from exposing the offenders is worth whatever heat (or fines) that might come with it.

Let’s hear it for Molinari. By taking the step that many have wished officials at the PGA Tour and European Tour would do on their own—exposed the names of slow-play offenders to the public in hopes that such shaming might get them to modify their behavior—he at least pushes the discussion forward.