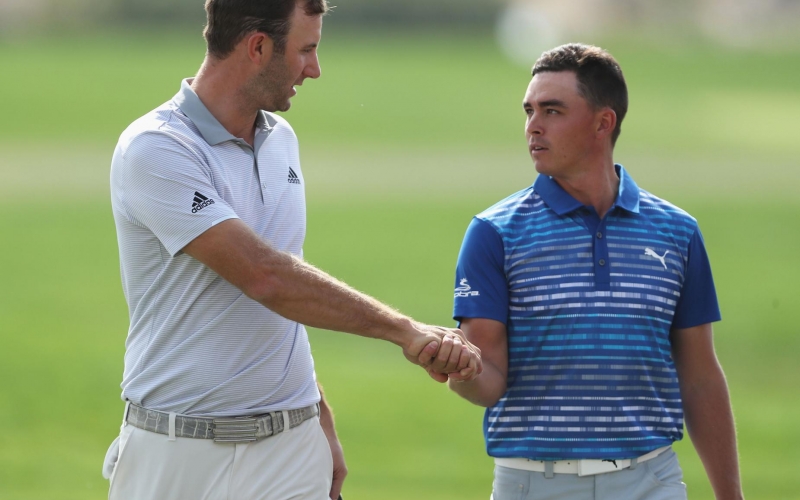 By Ryan Herrington
When the Official World Golf Ranking announced it would resume weekly updates in conjunction to the PGA Tour’s restart, a few European Tour players voiced anger about the potential for losing ground since their tour wasn’t beginning play again until late July. Turns out, a couple of PGA Tour pros might have preferred the OWGR stay frozen a little long, too.

After the finish of the RBC Heritage on Sunday at Harbour Town, two marquee names—Rickie Fowler and Dustin Johnson—made minor but notable drops.

With a missed cut in Hilton Head after also failing to play on the weekend at the Charles Schwab Challenge, Fowler fell to 31st in the ranking. That marked the first time he hasn’t been inside the top 30 on the OWGR since June 2014, when he finished runner-up at the U.S. Open at Pinehurst.

Johnson, meanwhile, finished T-17 at Harbour Town (never posting a score worse that 68 all week). But with Webb Simpson pulling out the victory and jumping to the No. 5 in the ranking from No. 9, DJ wound up dropping to No. 6. That ended a four-year run of being ranked inside the top five that began after his 2016 U.S. Open victory and included 91 weeks as World No. 1.

Mind you, both players are still in the midst of other impressive streaks. Johnson has been ranked in the top 10 since winning the WGC-Cadillac Championship at Doral in March 2015. And Fowler has been inside the top 50 since February 2014.

Plus, one top-10 finish in the next few weeks can help them both make up a lot of ground (DJ is playing at the Travelers Championship while Fowler is taking the week off.) Consider that Daniel Berger jumped from 106th to 31st after winning at Colonial.