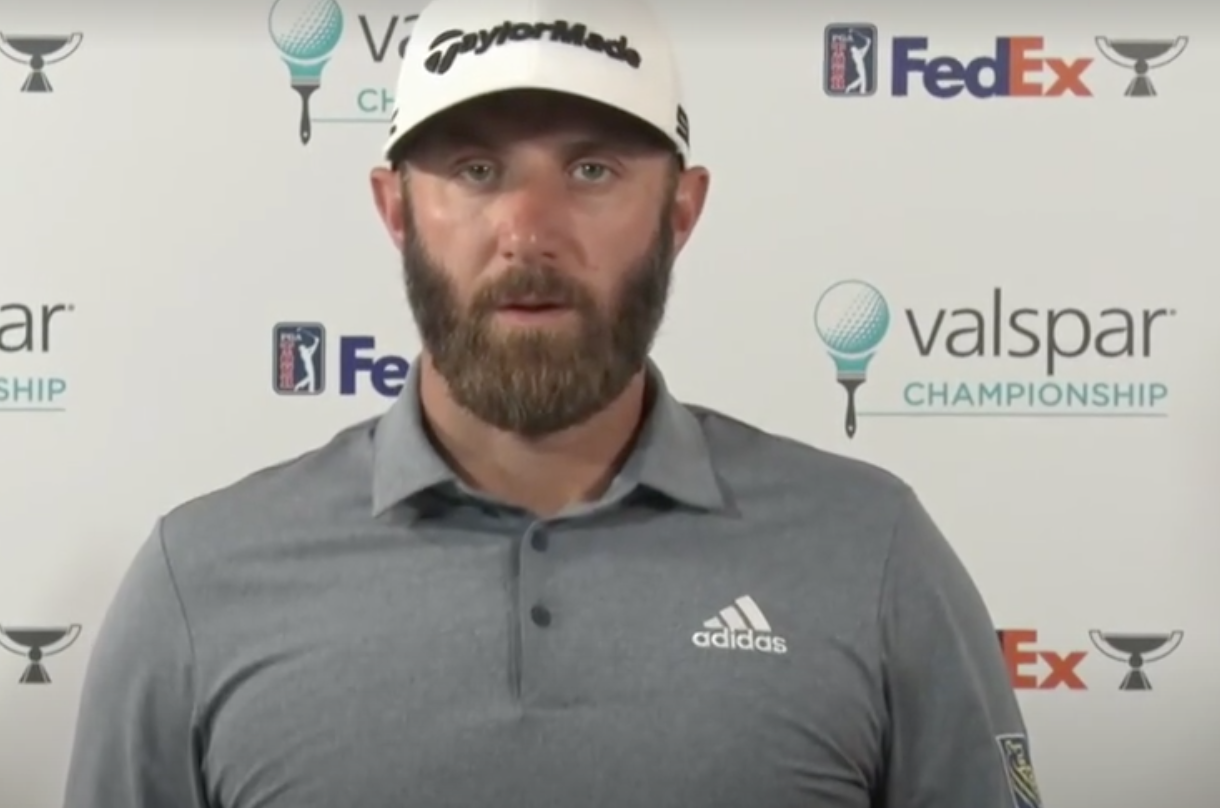 By Alex Myers
We know from that emotional post-Masters interview in November just how much winning golf tournaments means to Dustin Johnson. But man, does he really seem like he couldn’t care less most of the time.

The muted fist pumps on the final putts, the bored-sounding answers at press conferences. It’s an impressive too-cool-for-school act by the current World No. 1. Only again, it’s not an act. The dude is just one of the most chill people on the planet.

Take for instance his response at Wednesday’s presser ahead of this week’s Valspar Championship when DJ was asked about where he keeps his all his 20-plus PGA Tour trophies at home. Let’s just say if you went to visit him, you might not even notice them.

“Yeah, they’re all in a box in my office,” Johnson said. “We’re kind of in between houses, so I didn’t unpack anything, even though I’ve been there for like three years, but just never unpacked any of them. They’re all sitting together in boxes. I’ve got a few of them out.”

“I’ve got a few of them out.” Classic. This is a guy who could easily fill a huge trophy room and yet he sounds like he treats his tournament hardware like some drink coasters he places around his house. We shudder to think where he put his green jacket for those six months.

Although, to be fair, it sounds like major trophies get special attention. Here was Johnson’s response to a follow-up question about the whereabouts of his U.S. Open prize:

“Yeah, that’s sitting out—actually it’s not,” Johnson said. “I keep it in the case because I want it to look nice.”

You can watch Johnson’s entire presser here, but the good part starts at the 5:30 mark:

As for the Valspar Championship trophy that’s on the line this week, Johnson had this to say:

“It’s a nice trophy. I’d like to have it. It would look good on the shelf. I don’t know what it is, but it looks nice.”

Maybe even nice enough to come out of the box. Maybe.