Dubai’s Desert Classic – where Masters champions are made 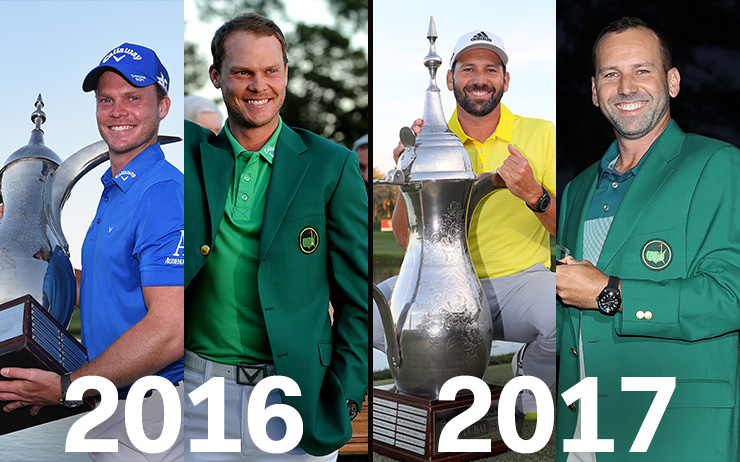 Sergio Garcia followed in the soft-spike marks of England’s Danny Willett Sunday when he captured his first major championship title at Augusta National via success in February’s Desert Classic, the ‘Major of the Middle East”, at Emirates Golf Club.

Garcia’s breakthrough in his 74th major championship start, courtesy of a 73rd hole birdie to pip Ryder Cup team-mate Justin Rose in overtime, followed an impressive three-stroke victory over reigning Open champion Henrik Stenson on the Majlis for what was then his 12th European Tour win at the start of his 19th season on the circuit.

Peter Dawson, Chairman of the newly formed Falcon Golf which took ownership of the Desert Classic on April 1, led the local adulation.

“Many congratulations to Sergio on his magnificent Masters victory. He will be a worthy and popular champion and I know it was very special to him that his triumph came on the day which would have marked the 60th birthday of his idol, Severiano Ballesteros,” said Dawson.

“Following in the footsteps of Danny Willett in 2016, it is absolutely remarkable that, for the second year running, the winner of the Omega Dubai Desert Classic has gone on to success at Augusta. I’m sure there will be no shortage of players at the 2018 Desert Classic hoping to make it three in a row.” 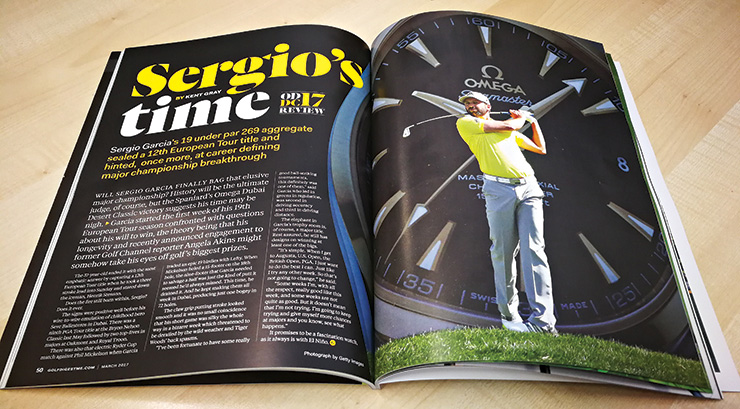 ‘Sergio’s time’ has indeed arrived after his Desert Classic victory in February, as we earmarked in our March issue

“I’m sure he helped a little bit with some of those shots or some of those putts,” Garcia said of two-time Masters champion Ballesteros after finally triumphed following 22 previous top-10s in the bigs.

The 37-year-old, who admitted he felt calmer than he’d ever done before on major championship Sunday, revealed that he also took inspiration from another double Masters -winning Spaniard, José María Olazábal.

“It’s amazing to do it on Seve’s 60th birthday and to join him and [José María] Olazábal, my two idols in golf, it’s something amazing,” said Garcia.

“José sent me a text on Wednesday telling me how much he believed in me and what I needed to do, believe in myself, be calm and not let things get to me as I had in the past.”

“He said, ‘I’m not sharing my locker at the moment and I hope that I get to do it with you’. So if you guys wouldn’t mind putting me with José, it would be great.”

“He’s a great man and we’ve had a great relationship for many, many years. To be able to join him and Seve as Masters champions from Spain, it’s unbelievable.” 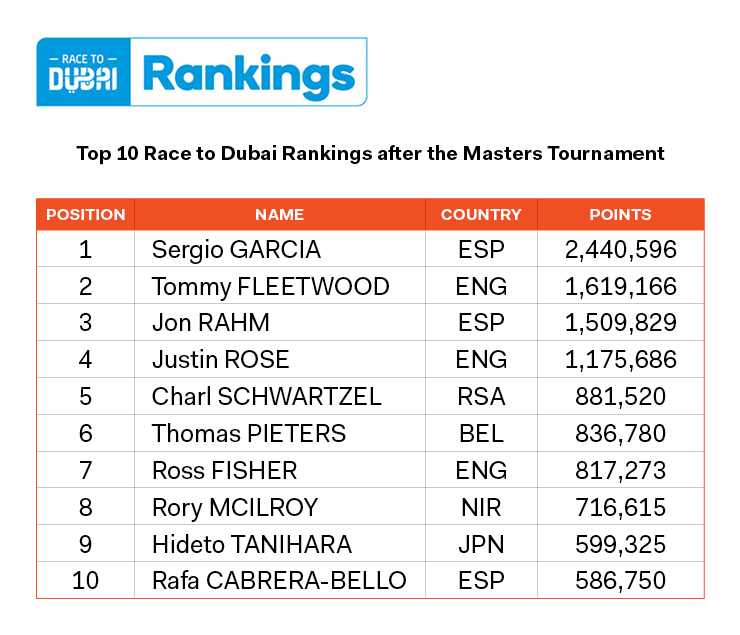