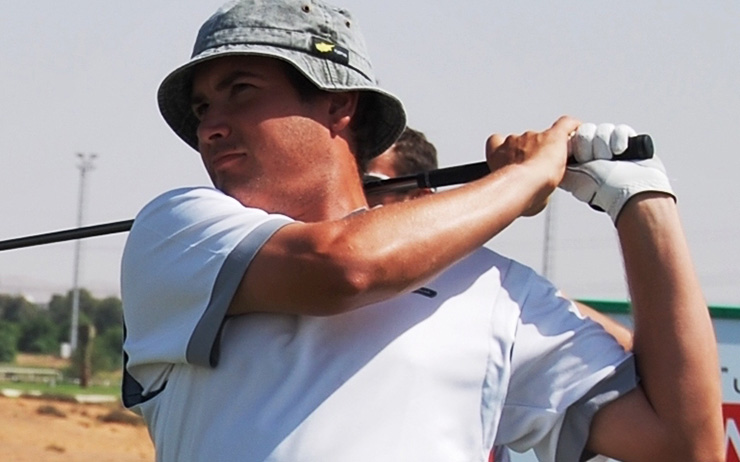 Dubai-based Swiss amateur Michael Harradine is within striking distance of early leader Lionel Weber after a weather-hit first round at the Mountain Creek Open by Golf Citizen in Korat, Thailand.

Multiple MENA Tour winner Luke Joy was six under through 16 holes but a bogey on the 17th and double on 18 saw the Englishman settle for a 69 and solo fifth, one ahead of Czech Cyril Suk, Thai Pattaraphol Khanthacha and Blake Snyder (USA).

Harradine, who created headlines in January when he flirted with winning an Asia Tour card, mixed five birdies and a bogey in his 68.

The 33-year-old Swiss national team representative, who left for Thailand after breaking his own course record at The Track, Meydan Golf in Dubai en-route to winning the AGMC Men’s Open, an EFG order of merit event, with rounds of 69-72, leads the Mountain Creek amateur division by three shots from Indian No.1 Rayhan Thomas.

On day when an afternoon thunderstorm suspended play for 70 minutes, 16 players broke par at the Seve Ballesteros-designed course while two players will have to return in the morning to complete their first rounds after play was eventually called due to poor light.

Elson, meanwhile, overcame an opening double bogey to stay in contention with a 68.

“I had an early start, but it was pretty hot out there. I had an up-and-down front nine. Doubled the first and then birdied the next four holes which was good,” said Elson, who made the turn at -3. 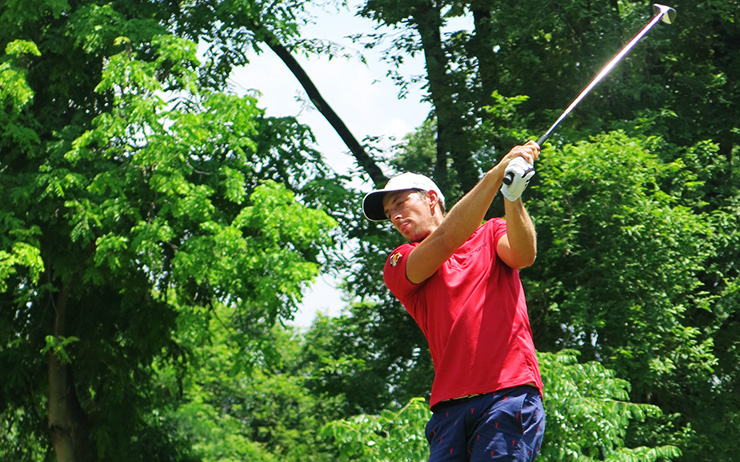 “My back nine [holes] were fairly steady. It’s just one of the courses that demands accuracy off the tee. If you are off line, you are going to lose the ball. Overall, I am very happy my with day’s work.”

Hogarty, who won the season-ending MENA Tour Championship last year, was also pleased with his opening round in what is his first golfng foray to Asia.

“I had a fairly good front nine as I kept the ball in play. This course is of medium length, but you have to hit it straight as it is pretty tight,” he said.

“The back nine [holes] are shorter and I played really them well. I missed one shot at 14 when I couldn’t find my ball. I have never been to Asia before and I am really enjoying the Thailand swing — and even losing a bit of weight in this heat,” he half-pie joked.

Czech Republic’s Cyril Suk provided the highlight of the day, reeling off six birdies, including three in a row from the first, on the front nine, but struggled to maintain the momentum coming home, eventually settling for a 70.

Elsewhere, England’s Craig Hinton, the winner of the MENA Tour’s Order of Merit title last year, returned a 75 while Zane Scotland, a 10-time winner on the MENA Tour, carded a 78.

A guaranteed spot in the PGA Tour’s 2018 DEAN & DELUCA Invitational (for the MENA Tour champion), multiple European Tour starts, including the Omega Dubai Desert Classic, the Hassan II Trophy, Maybank Championship Malaysia, and the KLM Open, are key incentives for MENA Tour members, in addition to playing privileges on the Sunshine Tour, and exemptions into the Final Stage of the Sunshine Tour and Asian Tour Q-Schools.