Dottie Pepper on tracking Tiger, getting sick after her biggest win, and the cool perk of being a Masters announcer 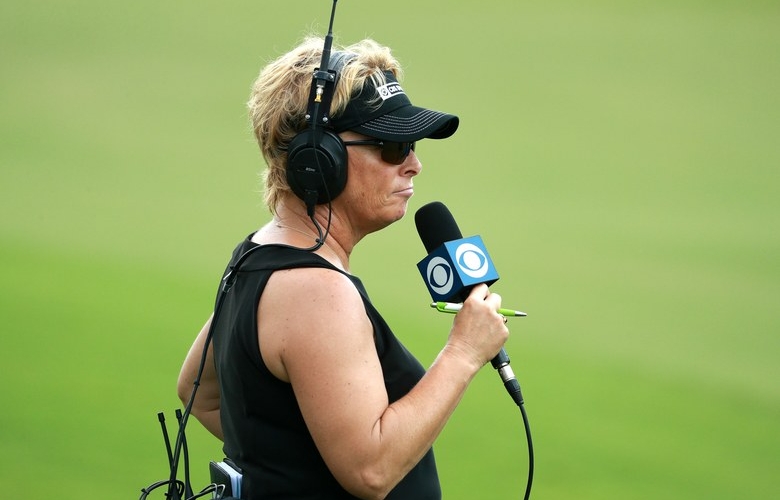 By Alex Myers
Dottie Pepper—like Johnny Miller—has become such a popular broadcaster that many golf fans forget her playing career includes two major championships. But Pepper has also forgotten a lot about the aftermath of her second Nabisco Dinah Shore title (now the ANA Inspiration) in 1999. Just not for any reason you’d expect.

Following her celebratory plunge into Poppie’s Pond, Pepper contracted a bacterial infection that caused her numerous trips to urgent care and pretty much took her out of competition for the next six weeks.

“I still don’t remember the flight back,” Pepper recalls. “I was seriously sick.”

As Pepper explains, the incident helped spur the tournament to put concrete on the bottom of the pond. Although, that posed a different problem years later when Stacy Lewis’ mom broke her leg. In any event, Pepper, now the lead on-course reporter for CBS Golf, took time out of her schedule to hop on this week’s Golf Digest Podcast.

In addition to sharing stories from her playing days, Pepper told us what it’s like to track Tiger Woods as he looks for his record 83rd PGA Tour win, and what it was like to follow him at Torrey Pines on the day basketball legend Kobe Bryant died. The 17-time LPGA winner also talked about her transition from player to broadcaster and revealed the cool perk that comes with announcing certain holes at the Masters.

Plus, Sam Weinman and Keely Levins joined me to talk about Webb Simpson’s putting turnaround and a possible rival to the PGA Tour. And then Stephen Hennessey and Christopher Powers stopped by to offer their best bets for the AT&T Pebble Beach Pro-Am and a crazy Super Bowl prop bet that hit. Please have a listen:

Hal Sutton on the real reason for that Tiger-Phil pairing, which equipment change had the biggest effect, and “Be the right club today!”