Despite years of rumours and government interference, the 2022 Ryder Cup will be played in Rome 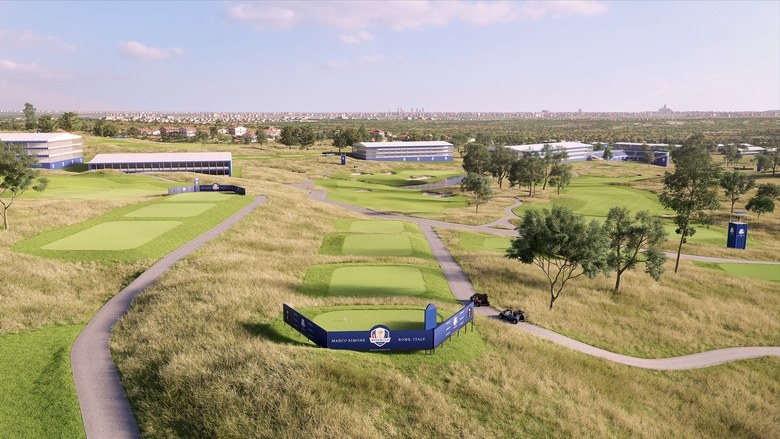 By Joel Beall
Rome was awarded the 2022 Ryder Cup in December 2015. But that fate wasn’t finalised until this week.

The biennial match’s visit to Marco Simone, just 10 miles outside the centre of the “Eternal City,” had come into jeopardy at the hands of the country’s government. In 2017, the Italian Senate slashed an amendment to a bill that would have provided 97 million euros ($103 million) to the Ryder Cup, money that is vital to running one of golf’s premier competitions.

“I hope the government quickly finds a solution which responds to the prerequisites asked for by the organisers,” Andrea Marcucci, president of the Senate’s culture and sports committee, said at the time. “I want to remind everyone that the tournament has considerable economic spin-off and television rights. The amendment in question didn’t call for further public spending.”

This waffling fueled years of rumours of a destination move. However—with the European Tour in Italy this week—event organisers reaffirmed their pledge to the 2022 event, releasing images of the renovation that is underway at Marco Simone.

“Our commitment for The Ryder Cup 2022 is not only to host an iconic sports event, but also to leave a legacy for Italy and the Italian people,” said Gian Paolo Montali, general director of the Ryder Cup project. “With the work being carried out at Marco Simone, the 2022 Ryder Cup course will become a sporting pilgrimage site that will continue to attract golfers for many years and will help develop to economic income through golf tourism.”

All 18 holes will be reconstructed as part of the endeavour, which is being headed by European Golf Design working in conjunction with Tom Fazio II.

Alongside the work to the course, the clubhouse and practice facilities will also be fully refurbished, to allow Marco Simone to host the Italian Open in autumn 2021.

Organisers also released the Ryder Cup dates this week, with the event starting on Sept. 30.

Next year’s Ryder Cup will be played at Whistling Straits in Haven, Wis. The Europeans are the defending champs.

Come for the 14-club challenge between the two Ryder Cup captains, stay for the axe-throwing contest