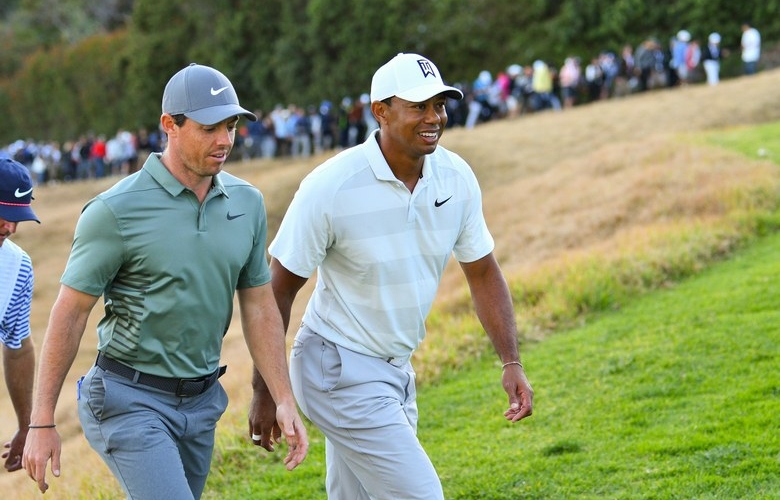 By Joel Beall
Who needs buzzer-beaters or historic upsets. The real madness this March is happening on the PGA Tour.

Despite stiff competition from the NCAA basketball tournament, the Arnold Palmer Invitational drew a 3.6 overnight rating on Sunday. That is miles ahead of last year’s 1.5 mark, when Marc Leishman fended off Kevin Kisner, Charley Hoffman and Rory McIlroy at Bay Hill. Though Sunday’s figure didn’t match the Valspar Championship’s absurd 5.1 rating, the 3.6 tied numbers from the final rounds at the U.S. Open and PGA Championship, and bettered the Open Championship’s 3.2.

This result is largely a byproduct of the presence of Tiger Woods and his spirited final-round surge. The 42-year-old overcame a five-stroke deficit to get within one of the lead, a comeback that coincided with NBC’s peak 4.89 rating from 5:15-5:30 p.m ET. However, Woods ultimately bogeyed two of his final three holes to finish in a tie for fifth. However, as Woods began to fade, McIlroy went on a tear of his own, carding birdies on five of his last six holes to beat Bryson DeChambeau by three.

The four events that Woods has made the cut—the Farmers Insurance Open, Honda Classic, Valspar and API—are the four highest-ranked telecasts of the PGA Tour season.

Woods is not in the field at this week’s WGC-Match Play in Austin, and is not scheduled to play at the Houston Open before teeing it up at the Masters. It will be his first time at the tournament since 2015.