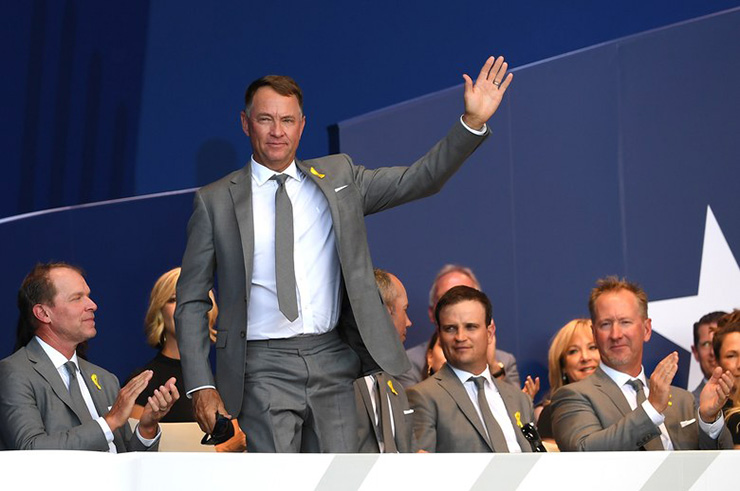 By Joel Beall
CBS Sports is seeking to shake up its golf presentation. Days after news broke that it was not renewing the contracts of analysts Peter Kostis and Gary McCord, the network has added a new voice to its lineup.

On Tuesday, CBS announced that Davis Love III is joining as a full-time analyst for the Masters, PGA Championship and PGA Tour coverage. Golf Digest’s Dave Shedloski broke the news on Monday that Love, who is close friends with CBS golf producer Lance Barrow, was in the mix for a position.

“I have long considered CBS Sports the gold standard in golf coverage,” Love said in a statement. “Whether playing or coaching, I have always loved the team aspect of golf, and I am thrilled to now be a member of the best team in television.”

Love is one of the more respected personalities in the sport. A 21-time tour winner and 1997 PGA champ, Love has served as captain of the U.S. Ryder Cup team twice and was inducted into the World Golf Hall of Fame in 2017.

Love said his playing days are not necessarily over—he’s in the field at this week’s alternate-event Bermuda Championship—but while he will play selective tournaments, his focus is “fully shifted” to broadcasting. Love, 55, will make his CBS debut at the 2020 Farmers Insurance Open in January.

“Davis is one of the most accomplished and respected players in the game of golf,” said Sean McManus, chairman of CBS Sports, in a statement. “With his playing experience, reputation and relationships across the golf community, he brings a unique perspective and insight that will enhance our broadcasts. Davis is the perfect fit for CBS, and we look forward to him making the best broadcast team in golf even better.”