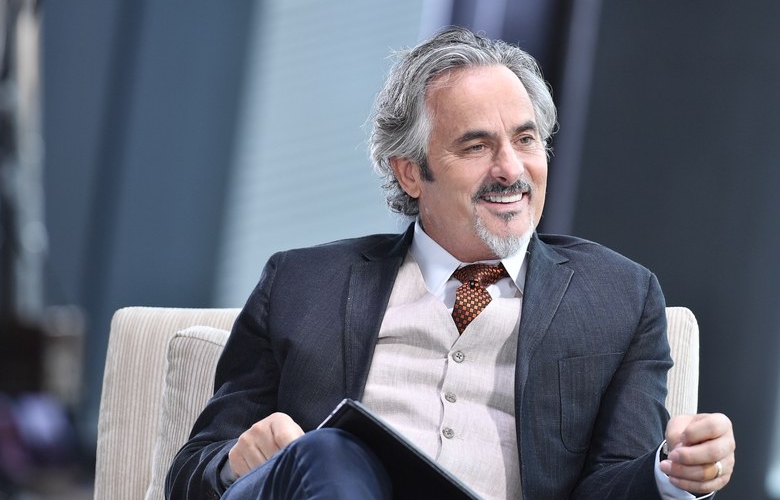 By Joel Beall
Following a stint as a commentator at the Winter Olympics, David Feherty will be back inside the ropes this week as golf gears up for the Masters. Feherty’s eponymous show is also returning to the Golf Channel on March 5, ditching its historical one-on-one format in favor of a panel discussion. These roundtable discussions will feature Rickie Fowler and Jack Nicklaus (March 5), Tom Lehman and Justin Leonard (March 12), and Ray Allen and Jon Lester (March 19). On tour to promote the show, we talked to Feherty about rowdy fan behavior, Rory McIlroy’s struggles and why Tiger Woods will win again.

Golf Digest: You just finished up coverage for the Winter Games. With two Olympics under you belt, what’s surprised you about working this event?

David Feherty: Well the Winter Games were a lot colder! I fell down a lot more; I think I only fell once during the Summer Games. I can’t tell you how many times I slipped and fell on my ass. I invited a new skating jump: the Triple Klutz. That’s when you fall down once and fall down twice more trying to get up.

It was a great experience both times, but the Winter Games would be my favorite. I enjoy the sports more and getting to see them live and up close for the first time was incredible.

You’ve made numerous endeavours outside the scope of golf, such as standup, writing and charity work. Obviously your show and work with NBC takes a sizable amount of your time, but, similar to your Olympic experience, are there any other ventures outside of golf that you eventually want to try?

Good question. Not off the top of my head…No. I think I’ve gotten to the point where if I start doing something else I’m going to have stop doing something. Ideas these days, if I get one, I have to sort of throw it out.

Tiger Woods just had his most promising showing of his latest return at the Honda. I think most in golf considered a clean bill of health for the Masters as the standard of success in his comeback, but following his performance at PGA National, is it time, or even fair, to expand those expectations a bit?

I think so. Just from first look, he’s carrying himself differently, he’s walking differently, his body language is markedly different from the way it has been.

And it gives me the sense that something’s stirring in there. It might be an awakening. If he can stay healthy, I think he’ll win again. The only mistakes I’ve ever made about Tiger is when I’ve underestimated him. He has such a strength of will. The thing people don’t bring up very often is how much he adores the game. He loves, loves to play golf. And you have to love to play golf to go through what he’s gone through the past couple years, because Lord knows he doesn’t need to. 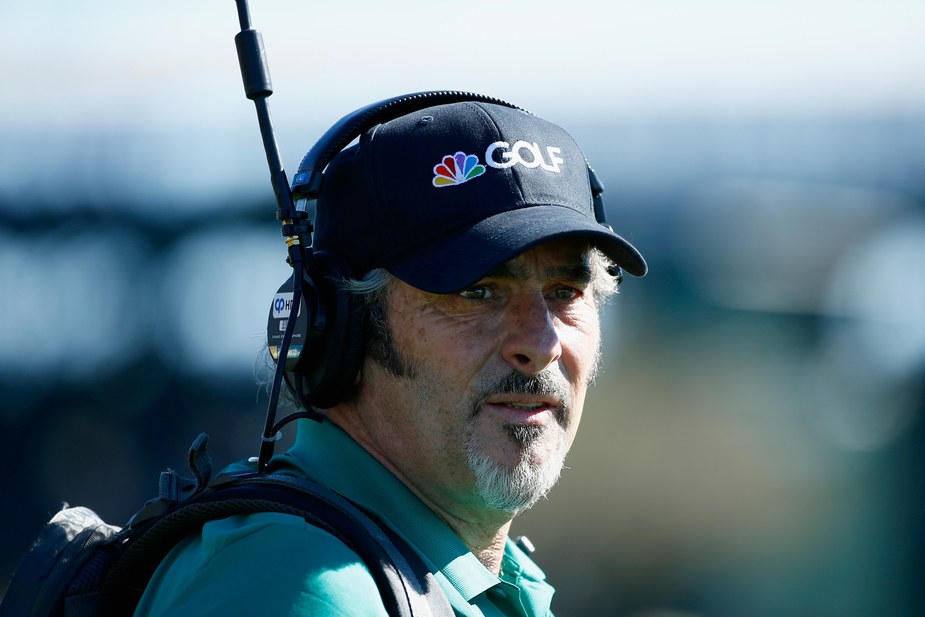 Fan behaviour has become a recurring topic as of late; just this weekend Justin Thomas tossed someone from the gallery. There’s a certain degree of latitude when this concerns Phoenix, but the rowdiness seems to be spreading, and as we saw at Hazeltine a few falls back, it can be a blemish on the game. You’re inside the ropes with these guys; are these merely isolated cases, or is there a genuine cause for concern?

Well, I’ll tell you, it’s something Tiger has put up with for many years. The distractions he’s had to put up with are amazing compared to what everyone else has had to deal with.

I saw what happened (with Thomas). What seems to have happened with this guy is that he didn’t make just one comment, he had made a few appearances on the ropes. If you get someone stalking a player and making negative comments, it’s time to go. It’s not part of our game.

And I get the Phoenix thing, I do. I wouldn’t want to see Phoenix every week, but I’d like to see a little of Phoenix every week. A little more of that. But you got to be respectful of the players just before and when they hit, it’s the nature of our game. Now, after they hit, that’s an entirely different thing. If someone makes a comment then, well, shut up.

Are you worried we are going to see crowd issues at the Ryder Cup in France?

We were just talking about that. If people think Minnesotans are rude, wait til we get to Paris! It will be very partisan, and I imagine fairly raucous there. I’m familiar with the venue because we used to play the French Open there…I expect it will be a hell of an event when it comes to that.

But in golf, the fans police themselves to a certain extent, just like how players police themselves. If you get someone who is completely out of order, he’s liable to get the shit kicked out of him. I don’t think it will be a problem. 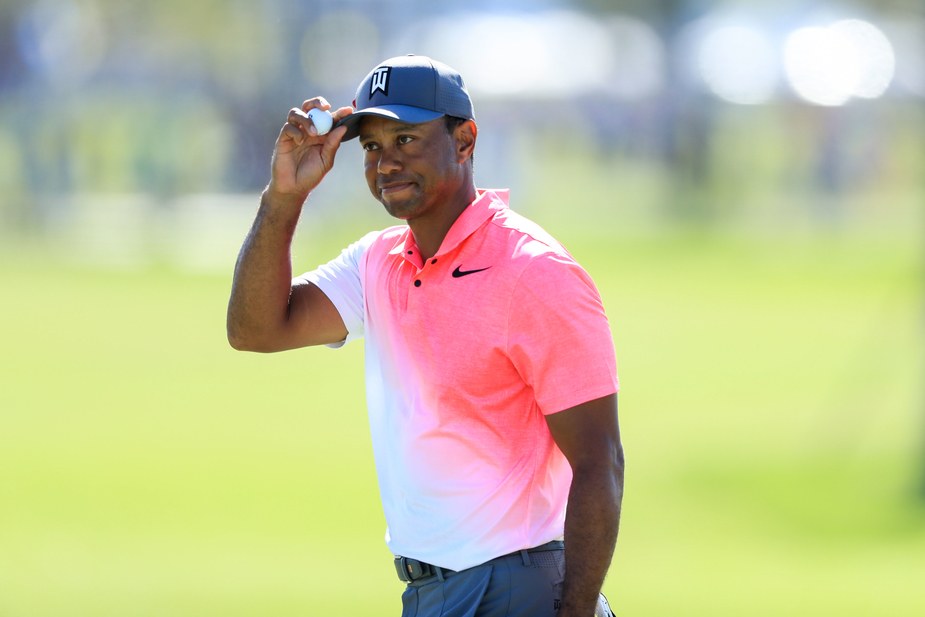 Speaking of Thomas, the last three seasons or so have seen the top ranks dominated by youth. This doesn’t appear to be an aberration, with players continuing to make an impact in their early-20s. Why are these guys so formidable at a young age now?

The reason they’re so formidable is just coming back himself. Tiger Woods is solely responsible because the way he played around the turn of the century and these kids were seven, eight, nine years old. You know they had a golf club in their hand watching their fathers’ watch Tiger Woods. He raised the bar to a point where, well, people like me could get underneath it.

You know, it was something to aim for these kids, something to strive for. And in the meantime, it’s not possible…they’re not going to play like he did. Nobody is. My children won’t see that golf, their children might not see that golf. Hell, he won a U.S. Open by 15 shots. The last person to win a major championship like that was Old Tom Morris at the Open in 1862, back when he was playing with a badger’s testicles stuffed with seagull feathers.

It seems like every few weeks we’re watching a fledgling talent enjoy a breakthrough. Is there anyone you have in mind who seems ripe for the next star turn?

You know, for the life of me, I don’t really understand what’s happened with Rory. I think he’s going to be a player that has streaks, he’s not going to be that consistent. I think he still has a lot left in him though, and there’s a lot left to see there.

But there are just so many good young players now. The strength and depth out there is amazing. There are players on the Web.com Tour who could easily win on the PGA Tour, and honestly, probably win a major…

…You saw that with Sam Burns at the Honda, going toe-to-toe with Tiger Woods…

Yes! Exactly right. That’s the kind of youngster that has the type of attitude to get it done.

And what amazes me is nobody chokes anymore. What the hell happened to that? I remember choking very vividly. It’s like these kids forgot how to do it, or maybe they never learned. But they’re so steady now. 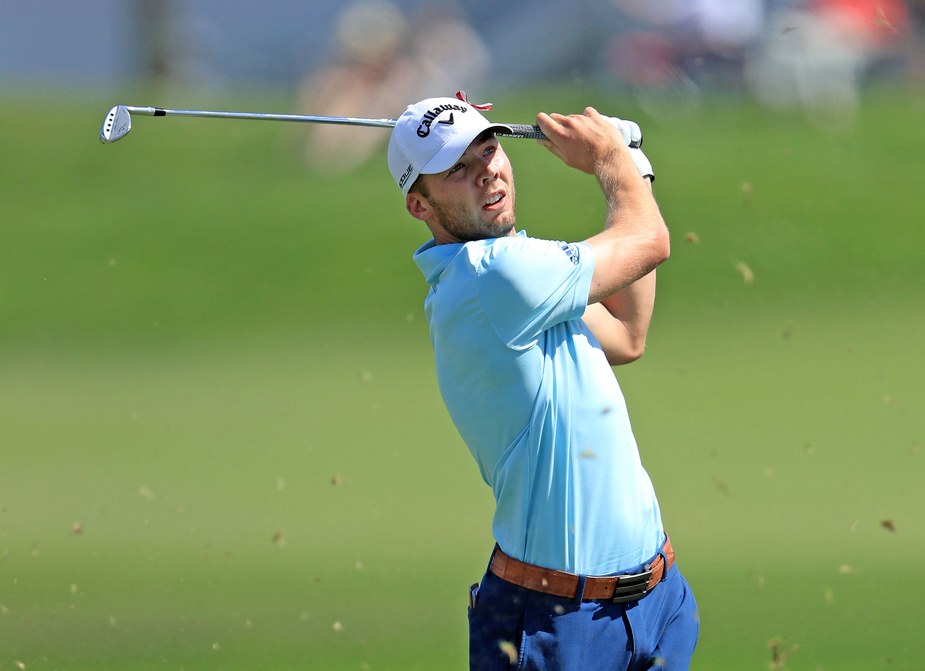 You’re changing the format of your show from one-on-one interviews to a roundtable discussion. You’ve enjoyed success with its previous configuration; what spurred this change?

Well, it wasn’t broken so we decided to fix it…I’m not sure what spurred it. It was a lot of lying around on a sofa, so we decided to get a sofa and put people on it. And the hope that we would get crosstalk as well. If I’m listening to someone like Ray Allen ask Jon Lester a question, I think that’s just as relevant as one I might ask, and probably more interesting.

It is something of an experiment, but from the shows I’ve done so far, I think it works. There have been a couple of shows, I’m thinking of one we did with Billy Horschel, Kevin Kisner and Pat Perez that was just hysterical. And we’re hoping we get a lot more of that.