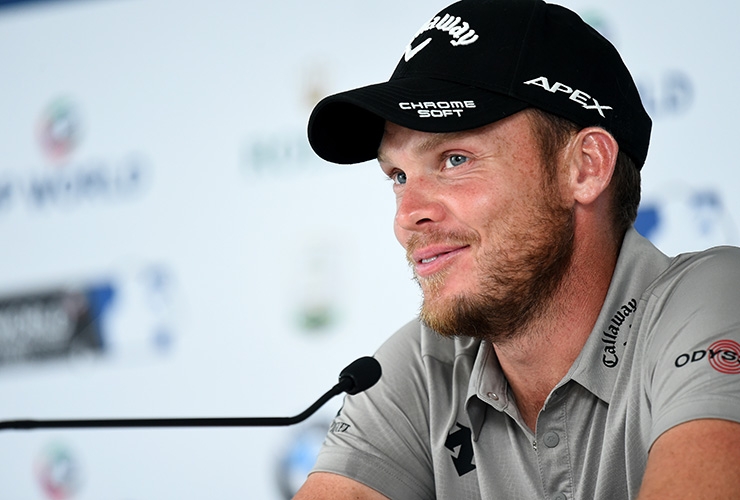 By Kent Gray
Add Danny Willett’s name to the growing chorus of support for the new European Tour-PGA Tour alliance. Mark the former Masters champion down too as a proponent for a strong Middle East presence in the expected new world order.

Speaking on the sidelines of the European Tour’s new Golf in Dubai Championship at Jumeirah Golf Estates, the 33-year-old Englishman said the strategic alliance between the two tours “can only be a good thing for golf globally”.

The agreement will see the tours collaborate on scheduling, prize funds and playing opportunities for each circuit’s respective members. Shared commercial opportunities including global media rights will also be explored with the PGA Tour to acquire a minority investment stake in European Tour Productions, which produces and distributes content internationally for the tour.

So, can you see a place like Dubai as part of a more worldwide scene in the future?

Willett praised CEO Keith Pelley for taking the European Tour from “strength to strength over the last five years with the introduction of the Rolex Series and countless other things around the world.”

“Keith is really trying to create a solid platform to entice the world’s best guys to play on the European Tour and mix it in with the World Golf Championships and the Majors and their events back in the states. Fingers crossed this can, if anything, gives guys more opportunities to play in different countries against better fields. It can only be a good thing for golf globally.”

“We don’t know all the details, how that will work, but a 20% minority share, to have Jay Monahan on the board can only be a good thing, he’s done a fantastic job on the PGA Tour as commissioner over the last few years. With himself, Keith Pelley and the other guys on the board in Europe, it can only be a good thing for European golf and for golf globally, to be honest,” Willett said.

“I’m hoping it opens up the door and gives the guys a few more opportunities to play a bit more of a worldwide schedule and for maybe a few more of the European Tour guys who don’t play much in America, to give them chances to play there and play against the best fields in the world on a more regular basis. Dip your feet in the water over there and see how some guys can take it.”

Is there a danger the new alliance will work against “rank and file” European Tour members?

“You’re obviously finding ways to create a way to have equal opportunities to play in these great events, but as with any event, if it’s offering bigger prize funds and better courses to play on then obviously you get the best guys wanting to play.

“Those events might not go as far down the list as some players want it to but that’s been the story forever on the tour really. The stronger events get the better fields, but then the other guys get to make up their schedule with different tournaments.

“American have obviously done a great job in the last number of years with having events on at the same time as World Golf Championships, giving guys options to play. You’ve still got to look at next year, I think there’s 46 or 48 tournaments going ahead so there are a hell of a lot of opportunities still there to play golf and to sort your ranking and eventually be given the opportunity to play in the bigger events.”

Willett will tee it up at 12 noon today in the company of fellow major champion Martin Kaymer and Belgian Thomas Pieters and thanks to a relaxation of the qualifying criteria will also play next week’s DP World Tour Championship.

Controversy-courting American Patrick Reed has a chance to become the first American to win the Race to Dubai (previously OOM), a prospect Willett welcomes.

“I think it’s a very good thing for the European Tour. I think he’s been a very solid promoter of our tour for three or four years now. I see him a good bit worldwide when we’re playing golf and he loves it over here.

“He loves playing the European Tour, he loves the challenge of the different golf courses and the different conditions. If more Americans had been members of the Tour, with how they finish in Majors and World Golf Championships, we may have seen other Americans win the Race to Dubai over the last few years but the guys haven’t wanted to commit to the minimum events.

“For me, good on Patrick for committing to them and he’s not only coming and playing the big events, he played the Porsche European Open in Germany and others just to get his numbers up. So, for me, if he were to do so it would be a real feather in his cap.”