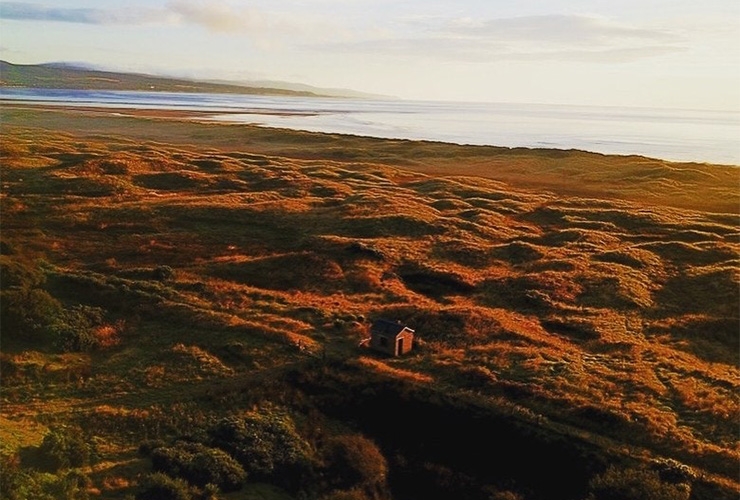 By Derek Duncan
The prospect of a new course in Scotland, Coul Links, one gently layered by Bill Coore and Ben Crenshaw into perfect crumpled linksland north of Dornoch and animated by the touch of Mike Keiser, seemed almost too good to be true. In February, it was: The Scottish government denied the necessary permitting needed for Coul Links to proceed (the name already existed, predating any talk of golf), citing environmental concerns including the impact on dune systems and projected disturbances of bird habitats.

In truth, this was never very fun—not for Keiser—whose projects include Bandon Dunes, Cabot Cliffs, Sand Valley and others—and the development team who met early, intense resistance from a coalition of special interests who were protective of rare plantlife and wildlife in the area. Even so, the project was originally approved by local commissioners—before that decision was overridden by Scottish Ministers during the appeal process.

The final Town and Country Planning report, released a few weeks ago, states that while the ministers concluded the Coul Links proposal “is of local and regional significance in socio-economic terms” and would create “good jobs” and help develop local communities, it was not “nationally important.”

“The likely detriment to national heritage,” the report reads, “is not outweighed by the socio-economic benefits.”

“The people of Dornoch and Embo were all for it, not to mention all the (area golf) clubs,” Keiser told Golf Digest this week, noting how adding another notable course in Inverness would attract significantly more golfers to region, benefitting everyone. “The ministers basically said, ‘That’s nice, but we’ve made our decision.’ ”

Asked how he has reacted to the news, Keiser said: “It’s been (going on) so long that it’s frustration, not anger.

“I know the players in these environmental groups don’t hate me, they just hate golf. They’re playing their role, and we in the golf community give them too much rope to hang us with.” (One person close to the project told Golf Digest that Keiser may have “got Trumped,” referring to the contentious construction of Trump International Golf Links, opened in nearby Aberdeen in 2012, that left a toxic and lingering animosity among Scots.)

The Coul Links denial could have long-term consequences, at least where coastal golf development in the United Kingdom and Ireland is concerned. Given the high cost of exploration (Keiser estimates it can cost around $3 million just to get a proposal through the application phase), the bureaucratic levers of the European Union and ingrained opposition from a variety of environmental forces, it’s unlikely another entrepreneur, especially an American, will soon foray into links golf. Which is unfortunate.

“I believe that golf courses, especially when they’re on a spacious site, will be deemed by scientists who quantify these things as carbon sponges,” Keiser says. “And wouldn’t that be good for golf?”